More than a handful of outstanding lawyers and judges could potentially fill the Supreme Court of Canada’s impending Ontario vacancy — including racialized and Indigenous jurists — but the signals from the Liberal government suggest the preferred appointee will be a bilingual woman this time around.

Applications close by end of day May 13 for the Ontario spot that opens up when Justice Michael Moldaver retires Sept. 1, so it remains to be seen how many will apply for this vacancy, for which the government said it is seeking a jurist of the “highest calibre, functionally bilingual, and representative of the diversity of Canada.” 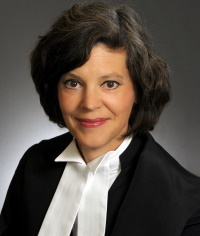 Prime Minister Justin Trudeau’s avowed commitment to reconciliation with Indigenous peoples also suggests he could appoint Canada’s first Indigenous Supreme Court of Canada judge — a long sought development and one that Kim Campbell, the chair of the independent committee that advised the prime minister for four previous Supreme Court appointments, has predicted will happen “soon.”

As for other possible considerations, members of the bar and bench in at least some quarters are pressing the government to appoint a criminal law expert to succeed Justice Moldaver, given the major role he plays in an area of the law which constitutes nearly half the top court’s docket.

Opinion on that score is divided, however, including within the criminal law bar, with some pointing out that the top court can already draw on the expertise of Justice Sheilah Martin, the ex-University of Calgary law dean who practised and taught criminal law, in addition to presiding over criminal trials.

Toronto’s John Struthers, president of the Criminal Lawyers’ Association, told The Lawyer’s Daily it “would make sense” for the appointee to have expertise in criminal law. “It’s a very complicated, detailed and fractious area of the law,” he observed. “But I, at the same time, think it’s more important to ... have somebody with kindness, empathy and respect for the Charter, than it is anything else.”

Paul Cavalluzzo of Toronto’s Cavalluzzo, a leading labour and employment lawyer, said “from my perspective, what is needed is someone who is strong in public law, particularly the Charter of rights.” 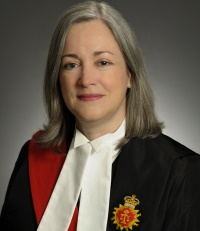 “We’ve lost Justice [Rosalie Silberman] Abella, who was a key person in respect of the Charter, as was [former] chief justice [Beverley] McLachlin,” Cavalluzzo elaborated. “As a result of those losses, I think it’s crucial that we have someone that is expert, experienced and has a facility with, the application and interpretation of the Charter of rights, [and] other areas of public law, particularly the review of administrative agencies and administrative tribunals.”

The prime minister will pick from a short list of three to five candidates generated by the non-partisan Independent Advisory Board for Supreme Court of Canada Appointments, chaired by former P.E.I. premier and law dean Wade MacLauchlan, and comprising three people nominated by Lametti, along with three practising lawyers nominated respectively by the Canadian Bar Association, the Federation of Law Societies and the Indigenous Bar Association (IBA), as well as a retired superior court judge nominated by the Canadian Judicial Council, and a legal scholar nominated by the Council of Canadian Law Deans.

Once the shortlist is finalized, the government says Lametti will consult with Chief Justice of Canada Richard Wagner, “relevant provincial and territorial attorneys general,” relevant cabinet ministers, opposition justice critics, as well as members of both the House of Commons Committee on Justice and Human Rights and the Senate Committee on Legal and Constitutional Affairs.

The board will have consulted as well with representatives of the bench and bar, and with Chief Justice Wagner with respect to the court’s institutional needs. The government says it will fill the vacancy in time for the Supreme Court’s fall session. 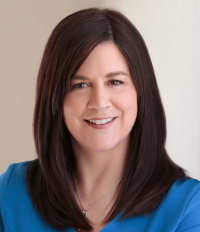 In addition to the impeccable legal credentials and experience, good character and sound judgment demanded of a Supreme Court judge, a judicial philosophy that does not clash with the incumbent government’s progressive leanings, and its approach to criminal law policy and reform, will likely play into the prime minister’s decision.

Input from Deputy Prime Minister and Finance Minister Chrystia Freeland (the daughter of lawyers) and Public Safety Minister Marco Mendicino, an ex-federal Crown, who both represent Toronto ridings, is likely to be influential.

Those suggested as potential Supreme Court candidates include Associate Chief Justice of Ontario J. Michal Fairburn, Ontario Court of Appeal Justices David Paciocco, Julie Thorburn, Gary Trotter and Michael Tulloch, as well as very recent appointees to Ontario’s top court, Justices Jill Copeland, Lise Favreau and Jonathan George. (Others were mentioned as Supreme Court-worthy, but thought unlikely to apply for various reasons, including their age, newness to the appellate bench or reluctance to move to Ottawa. Any glaring omissions in this list reflect the scope of this article and not the merits of unmentioned jurists.) 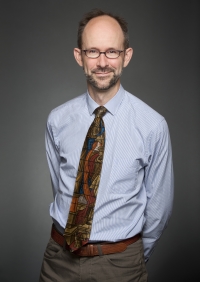 University of Victoria law professor John Borrows, who is a member of an Ontario First Nation, was also cited as a possible candidate — although it remains a question whether Borrows can meet the government’s baseline eligibility requirement for Supreme Court appointment of “functional bilingualism,” i.e. being able to read and understand (and preferably also converse) in French without interpretation or translation.

(Having reached out to multiple sources, The Lawyer’s Daily ascertained that Justice George is not functionally bilingual, but did not ascertain whether Borrows and Associate Chief Justice Fairburn, who both have been studying French, are currently functionally bilingual, nor whether Ontario Superior Court Associate Chief Justice McWatt can hear cases in French. Justice Tulloch has also studied French but does not hear cases in French.)

Judges who can hear cases in French without interpretation include Justices Thorburn, Copeland, McTavish, Grammond and O’Bonsawin.

Sources also confirmed that two of the country’s leading thinkers and writers on criminal law, Justices Paciocco and Trotter, are not functionally bilingual and hence are presently ineligible for the top court.

“I think that is unfortunate,” remarked retired Ontario Superior Court Justice Colin McKinnon, who also pointed to Ontario Associate Chief Justice Fairburn as a stellar candidate for the Supreme Court.

“Any of those three would be spectacular appointments, and I fear that none of them might qualify because of the requirement for functional bilingualism,” said McKinnon, an ex-president of the Ontario Superior Court Judges Association and a former Ottawa civil and criminal litigator. 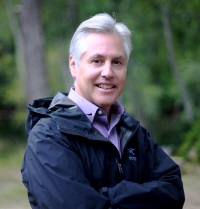 “I think the prime minister really made a strategic error with the ... insistence on functional bilingualism,” McKinnon explained, “because I think it forecloses about 90 per cent of the best and the brightest candidates for that court [across the country], including Indigenous candidates.”

The IBA, which has pressed for years for the appointment of an Indigenous jurist to the top court, continues to argue that the Trudeau government’s insistence on appointing only bilingual jurists who can function in French has been a major stumbling block. (Murray Sinclair, the former chair of the Truth and Reconciliation Commission (TRC), and former Assembly of First Nations National Chief Perry Bellegarde have both publicly complained that the requirement to be functional in French creates an unfair barrier for Indigenous candidates, particularly those who have been concentrating on acquiring their own Indigenous languages that the Indian residential schools tried to stamp out for more than a century. However, the functional bilingualism policy garners wide support, including from the NDP and Bloc Quebecois which supported an NDP private member’s bill in 2010 that would have legislated the bilingualism requirement for Supreme Court appointees.)

Having been accorded a seat on the advisory board which will solicit and screen the applicants, interview the main candidates, and provide a shortlist to Trudeau, the IBA is currently encouraging Indigenous jurists to apply for the Ontario spot, said its president, Drew Lafond of MLT Aikins in Saskatoon.

Lafond said his approximately 400-member association will be pushing the government to soften its insistence on French as a prerequisite to appointment, as well as the government’s stipulation that the appointee must be an Ontario jurist via bar membership, judicial appointment, “or other relationship with the province of Ontario.”

“The regional representation factor, the bilingual factor, are only [among] a number of factors that need to be considered in appointing a judge,” Lafond said. “I think of key importance — in this case a paramount factor that should be considered — is whether a judge is Indigenous and has the ability to provide representation on the court, and speak to the importance of Indigenous laws,” he said. “There hasn’t been an Indigenous judge to serve on the Supreme Court in its entire history, which is problematic because Canada’s constitutional framework is premised upon three legal foundations: common law, civil law and Indigenous laws. And to enable the Supreme Court of Canada to decide precedent-setting matters, many of which have lasting impacts on Indigenous peoples and the evolution of Indigenous laws in Canada, without the participation of an Indigenous judge, I think undermines the credibility of the Supreme Court.”

(Two-thirds of the jurists who applied for the last Supreme Court of Canada vacancy, filled by ex-Ontario Court of Appeal judge Mahmud Jamal in 2021, were Indigenous, or members of visible minorities. That five Indigenous jurists and seven self-described members of a visible minority applied marked the first time, under the revised application process initiated by the Liberal government in 2016, that racialized jurists made up the bulk of applicants vying to reach the pinnacle of the court system.)

Below are some of the potential candidates for the Supreme Court’s impending vacancy, based in part on information taken from their published bios: