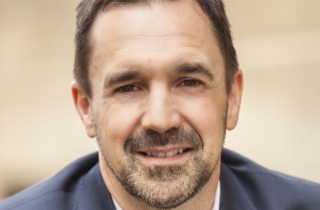 LAA president and CEO John Panusa noted legal aid signed a new four-year governance agreement and funding model with the provincial government and the law society in October, and the strategic plan emanated from that.

“[The plan] captures the ideas and themes from the governance agreement,” he said. “It was really developed from the ground up here with lots of employee input and from the desires we have heard from stakeholders and government.”

The plan, released Jan. 21, identifies a new set of values for the organization: “we are one, we are protectors, we are exceptional and we are independent.” It also outlines a number of strategic areas of improvement and outlines steps to reach those goals, such as enhancing LAA’s reputation by reaching out to stakeholders to help ensure legal aid’s mandate and services are clearly defined; restructuring LAA to unify business areas and optimize workspaces; undertaking redesign work to improve the manner in which legal aid qualifies applicants, appoints counsel and deliver family and criminal legal services; and improving workplace culture to more fully recognize the value of employees.

Panusa said one of the most important priorities for LAA is outreach and improving reputation, noting many feel legal aid’s brand and value isn’t clearly understood by those who make the funding decisions. He added LAA previously was not reaching out to stakeholders and lawyers when major decisions were made.

“We recently did a public reputation survey that found the majority of Albertans knew our name but didn’t know about the programs and services we provide, so that was a call to have a conversation about investing in what we do,” he said. “So, one priority is to have Albertans understand the value we offer to them and to the justice system as a whole, that in fact we are an essential piece of that justice system.”

Panusa said, in the past, LAA tended to be a very siloed organization where employees did not really work together or understand the jobs done in other departments, and changing this is a key step in ensuring quality service delivery.

“When employees did have the opportunity to work together they really saw the value of it,” he said. “Now we have cross-departmental teams; we have job shadowing; we have people placed appropriately to make sure lawyers can access our internal services. We are the biggest law firm in Alberta in terms of the number of lawyers between staff and roster, but we acted like a very small firm — so now we’re acting like a big firm in terms of utilizing all of the resources we can.”

The plan also calls for a comprehensive review to enable LAA to redesign the way it qualifies applicants, appoints counsel and delivers family and criminal legal services to improve the overall client experience. Panusa said LAA wants to make headway on the operational side of the business to have legal aid be seen as a centre of excellence.

“In the past it was difficult for people who needed us most to get into the system, so we’re looking at ways to make it as easy as possible to access our services if you qualify,” he said. “It involves getting rid of a lot of those bureaucratic impediments to getting into the system and just looking at every touchpoint we have.”

“Previously people would qualify for legal aid and then be put into another queue to get a lawyer appointed,” he said. “It was frustrating, so we’ve streamlined that to say you qualify and by the way, we are appointing your lawyer right now. That’s the difference for people on the ground, they’re treated as human beings rather than a number we have to get through the system.”

An additional step LAA is looking into is providing choice of counsel for clients, said Panusa.

“In the past, we would just appoint lawyers based on all kinds of other criteria, not necessarily the lawyer that client wanted,” he said. “We think it’s the right thing to do.”

Alberta is facing a provincial election in 2019, and Panusa noted LAA has engaged with politicians from every party to understand the role legal aid plays.

“We don’t discuss funding. We don’t discuss anything political. We just show them what we do here,” he said. “So, the aim is to inform the public debate so if there is a change in government there’s an intelligent conversation about legal aid. In the past we’ve read transcripts of the legislature and we’ve been kind of horrified when legal aid came up, and there is a sense of all we do is defend criminals. We do so much more than that.”

Class action can be certified even if circumstances vary from one group member to another: SCC