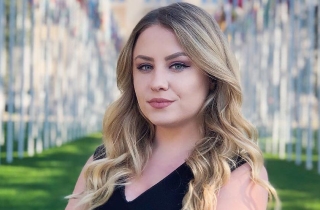 The Law Students’ Society of Ontario (LSSO) is calling for change in its Jan. 31 report on tuition, debt and financial aid experiences, noting that the high cost of a legal education makes the profession less accessible, and by extension, less diverse.

“My wish, if I had one wish, would be to have law schools and the legal profession represent the communities that they serve,” said Heather Donkers, LSSO president and author of the report.

According to the report, over two-thirds of survey participants expect to owe more than $50,000 to financial institutions upon graduation, while almost two-thirds expected to have over $20,000 in outstanding government student loans. Over 19 per cent of students surveyed expect it will take over a decade to pay back their debts.

“What is probably the most important part of the survey overall is part four, in which we actually get to see what students are thinking about tuition and about transparency with regards to tuition. We see, overwhelmingly so, that students are unaware of where their money is going. They don’t have faith in the stakeholders, the government, the law schools and the Law Society of Ontario (LSO), to be transparent in not only why tuition stands as it is today and where tuition stands, but also where it’s going,” explained Donkers.

The report noted that the cost of law school is skewing the area of practice students will chose to pursue after graduation, leading recent calls to seek careers at large firms, instead of work in social justice. Donkers, a J.D. candidate at Osgoode Hall, says she’s attending law school on the Income Contingent Loan Program, which allows her to pay back her tuition over a 10-year period after she graduates.

“So few students get that opportunity,” she said, adding that it’s the only reason why she’s able to go to law school and pursue a career in criminal law.

Donkers said it’s unfortunate for the profession that “bright students” who are committed to social justice work, criminal law, or family law are “forgoing those dreams and forgoing the very reason they came to law school because they can’t pay their debts and that is such a loss.”

The financial pressures brought on by a legal education creep into other areas of students’ lives, the report noted, with students worried about not being able to pay their rent. Donkers said an issue that should be highlighted, which is not necessarily done so in the report are the ancillary costs that accumulate by going to law school.

“The cost associated with networking events and with buying suits for on campus interviews in second year, those kinds of things add up and students who maybe at one point were willing to accept the price of tuition as is are now struggling. I think it causes problems at both the front and the back end in terms of accessibility and diversity,” she explained.

Lack of diversity in law schools was an issue emphasized in the report with the “vast majority” of students surveyed feeling that “the cost of legal education kept their classrooms from properly reflecting the diversity of Canadian society.”

Donkers noted that while lowering tuition would increase access, diversity in law schools is a more complex issue that includes a prohibitive mentality in the legal profession.

Two weeks before the LSSO report came out, the provincial government announced a 10 per cent cut to university and college tuition, eliminating approximately $360 million in the schools’ revenue. In the same stroke, the government removed the “free tuition” grant programs for low-income students as well as the six-month repayment period for Ontario Student Assistance Program loans.

“The LSSO vehemently opposes these changes, which will make it increasingly difficult for students to access and fund law school,” the report stated.

Donkers said the obvious problem with the government’s cuts is it takes away from the schools’ bottom lines without supplanting that income with government support. She fears that this will impact essential student services and make it more difficult for students to pay back their debts.

The LSSO president believes change needs to start with a conversation between stakeholders.

“My impression of this issue, and all the advocacy that I’ve done on it, is that the government, the Law Society of Ontario and the law schools each have a part to play in ensuring that law school is accessible and that the legal profession is accessible,” she explained, noting that current situation is one of “pass the buck.”

The law schools have a valid reason to charge tuition, Donkers said, but they charge too much and then pass off the issue as poor government regulated tuition.

“The government’s not willing to do anything either,” she said, adding that the law society also isn’t confronting the issue.

“No one’s willing to take responsibility for the magnitude of the issue,” she stressed, noting that all the stakeholders need to look introspectively and ask, “how are we contributing to this issue and how can we fix it?”

A few law schools have provided statements about the report, commending the LSSO for highlighting this pressing matter.

The interim dean of Osgoode Hall Law School, Mary Condon, praised the LSSO for addressing “this challenging issue” and she looks forward to further dialogue.

Condon said accessibility is a key tenet of Osgoode and over the past several years, the school has developed an “ambitious program of financial accessibility initiatives to help offset the cost of tuition and ensure the continuance of our robust and innovative academic program.”

“The law school distributed more than $5 million in student financial assistance in the 2017-18 academic year alone,” she explained in an e-mailed statement, adding that the Ontario government’s tuition cuts will “somewhat ease the funding burden for students, the law school must continue its efforts to make a legal education financially accessible to all admitted students.”

Erika Chamberlain, the dean of Western University’s Law Faculty, also commended the LSSO for the report.

“As a first-generation student who relied on financial aid to attend law school, this issue is close to my heart,” she said in an e-mail, noting that Western Law raised over $2.1 million in support of financial aid in its last fundraising campaign, and in 2017-18, over 55 per cent of Western’s law students were awarded almost $1.6 million in bursaries, awards, and scholarships.

“We also provide continuing Dean of Law scholarships of $20,000 per year to our top applicants. We were pleased to see that, reflecting on their finances and available financial aid, the vast majority of our students would choose Western Law again. But we know that more needs to be done to support students, and Western Law will continue to make this a top priority,” she stressed.

William Flanagan, dean and professor of law at Queen’s University, said the LSSO has “produced a compelling report that underscores some of the financial challenges of attending law school.”

“At Queen’s Law, we are fundamentally committed to ensuring that a Queen’s Law education remains financially accessible to all qualified students. Compared to some other Ontario law schools, the tuition fees at Queen’s Law are significantly lower. Last year, our students also benefited from over $6.2M in Ontario government grants and loans, along with another $1.35M in grants and scholarships from Queen’s,” he explained, adding that fundraising to support students with financial needs remains the faculty’s “top fundraising priority.”

“More can be done to support our students with financial need, and the law school remains committed to doing so,” he said in an e-mailed statement.

A statement from the Ontario Bar Association (OBA) noted that in the OBA’s licensing submission to the LSO in October 2018, the organization made clear that “it is impossible to ignore the pressure that law school tuition currently imposes on students and law graduates.”

“Our submission provided input from the OBA’s student section and young lawyers division on some simple changes that the law society could adopt to help alleviate pressures at the licensing stage. However, our members also felt strongly that the significant cost of law school needs to be addressed and that failing to do so inevitably means that students will face financial pressures in even an optimal licensing process,” concluded the statement.

Tanya Blazina, spokesperson for the Ministry of Training, Colleges and Universities, said in an e-mail that she can not comment on the report because she hasn’t had a chance to read it. However, she emphasized that the government has lowered tuition to keep “money in the pockets of Ontario’s students and their families.”

“The government’s tuition reduction for 2019-20 represents the first time Ontario student tuition rates have decreased across all funding-eligible programs,” she added.

The LSO did not respond to request for comment.