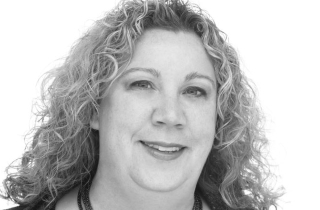 A new Manitoba sentencing court for offenders with fetal alcohol disorders will mean better access to justice for a widespread number of those with the condition — particularly those coming from the province’s Indigenous population, legal minds say.

The court will be in Winnipeg and could be up and running by the end of March, according to both a judge and lawyer who have long advocated for increased supports for those with fetal alcohol spectrum disorder (FASD) in the criminal justice system.

Winnipeg defence lawyer Lori Van Dongen, who sees her share of clients with FASD, told The Lawyer's Daily the new court will specialize in handling both youth and previously diagnosed young adults who suffer from the lifelong developmental condition.

According to Health Canada, FASD is “an umbrella term used to describe the range of disabilities and diagnoses” that could result in children of mothers who drink while pregnant.

“Those who live with FASD may have mild to very severe problems with their health,” stated the government body. “They may have delays in their development, intellectual problems and problems in their social lives,” including learning disabilities, an inability to understand the consequences of their actions and obsessive-compulsive disorders.

This could result in difficulties handling money, reasoning, learning from experiences, remembering things such as appointments and dealing with tasks such as buying food or holding a job.

Van Dongen said the new court is an “extension and expansion” of the province's revamped FASD program. The path to the here and now, she said, dates back to 2004, when an FASD youth program was established for undiagnosed minors. The program would arrange for diagnoses up until the age of 12, but that cutoff was eventually moved up to 18.

The new program, she said, now also covers previously diagnosed youth and adults up to age 25 and who have been diagnosed before age 18.

The program continues to act as a conduit between the offender and the courts, probation officials and community resources, she said.

“I can tell you as a practising defence lawyer, it is significant how many of my clients have this diagnosis,” said Van Dongen. “And, in speaking with my colleagues, it is significant with them as well, and I think that is why everybody is so excited about the announcement, because it is … a game changer.”

Van Dongen hopes the program will eventually widen to cover adults suspected of having FASD but have yet to be diagnosed.

She said the new court and program will be of particular benefit to Indigenous people with FASD.

“I think that it’s, unfortunately, an access to justice [issue],” she said. “I agree that it is socioeconomic, as well, and FASD, in my experience, while it touches every sort of group in the community, there really seems to be, unfortunately, Indigenous peoples that are very much affected in this area.”

Provincial court Justice Mary Kate Harvie has also been an advocate and will be one of around 15 judges set to preside over the new court.

“We have a core group of judges who have expressed a willingness and an interest to participate in this,” said Justice Harvie. “We’re fortunate that we have a bench that has participated in a lot of education on this topic. … Judges here are pretty knowledgeable and are sensitive to [the fact that] this is an issue for people.“

The court, she said, will handle those who have entered a guilty plea or have been convicted following a trial. Legal counsel can request that matters be sent to the new court and an offender's FASD diagnoses would be filed as part of a report to the judge in advance of sentencing. At the hearing, lawyers would examine “whether there is a nexus between the deficits and the offending behaviour.”

“The sentencing judge will consider whether or not the deficits identified reduce the offender's moral culpability or blameworthiness,“ said Justice Harvie. “The deficits will also be taken into account when considering appropriate conditions for any probation order. Those community supports who attend with the offender may be asked for their input.”

Like Van Dongen, Justice Harvie talked of the benefits the new court will bring to disadvantaged communities.

“I don’t think it’s exactly a secret that there is an over-representation of First Nations individuals in the justice system vis-à-vis the general population, and I know the Truth and Reconciliation Commission has made recommendations specifically addressing FASD and inviting the federal government to consider the provisions of the Criminal Code as it relates to mandatory minimums and things like that for someone — whatever their background — with an FASD diagnosis,” she said. “What we hear from the medical side is this is something that is cross-culture, it is cross-socioeconomic boundaries. … From our perspective, we’re not limiting it in terms of one group, one background, one heritage. It’s whoever’s affected. We want to try and take this into account.”

Justice Harvie talked of those with FASD in the criminal justice system as being at “higher risk.”

“What we know is that whatever the prevalence is in the general population, individuals within the justice system with a FASD diagnosis are higher risk and tend to fall between the cracks and their deficits tend not to be taken into account, and that’s what we’re trying to do.”