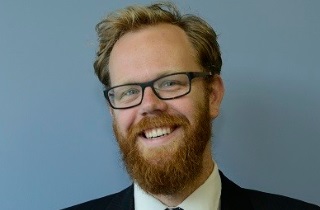 On Feb. 8, the top court unanimously dismissed the appeal of Spencer Dean Bird, a long-term offender with a track record of more than 60 offences, including crimes of violence involving weapons, as well as numerous failed conditional releases: R. v. Bird 2019 SCC 7.

In Saskatchewan provincial court, Bird defended a criminal charge that he breached the residence conditions set by the Parole Board in a long-term supervision order (LTSO), on the basis that, after he served his prison sentence, the board had no authority to require him to live for about six months in a Regina halfway house with a curfew and other restrictions, and that the residency condition effectively kept him in prison, in violation of his s. 7 Charter right not to be deprived of his liberty, except in accordance with the principles of fundamental justice.

The trial judge agreed with the accused that the order was constitutionally invalid, and acquitted him. The Saskatchewan Court of Appeal held his Charter challenge was an impermissible collateral attack on the LTSO, substituted a conviction, and sent the matter back for sentencing.

All nine Supreme Court judges agreed that Bird’s appeal should be dismissed, but did so for different reasons.

The six-judge majority, led by Justice Michael Moldaver, concluded that they did not have to rule on Bird’s claim that the LTSO was not Charter-compliant because the appellant’s constitutional challenge in provincial court was an impermissible collateral attack. The majority ruled that Bird should instead have challenged the LTSO when it was made, rather than breaching it, and then challenging it.

In arriving at that conclusion, the majority applied in the Charter context, for the first time, the 20-year-old Maybrun framework for determining whether a person who is charged criminally with breaching an administrative order can collaterally attack that order: R. v. Consolidated Maybrun Mines Ltd. [1998] 1 S.C.R. 706; R. v. Al Klippert Ltd. [1998] 1 S.C.R. 737.

The determination is made by focusing on whether the legislature intended to permit collateral attacks on the order, or intended instead that a person should challenge the order by way of other review mechanisms.

“Given that permitting a ‘breach first, challenge later’ approach in this context would pose a real risk to public safety and that effective review mechanisms were available to Bird, Parliament did not intend that Bird should be able to circumvent these mechanisms and instead, challenge the residency condition only after breaching it,” Justice Moldaver reasoned. “Rather, Parliament intended that these offenders would ask the Board to vary or remove the condition and/or, if judicial review in the Federal Court would not provide an effective remedy, apply for habeas corpus.”

Justice Moldaver noted that applying to a provincial superior court for habeas corpus “is a remedy that offers simplified procedures that promote greater accessibility by self‑represented litigants and persons with limited means.”

He said via e-mail, “the decision protects the public from the risk posed by dangerous and long-term offenders by requiring those offenders to object to the conditions of their long-term supervision in advance, rather than by ‘breaching first, challenging later.’ ”

Leif Jensen of Community Legal Assistance Services for Saskatoon Inner City Inc., who represented Bird along with Michelle Biddulph, told The Lawyer’s Daily “obviously we are disappointed with the majority conclusions, but happy to see a strong dissent.”

He said that potentially every long-term offender subject to an LTSO would be impacted significantly. “The majority of the court hold that, if the order in question may be unconstitutional, the burden is on the applicant to raise that issue,” he explained. “This means that once they are charged with failing to comply, it is no longer possible to consider the constitutionality of the order. In most cases, people who are on long-term supervision will not have ready access to counsel to advise them of the constitutionality of their orders, meaning that many long-term offenders will have to decide, with little or no assistance, whether to fight their conditions.”

Jensen said the ruling is also interesting from the perspective of access to justice. “There is a significant discussion between the majority and the minority about whether writing to the Parole Board, seeking judicial review, or applying for habeas corpus are reasonable remedies that someone can undertake on their own.”

Jensen suggested the ruling could have impacts beyond criminal law. “The majority’s decision will make it more difficult for individuals to object to the conditions imposed on them in a regulatory context, even where imprisonment is in issue,” he predicted. “It is also possible that this case will have impacts on Charter law more generally — as the [intervener] Canadian Civil Liberties Association asks, does a Charter violation require a remedy?”

Jonathan Rudin, co-counsel with Emilie Lahaie for the intervener Aboriginal Legal Services, told The Lawyer’s Daily “the notion of preventing collateral attacks of decisions of administrative tribunals arose in the context of cases where there were clear appeal routes from decisions, and limited criminal consequences, for failure to follow the challenged decisions. The Parole Board context is completely different, and we think the dissent acknowledged that reality. It is significant that even the majority (at para. 61) suggested that amendments are necessary to the judicial review process [in Federal Court] to make it actually accessible to those who need it.”

In the view of Cheryl Milne of Toronto, co-counsel with Breese Davies for the intervener David Asper Centre for Constitutional Rights, the majority judgment overestimates the availability of habeas corpus as a recourse in these circumstances. But she called it “a bit heartening” that both the majority, and the minority, acknowledge the problems with judicial review “because I think that requires the government and the Federal Court to really take a look at [that court’s] own access to justice issues.”

Justice Moldaver explained that the Maybrun framework balances two principles: (1) ensuring that the legislature’s decision to assign decision‑making powers to administrative bodies is not undermined and (2) ensuring that individuals have an effective means available to them to challenge administrative orders, particularly when these orders are challenged on the basis that they are not Charter-compliant.

“In the Charter context, this means that the person challenging an order must be able to receive an effective remedy that will vindicate his or her Charter rights,” Justice Moldaver ruled. “Where no such remedies are available, it must be inferred that the intention of the legislature is to permit a collateral attack.”

Writing also for Justices Andromache Karakatsanis and Clément Gascon, Justice Sheilah Martin held that Bird’s constitutional challenge to his LTSO residency condition should have been permitted at his trial for breach of that condition; i.e. it was not an impermissible collateral attack.

She agreed with Justice Moldaver that the five factors set out in Maybrun to determine whether the legislature intended to allow a collateral attack on an administrative order, should be applied in these circumstances.

But the minority disagreed with how the majority applied them. Justice Martin concluded that two of the factors — whether an administrative appeal is available and the penalty upon conviction for the breach — “overwhelmingly weigh against finding that Parliament intended for an ‘attack’ like Mr. Bird’s to be barred in these circumstances. … Indeed, it is difficult to imagine in what circumstances the Maybrun factors might permit a collateral attack if not in these.”

Justice Martin observed “unlike the collateral attacks in Maybrun and Klippert, Bird’s collateral attack puts his Charter rights in issue in light of the very real possibility of significant imprisonment.”

She concluded that when the constitutional and carceral dimensions of his case were examined, “it is revealed that Parliament did not intend to prohibit Bird from challenging at trial the constitutional validity of a condition whose breach carries a maximum penalty of 10 years’ imprisonment.”

Justice Moldaver noted that although Maybrun identifies five non‑exhaustive factors that may be considered by a court, they are not independent and absolute criteria, but “important clues, among others,” for determining the legislature’s intention. Those factors are: (1) the wording of the statute under the authority of which the order was issued; (2) the purpose of the legislation; (3) the existence of a right of appeal; (4) the kind of collateral attack in light of the expertise or raison d’être of the administrative appeal tribunal; and (5) the penalty on a conviction for failing to comply with the order.

On balance, he held, with the exception of the final Maybrun factor, the other factors “strongly indicate that Parliament did not intend to permit collateral attacks in circumstances like those existing in this case.”

He reasoned, “with respect to the first two factors, it would undermine the purposes of long‑term supervision if offenders were allowed to take a ‘breach first, challenge later’ approach to the conditions of their LTSOs. The conditions of an LTSO are imposed to reduce to an acceptable level the elevated risk posed by long‑term offenders and dangerous offenders in the community. When offenders breach these conditions, they expose the public to this risk. Permitting a ‘breach first, challenge later’ approach in this context undermines not only the community’s interests, but also those of the offenders, by compromising the offender’s rehabilitative prospects. This outcome is inconsistent with the objectives of the long‑term supervision regime.”

As to the third factor, although the federal Corrections and Conditional Release Act gives no right to appeal the conditions of an LTSO, Justice Moldaver said the evidence indicated there were mechanisms available to Bird that would have provided him with an effective means to challenge the residency condition. Thus the appellant was not denied the ability to fully defend against the charge of breaching the residency condition.

Turning to the fourth factor, Justice Moldaver noted that s. 134.1(2) of the CCRA  gives the board a broad discretionary power to impose whichever conditions on long‑term supervision it deems “reasonable and necessary to protect society and ensure the successful integration of the offender into society”.

“This provision demonstrates Parliament’s intention to rely on the expertise and experience of the Board in determining which conditions are needed in an LTSO to achieve the balance between public safety and the successful reintegration of the offender,” Justice Moldaver wrote. “Therefore, if Bird asked the Board to reconsider its decision to impose the residency condition, the Board would consider matters that fall squarely within its expertise. The fact that Bird’s challenge to the residency condition raises constitutional issues does not mean that it raises considerations foreign to the Board’s experience and expertise.”

Lastly, Justice Moldaver acknowledged that although the penalty for breaching an LTSO condition is “significant,” when that factor is viewed not in isolation, but in conjunction with the other factors, it is clear that it is not decisive that Parliament intended Bird to be permitted to collaterally attack the Board’s order.