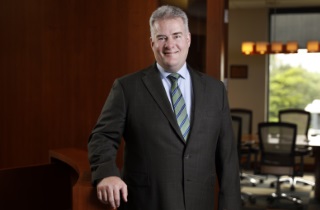 The Canadian Bar Association says it would like to see a “public dialogue” about whether it would be beneficial to separate the posts of Attorney General of Canada and minister of Justice.

Canadian Bar Association (CBA) president Raymond Adlington of McInnes Cooper in Halifax told The Lawyer’s Daily the 36,000-member association agrees with the suggestion last week of former Justice Minister Jody Wilson-Raybould that the possibility of reforming the dual-hatted cabinet position should be studied and considered in the wake of the SNC-Lavalin affair.

“We do not yet have a position on whether the Attorney General and minister of Justice should be separate roles, as we have not had sufficient time to fully consider the ramifications of the potential separation,” Adlington remarked.

“While not rushing to overturn our Canadian tradition of the dual role that has existed since Confederation, we support a public dialogue of the question and look forward to participating in it, following consultation with our members,” he advised.

Wilson-Raybould suggested such a move to the House of Commons Justice Committee during her explosive testimony Feb. 27 which alleged that the prime minister and 10 other senior government officials inappropriately pressured her to discontinue the bribery prosecution of global engineering and construction giant SNC-Lavalin, and instead negotiate a deferred prosecution agreement (DPA) with the Quebec-based company in order to preserve Canadian jobs.

In an allegation flatly denied by Prime Minister Justin Trudeau, Wilson-Raybould contended there was “a concerted and sustained effort to attempt to politically interfere with my role as the attorney general.”

She went on to tell MPs that “as the attorney general I did not let that happen.”

She also suggested “it would be a very useful study for this committee to look at the role of the minister of justice and the Attorney General of Canada, and whether or not those two roles should be bifurcated. I believe, and I have believed this for some time even before I became the attorney general, that our country would benefit from a detailed study and consideration around having the attorney general not sit around the cabinet table — like they have in the United Kingdom.”

The CBA, which calls itself the voice of the legal profession, has yet to weigh in on the fast-breaking SNC-Lavalin drama. “This is what we know: It is appropriate for there to be some discussions with the attorney general on a matter such as this, and for relevant information to be communicated — including the impact such a prosecution would have,” Adlington said. “It becomes obstruction of justice when the attorney general is pressured into making a purely political decision about proceeding with a prosecution.”

He stressed the issue is under review by the Commons Justice Committee and by the federal Ethics Commissioner. “We should allow all the facts to come out.” In that regard, former Trudeau principal secretary Gerry Butts is slated to testify before the committee at 10 a.m. March 6, while Clerk of the Privy Council Michael Wernick and Deputy Minister of Justice Nathalie Drouin are to testify for a second time later that day at 2 p.m.

Adlington told The Lawyer’s Daily “we believe the government needs to respect prosecutorial independence, as this independence is a cornerstone of the proper functioning of the Canadian criminal justice system. That said, according to the Shawcross doctrine, it is entirely appropriate for the attorney general to inform him or herself of the relevant facts before deciding whether to authorize a prosecution and that includes speaking with government colleagues about the potential ramifications of that decision. The Shawcross doctrine also says those discussions can’t be used to put pressure on the attorney general or interfere in the final decision respecting prosecution. This decision must be made solely by the attorney general.”

“This already exists to a degree in the form of the Public Prosecution Service of Canada Deskbook,” Adlington pointed out.

“Requiring that such communications be in writing only doesn’t reflect the practical realities of modern communication,” he remarked.

That language “does not imply a single decision point in respect of any given prosecution — so we don’t believe a ‘that is it’ position is fully appropriate either, where the Shawcross principle of informing the attorney general of any new considerations that have arisen in a non-pressuring manner is respected.”

Adlington noted the DPP desk book addresses what are appropriate communications to the attorney general by setting out the Shawcross doctrine.

“We believe that going any further than that would represent an improper fettering of the discretion vested in the attorney general,” he said.