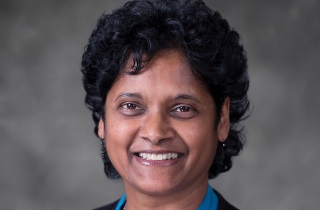 These comments follow the March 6 announcement by Nova Scotia’s Department of Justice that complainants will now have access to free, independent legal counsel when an application is made to have details of their sex lives be considered as evidence in criminal court.

When an accused files this s. 276 application — a reference to the part of the Criminal Code outlining conditions as to the admissibility of such evidence — a complainant can now apply to be assigned a lawyer to make sure the evidence being sought is germane to the case.

According to Nova Scotia Justice, this is an expansion of an existing program that provides complainants legal counsel when it comes to details of their “medical and therapeutic records.”

Ontario and Manitoba have established similar support for complainants.

Constance MacIsaac, one of two Nova Scotia Crowns appointed in January 2018 to focus on sex assault prosecutions, hopes this move will “keep out evidence that would otherwise be kept private for a complainant.”

“I think when we look at consent, we have to be looking that consent is supposed to be freely given, in the moment, for each and every sexual act, [and] that we have to be very careful about … distorting the truth-finding process by bringing in evidence that really is irrelevant,” said MacIsaac, adding that history would include details of one’s sex life both before and after the alleged offence. “It is private. It is information that belongs to a complainant. So, if we’re using this process and complainants have access to counsel, we’re just more closely scrutinizing evidence that is getting before the court and saying this is either relevant to an issue at trial or no it’s not, and the application should be dismissed outright, or the evidence is only going to go in only for these limited purposes.”

MacIsaac said Crowns are not able to act for complainants or take instruction from them, and that while a Crown can oppose sexual history as evidence, their role of putting evidence before the court may at times conflict with a complainant’s interests. A complainant's independent lawyer, however, would be able to object to irrelevant or “prejudicial” details being brought before the court, she said.

“They can stand up and say, it is our submission that this evidence is actually more prejudicial than probative and say that the application is deficient. [Section] 276 is about preventing prying into a complainant’s Charter protected rights, which are the rights to equality, dignity, security of person, that evidence brought in is relevant to an issue at trial. It’s about not distorting the truth-finding process.”

MacIsaac spoke of competing Charter rights — those being the accused’s right to a full defence and the complainant’s right to equality, privacy and dignity.

Courts, she explained, have long felt that “sexual history evidence is often used to perpetuate stereotypical thinking in the courtroom and distort the truth-finding process.”

The development in Nova Scotia sprang primarily from R. v. T.P.S. 2019 NSSC 48, a recent Supreme Court of Nova Scotia decision that a complainant be given a state-funded lawyer after the accused sought sexual history.

“It gives them an extra protection,” Pillay said. “It gives them a voice in the courtroom that they didn’t have before. Crowns could not represent their interests. So, now, they have a way of having their voice heard in the courtroom. I think that is significant. … [N]ow, these victims [and] complainants have access to legal services they did not have before. It’s huge.”

Justice Department spokesperson Heather Fairbairn said in an e-mail that, as of March 12, nine applications had been made for free counsel.

“Nova Scotia is among the first provinces to take this step,” said Fairbairn. “We understand that Ontario already has a program in place and other provinces/territories may be considering options.”

A spokesperson with Ontario’s Ministry of the Attorney General said in an e-mail that “[in] certain criminal cases where the private records of a victim or witness are sought, the Ministry will facilitate and fund the retention of private legal counsel to represent the victim or witness on the records application.”

“Such records may be in the possession of the accused or a third party, and may include content related to sexual history.”

A spokesperson with Manitoba Justice confirmed it “provides support for independent counsel for a victim for a variety of reasons, including if their sexual history may be introduced as evidence.”