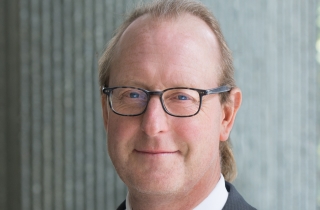 An organization representing legal aid lawyers in British Columbia has overwhelmingly voted to withdraw their services to protest what they characterize as serious underfunding and strain on the system.

According to Association of Legal Aid Lawyers (ALL) spokesperson Richard Fowler, turnout among the 590 members of association for the March 11-13 vote was 75 per cent, with approximately 97 per cent of members voting in favour of job action. Fowler said the job action will begin April 1 with withdrawal from duty counsel responsibilities and lawyers not taking on any new referrals and later in the month withdrawal from existing legal aid files.

The overall demands of the ALL are the government inject approximately $100 million in the system, increase the tariff paid to lawyers taking legal aid cases and expand eligibility to touch on more areas of the law, said Fowler, who also practises criminal law with Fowler & Blok in Vancouver.

“Overall the amount legal aid lawyers are being paid has dropped by 60 per cent over the last 30 years, whereas Crown counsel salaries have gone up by 116 per cent,” he said, noting there has only been one increase in the legal aid tariff rate in 28 years. “So, we’re way behind and it’s impossible for lawyers to build a practice, get mentored and do the quality of work that’s required in these difficult cases.”

Fowler did acknowledge the job action would impact people seeking legal assistance in the province but said “the pain they will suffer pales by comparison to the pain that will exist if the system continues to be underfunded.”

“Sometimes to bring attention to what the value of what you do you have to stop doing what you’re doing, and it’s only when you do that people turn around and say what you were doing is really important,” he said. “It’s a last resort and a decision we haven’t taken lightly, but it’s a decision we’ve taken now with a great deal of determination.”

The cost of not putting money into the system far exceeds the cost of putting it in, said Fowler. The ALL noted per capita spending on legal aid was $25.22 in the 1992/93 fiscal year. They are arguing per capita spending should now be $39.72, instead of the current $14.99 in order to keep up with inflation.

In a statement, Canadian Bar Association, B.C. Branch (CBABC) president Margaret Mereigh said the pending job action by ALL “draws attention to the need for investment in an essential public service that is chronically underfunded.”

“Families across B.C. find themselves in situations every day that require assistance from legal aid. But what should families do when they cannot actually access legal aid due to lack of government funding, even though they may qualify for it financially?” she said. “The system puts the most vulnerable people at an extreme disadvantage. Legal aid services for families are vital to the health of our communities because without legal resolutions, issues can spiral into society causing much broader problems.”

Legal aid must be recognized as an essential service in B.C. like health care and education, said Mereigh.

Liam Butler, public affairs officer with the Ministry of the Attorney General, said in an e-mail “the Ministry is continuing to have discussions with ALL about their proposal.” In a previous interview with The Lawyer’s Daily, provincial Attorney General David Eby said “the government doesn’t have $100 million a year to bring the tariff up.”

“So as we incrementally increase legal aid support, we want to make sure we spend that money and deliver services effectively to the populations who are most in need,” he said. “I know [the tariff] needs to go up, but it’s a gradual process.”