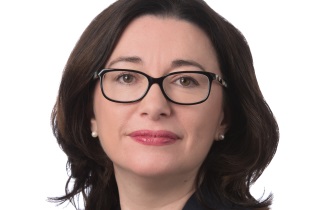 The court system in Nova Scotia is poised to become more effective, more efficient and more accessible. The Department of Justice announced that it will be making changes to the Judicature Act to ensure family law matters are heard by one court throughout the province. Currently, in most areas of the province, family law matters are heard in family court, the Supreme Court, or both courts.

“Given the complexities of family law issues and the dynamics of the parties, it is crucial that every Nova Scotian have access to the unified family court system. It is an access to justice issue,” said Shelley Hounsell-Gray, a family lawyer with Blackburn Law in Bedford, N.S.

At present, unified family court sites are in place in three locations in the province: Halifax, Port Hawkesbury and Sydney. Outside of these centres, most family law matters are heard in two separate courts, family court for parenting and maintenance orders and child welfare matters, and the Supreme Court for property and divorce. This can add complexity to the court system. For example, one family may have their parenting issues addressed at family court while their property issues are dealt with at the Supreme Court.

“This [system] is confusing to a self-represented party and costly for those who have counsel because the same family may have to attend two courts at different times and explain the same factual circumstances to potentially several different judges to obtain an outcome for all of their legal issues,” noted Hounsell-Gray.

The two-tiered system also poses additional and related problems, said Department of Justice spokesperson Heather Fairbairn in Halifax. “This division can be a challenge for families who are already dealing with difficult times. The parallel system can also create confusion, contribute to delays in processing cases and result in duplication of effort or higher legal expenses.”

“The proposed changes will allow for the expansion of a unified family court system to provide all Nova Scotians with access to a single, specialized court for all family law matters, including separation, divorce, custody, support and family property,” she noted.

In 1974, the Law Reform Commission of Canada recommended the unified family court model to address the shortcomings of the traditional approach used in family law. “It is important to note that it has taken almost 45 years to make these courts available to most — not yet all — Canadians,” noted Hounsell-Gray.

A unified court is intended to offer more than convenience and cost effectiveness and even peace of mind, she added. “As a specialized court, resources have been dedicated to improve access to family law justice. At the Supreme Court Family Division in Nova Scotia there are a number of services targeted at self-represented litigants to assist them to resolve their family law issues. This is important because about 85 per cent of family law participants do not have a lawyer.”

Nova Scotia’s family division, for example, offers one-on-one support at the Family Law Information Centre in the courthouse; a mandatory Parent Information Program for all parties who have an application before the court related to parenting; and an alternate dispute resolution process where parties meet with a court officer to see if their issues may be resolved, or at least narrowed before proceeding to a formal court appearance.

The Judicature Act is the provincial legislation that establishes the Supreme Court and Court of Appeal, its structure and authorizes the enactment of the rules of the court. It also limits the total number of federally appointed Supreme Court judges to 40, of which 17 are Supreme Court Family Division judges (SCFD). The proposed amendments, known as Bill 105, were announced March 8 and will allow for 24 judges in the family division. Bill 105 has passed first and second reading and is in the legislature’s Law Amendments Committee. It is expected to pass before the legislature rises this spring.

Those seven judges will make a significant impact, noted Hounsell-Gray. “The increase to the number of judges that may be appointed to the SCFD will meet the demand for judges to hear all family matters across the province.”

Funding for the additional judges is coming from the federal government. The initiative was included in the 2018 federal budget. “Unified family court sites are overseen by federally appointed judges,” noted Fairbairn. “The federal government has committed to appointing more judges so this court can be expanded.”