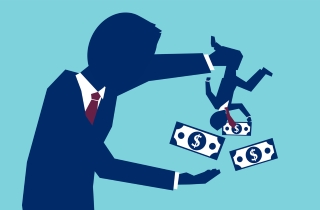 The amendment created a new rule (Rule 11-8 — Experts in Vehicle Actions) limiting the number of expert reports that can be tendered at trial in actions seeking recovery of damages for personal injury or death that arises out of the use or operation of a vehicle.

Rule 11-8 limits expert evidence on the issue of damages to that of three experts and only allows one report from each of those experts (see Rule 11-8(3)(a) and (b)). For files that have been brought under our fast-track rule, the limit is one expert and report.

When first introduced, Rule 11-8 applied retroactively to existing motor vehicle actions. The only exception allowing a party to rely on more than the stipulated number of their own experts was that any expert reports served prior to Feb. 11, 2019, would not count towards the limit of three (or one in fast-track cases).

More recently, an order-in-council was released on March 22, 2019, amending Rule 11-8 to not apply to any motor vehicle actions with trial dates in 2019, thereby relaxing the impact of the rule. This relaxation was likely in response to criticism and judicial challenges arising from the lack of advanced warning and retroactive nature of the rule.

Looking past 2019, there are exceptions to Rule 11-8 that allow parties to permit additional reports, however not from their own additional experts. Rather, Rule 11-8 permits the following:


As per an announcement accompanying the amendment when initially introduced, Rule 11-8 is intended to “put a stop to the disproportionate use of experts and expert reports currently being used in motor vehicle-related court cases” and to “encourage earlier settlements and help reduce the costs of settling vehicle injury.” It stands to have a significant effect on the conduct of personal injury litigation, especially with respect to the plaintiff’s strategic considerations.

It has become common for plaintiffs in personal injury cases to serve multiple reports well in excess of the three allowed under Rule 11-8. Expert costs have therefore become a significant source of expense, and as a result it is not uncommon for bills of costs to compare to or even, in some cases, exceed settlements or damage awards.

In motor vehicle actions where liability is often not at issue and the threshold established by the relevant legal test for recovery of expert disbursements is low, the defendants end up bearing the burden of not only the costs of their own experts but also those of the plaintiffs.

Once the recently introduced exemption period passes, it will be interesting to see whether plaintiff counsels shy away from relying on the fast-track rule. With no cap on damages awards that could be made in fast-track matters, plaintiff counsel previously relied on fast-track to limit the length of examination for discovery of the plaintiff and to preclude jury trials. Moving forward, they will have to give serious thought as to whether those benefits outweigh being limited to one expert.

It will further be interesting to see whether the previously rarely used joint expert and/or court-appointed expert become more prevalent. There may also be increased reliance on experts who can opine on a broad range of symptoms and conditions or who have more than one area of expertise (for example, an occupational medical physician who can provide both a medical opinion and an opinion with respect to work capacity).

Although this represents a significant change in procedure for British Columbia, it is still shy of the even more restrictive rules regarding experts found in other jurisdictions (see England and Australia as examples).

Patrick Bruce practises in all areas of insurance defence including bodily injury and motor vehicle claims. An associate at Alexander Holburn Beaudin & Lang LLP, he regularly acts for rental car companies as well as out-of-province and excess insurers, providing crucial assistance with navigating British Columbia’s unique litigation landscape. He can be contacted at pbruce@ahbl.ca.