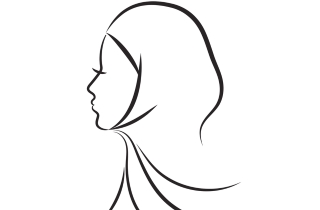 Encore: The what, why and where to of Quebec’s Bill 21

Introduced in March 2019 in Quebec’s National Assembly, Bill 21 purports to affirm the particular secular character of Quebec by articulating foundational principles and the precise requirements to which they give rise. In the name of “the laicity of the State,” the Quebec Charter of Human Rights and Freedoms will be modified, and the wearing of religious symbols will be prohibited for individuals engaged in a long list of public functions.

The most obvious one-word response is “Encore?” This is the most recent of a series of attempts to articulate a collective commitment to separation of religion and state in Quebec, and to do so by focusing on items of clothing that indicate a wearer’s faith. The big difference is that, by explicitly invoking the notwithstanding clause of the Canadian Charter of Rights and Freedoms, the Coalition Avenir Québec government seems adamant that this be the final word.

The text of Bill 21, An Act Respecting the Laicity of the State, is short. Following the preamble’s givens, which include the importance of enshrining the “paramountcy of State laicity” and the need to establish a balance between Quebec’s own “collective rights” and the rights of individuals, the bill opens with affirmation that Quebec is a “lay state.” Four principles ground that characterization: separation of state and religions, state religious neutrality, equality of citizens and freedom of conscience and religion. The bill then moves to the requirements that flow from the characterization, focusing on the appearance of religious neutrality and the wearing of religious symbols.

This brings us to the central substantive provisions: Article 6 prohibits the wearing of religious symbols, and Article 8 stipulates that individuals ensure that their faces are uncovered as they offer and receive certain services. Each refers to an appended schedule listing the institutions and/or positions covered by the provision. Individuals covered by Article 6 include public school teachers, police officers, prison guards, members of provincial commissions, regulatory bodies and government lawyers. Individuals covered by Article 8 are those employed by, or seeking services from, all government bodies, including government departments, municipal services, public health and social services institutions, public transit authorities and subsidized daycare centres.

The bill goes on to provide detailed transitional directives: for example, a hijab-wearing teacher who already has a job in the public school system is exempt from the new rule as long as she holds that same position. Finally, it explicitly acknowledges the conflict between the legislation and the human rights protection frameworks of both Quebec and Canada. The Quebec Charter will include reference to the fundamental importance of state laicity and the explicit denial of any possibility of accommodation in response to individual claims of discrimination under the bill. As for the Canadian Charter, the bill invokes the notwithstanding clause, thus asserting operation despite violation of religious freedom, liberty or equality rights.

The vocabulary surrounding the bill is striking. “Laicity” is created as a new English word, ostensibly to capture the sui generis nature of secularism or religious neutrality (laïcité) in Quebec. Instead of “religion,” the bill refers to “religions,” to make sure that all faith communities get the message. “Religious symbols” are left undefined, to invite the broadest possible interpretation.

The list of problems with the proposed Act Respecting the Laicity of the State is long. It includes inter alia: the assumption that children from daycare through secondary school may be coerced by teachers who show their faith; the casting of religious identity of individuals in the criminal justice system as a source of suspicion of bias; the failure to address or avoid disproportionate impact on Muslim women; the creation of a dichotomy between federal and provincial civil service. Individuals who wear a hijab, turban or kippah and who are studying to become teachers, police officers, health professionals or lawyers have been put on notice that their job prospects are severely limited or even eliminated. The fact that the bill was introduced by the minister of immigration, diversity and inclusiveness seems ironic given the negative messages and consequences for all three parts of his portfolio.

In the aftermath of the tabling of the bill, many people in Quebec are busy. They are checking the fine print regarding transitions and exemptions; they are creating coalitions to fight the legislation; in some cases, they are planning to ignore or actively disobey the directives. Some are reaching across the divisions that the bill counts on — divisions between urban and rural, between religious communities and between newcomers and longtime citizens. Some are doing the important and hard work of gathering information on the concrete consequences of the bill for the health and education and legal/criminal justice sectors of Quebec society. Some are planning innovative legal challenges with reference to division of powers or mobility rights.

In the end, the bill says as much or more about Quebec’s self-understanding as it does about members of religious communities. It introduces prohibitions unnecessary to meet the objective of ensuring religious neutrality of contemporary state institutions. There is no reason to fear unchecked bias on the part of any of the people covered by the bill as they interact with others; indeed, the Quebec Charter protects all individuals from discrimination by other individuals as well as by state actors. Again — “encore” — we wait for confident realization that fairness, equality, state neutrality and meaningful integration of all members of society are possible given the institutions and frameworks that already exist.

Shauna Van Praagh is a full professor at McGill University’s Faculty of Law, where she has taught since 1993 and served as associate dean (Graduate Studies in Law) from 2007 to 2010. As a legal scholar, Van Praagh is an expert in children and law, law and religion, legal education and comparative law of civil wrongs.