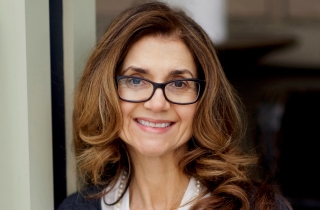 Access to justice has been called the biggest issue facing the legal profession by Ontario lawyers and the “crisis” has been brought to the fore as the provincial government’s budget proposes to cut funding to Legal Aid Ontario by over 30 per cent.

According to the Law Society of Ontario (LSO), the cuts would impact “vulnerable” people, which starkly highlights, yet again, the need for sustainable funding at Pro Bono Ontario (PBO).

PBO released a list of names, on April 8, of bencher candidates who believe that the LSO should ensure sustainable funding to the organization and have urged voters to stand with them on this issue.

“Imagine if the public realized that the legal profession knows about skyrocketing unmet legal need, that effective but underfunded pro bono programs exist, and that these programs may close because the LSO, which has the power to provide support, may content itself with inaction. We believe the law society should ensure sustainable funding for PBO and we support the candidates who will take steps to ensure that our vital services can continue,” said Lynn Burns, PBO’s executive director, in an e-mail.

Voting for the LSO election runs from April 15-30 and candidates have expressed multiple ways in which the law society can safeguard funding for PBO, from imposing a profession-wide levy to harnessing resources from The Law Foundation of Ontario. Even though their ideas on finding funding may differ, their belief about way the LSO needs to get involved is the same: the law society is mandated to act in the public interest and Pro Bono Ontario falls within that directive.

“Access to justice in Ontario is in a crisis,” said Gina Papageoriou, a bencher running for re-election in the Toronto region, adding that now that cuts are being planned for legal aid there’s a “real need for legal services.”

“Pro Bono provides a very unique service, which is having these centres that are located right where people are experiencing their legal problem,” she explained, noting that as a deputy judge she sees how beneficial PBO’s law help centres can be.

Papageoriou said there’s some debate about what the law society’s mandate to facilitate access to justice means, but to her supporting PBO “falls squarely within the mandate.”

“It increases access to justice and also it provides practical training to young lawyers and paralegals, which they often cannot get,” she explained.

Access to justice is important to Papageoriou because she knows her parents, who immigrated to Canada and didn’t speak English, were taken advantage of because “they didn’t understand their rights.”

“I see people who come to small claims court, [and] similarly, are very vulnerable and they need help. We need to do, as a society, everything we can do to help people in need,” she stressed.

Papageoriou doesn’t see sustainable funding coming in the form of a levy, but through the fees that will already be paid as new lawyers enter the profession.

“The number of lawyers entering the legal profession as new lawyers is increasing at a rapid pace. I believe that there were 5,000 new lawyers called to the bar this year in Ontario and that’s going to keep happening. You don’t even need to take the money out of the existing budget,” she said, noting that the law society can set aside a certain amount of money from fees already charged to new lawyers.

Mirilyn Sharp, a partner at Blaney McMurtry LLP and a bencher candidate for the Toronto region, realizes imposing a profession-wide levy is “not an attractive option,” but she believes it could work to support PBO.

“If you break down the numbers in terms of how many licensees there are it really would work out to approximately $10-$15 per licensee,” she said, noting that “British Columbia [has] a $28 levy, Alberta has a $42 levy and Saskatchewan has a $15 levy, so it strikes me that the easiest and most efficient way would be to add a $10-15 levy.”

Sharp emphasized that the fact that she supports Pro Bono Ontario does not necessarily mean that imposing a levy is the only way to achieve sustainable funding.

“I believe that Pro Bono’s support of the candidates was not on the basis that we’d force a levy upon anybody, but more in the sense that we’d talk about the various options and find creative solutions,” she explained.

Mitchell Kowalski, a candidate for the Toronto Region, believes sustainable funding can be found through The Law Foundation of Ontario.

“Part of the mandate of the Law Society of Ontario is to regulate in the public interest, as part of that mandate the law society has created this thing called The Law Foundation that uses interest on all lawyer trust accounts across this province,” he explained, noting that part of those funds already go to PBO.

“What I’m proposing as a bencher is the interest on the trust accounts for every lawyer in this province is, essentially, found money that’s being funneled into The Law Foundation. We need to repurpose The Law Foundation in a way that provides a greater support for Pro Bono Ontario because Pro Bono Ontario is doing very good work to alleviate access to justice problems across this province. That would mean looking at the things that The Law Foundation does now, which is a lot of research, and say, ‘well, research is great, but what does it solve?’ We have a crisis. We have a pot of money. Let’s redistribute that pot of money to help alleviate the crisis,” he said, adding, “we created this mess. It’s our job to fix it.”

Ian Speers, a sole practitioner and candidate for the Toronto region, also believes that the LSO can find sustainable funding by working with The Law Foundation.

“A levy doesn’t sit as easily with me as some people, but there are other sources of funds, such as The Law Foundation, which the law society can work with to try and liberate more funding,” he explained.

Speers volunteered with PBO in 2010 and saw firsthand the help it provides. He said PBO “fills a need that isn’t being filled elsewhere.”

Janis Criger, a bencher running for re-election in the Central South region, said she supports Pro Bono Ontario because a society is judged by “how it treats its most marginalized members.”

“The Supreme Court of Canada and the Ontario Court of Appeal have been pretty clear that judicial officials are to help people who are self-represented. All of that help, which you don’t have to do with a represented person, takes time. The more time you take per case, the fewer cases you can get through. So, in a practical sense, Pro Bono makes eminently good sense because you’re going to have a representative of some sort,” she explained.

She noted that right now funding for Pro Bono Ontario is “stable,” but by the end of the year it’s no longer “sufficient.”

“It’s time to look at that and say, ‘how do we make this stable funding and sufficient funding? And how do we do it without being unfair to the people who are a) just starting out in practice and really don’t have the money for a lot of extra fees and levies, and b) how do we make it fair to the people who are, in effect, already paid in work?” she said, noting that there are a lot of people who already do pro bono work and then there are those who don’t.

Criger said she’s “not sure” she supports a profession-wide levy as she believes “there are probably other ways to do it.”

“I know of nobody better equipped to find a solution than our current treasurer, Malcolm Mercer, and I have every faith that he’s going to find some recommendations we can look at in order to ameliorate that year-end crunch that usually happens,” she added.

If Criger had her way, there would be a “publicly funded public defender system, or something akin to OHIP, but for law.”

“The reductions will have a significant impact on vulnerable Ontarians who require legal assistance, and have no other means of obtaining it. This major reduction in such a short period of time will cause increased court delays and threatens to seriously disrupt the administration of justice,” said Mercer, in a statement.

According to an LSO press release, the law society will address its concerns “directly with the Attorney General, with the goal that she reconsider and recalibrate the depth of these funding cuts.”