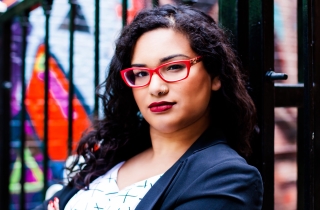 The Law Society of Ontario (LSO) bencher election has inspired discussion on a variety of topics, from the importance of diversity in the profession and “compelled speech,” to the lack of representation of recent calls at Convocation. However, these debates have also highlighted the lack of rules governing donations, as some campaigns have called for financial contributions or have offered donations for votes.

“We have no specific rules around campaign donations. We would expect candidates to act professionally in conducting their campaigns,” explained LSO spokesperson Susan Tonkin in an e-mail.

Caryma Sa’d, of [s]advocacy, and Sean Robichaud, of Robichaud's Criminal Lawyers, are bencher candidates concerned with the low voter turnout for recent calls. They both wanted to encourage lawyers with under 10 years of practice to have their voices heard at Convocation, so they came up with the #RecentCallsVote campaign.

The campaign is made up of seven candidates who will make a donation to a legal cause for every recent call vote in the election. They have also committed to advancing a recent call category of bencher at Convocation, if they are elected.

According to the campaign’s website, the candidates will donate a minimum 20 cents per recent call voter based on the LSO’s statistics released after the election.

Robichaud said the campaign’s “You vote. We Donate” format has received a “mixed” response.

“For recent calls the response has been overwhelmingly positive. I haven’t heard any recent calls speak unfavourably about it. The only controversy seems to come from people who aren’t so recent in their call year, more senior lawyers who see this as problematic because it’s a form of vote buying,” he explained, adding that he “vehemently” disagrees with that assertion.

“Nothing could be further from the truth in what we’re trying to do here. I think what’s really the concern is that senior calls feel threatened by a very legitimate concern and a very powerful voting group that can change things,” he added.

“I think that has to do with an apathy or disinterest in what’s happening at Convocation and that is troubling to me because Convocation makes decisions that impact not just the present, but also the future of the profession. The absence of a recent call perspective doesn’t lend itself to the best possible decision making,” she said of the inspiration for the #RecentCallsVote campaign.

Sa’d said it’s “quite shocking” that there are no election rules around making donations or funding campaigns. She noted that she and Robichaud checked to make sure their campaign wouldn’t contravene any bylaw before moving ahead with their plan.

“I think that going forward it is maybe something that Convocation should be looking at. And I say that because there are no spending limits currently and the LSO has something of a monopoly on advertising, at least by way of direct mailouts or e-mail lists. It’s expensive and that puts sole practitioners, recent calls, [or] anyone who doesn’t have the backing of a big firm at a disadvantage. That was not the purpose of the campaign, but I think it’s something that’s come up in light of the criticism we’ve received,” she explained.

Sa’d was “a bit hesitant” about how the campaign idea would be received because “money and votes is not a good mix,” but she’s been “pleased” that the vast majority of people have been supportive and believe “it’s a great way to increase engagement.”

“There have been some concerns raised whether this is in good taste, whether there are any propriety issues. I think we did our best to structure this in such a way that we’re not asking candidates to make any particular votes. Our donations aren’t tied to whether we get elected; it’s independent of that; it’s totally anonymous,” she said, adding that the fact the campaign idea has sparked a conversation is a good thing.

“Not everyone has been convinced, but by and large it’s been a positive response. And I would just point out that this election, I don’t know if it’s happened in previous years, where we have a pseudo-political party, the StopSOP slate, and there’s no requirements whatsoever that they disclose where the donations are coming from, how much they are, [or] where they’re going to. It’s not transparent. I think, again, that speaks to some weaknesses or flaws that are inherent in this election system and that’s an aspect of governance that should be looked at,” she noted

The StopSOP slate, made up of 23 candidates, wants to repeal the LSO’s Statement of Principles (SOP) because they believe it is “unjustified, compelled speech.”

The StopSOP campaign has sent out a flyer, has campaign videos and a website where voters can donate to help cover “StopSop expenses.”

“The law society has not provided rules about campaign donations. We understand that some non-slate candidates, especially from large Toronto firms, have their expenses covered or contributed to in some fashion as well,” said the StopSop campaign manager Lisa Bildy, in an e-mail noting that it is “very expensive to run a bencher campaign.”

Bildy noted that the cost to mail out a brochure was almost $43,000.

“For us, running on volunteers and without deep-pocket benefactors, donations from rank-and-file lawyers and paralegals who supported our cause was essential,” she added. Bildy called StopSop a “grassroots campaign run by volunteers.”

“The videos were prepared by a volunteer paralegal, Bilal Bhatti, and I have been donating my time as campaign manager. Each of our candidates has contributed toward the cost of expenses, including the brochures. Many lawyers and paralegals from across the province, who are concerned about compelled speech as a condition of their licence, have donated money as well,” she explained.

Voting in the bencher election began on April 15 and closes on April 30.

Robichaud, who has been a strong advocate for new lawyers, said that “above all” he’d like everyone, especially recent calls, to vote.

“Your vote not only matters, but it may very well be critical for your survival as a lawyer in the future. Without your vote you have no voice,” he said.

Bildy said the StopSop slate hopes “that every lawyer and paralegal who is concerned about the over-reach of our regulator will support us and take the time to vote.”

“Bencher elections are always hard to call, so every vote matters,” she added.