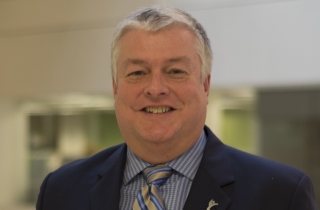 Legal Aid Ontario (LAO) has clarified that it will not be suspending all of its refugee and immigration services but has made interim changes to maintain “core” services in the wake of funding cuts made to the justice sector in the provincial budget.

David McKillop, LAO’s vice-president of strategy and public affairs, has seen “inaccurate reporting” of how LAO has responded to the budget cuts, explaining that reports that legal aid would be “ceasing to offer its services in immigration and refugee” is untrue.

“Appeal work has been suspended on a temporary basis, until we have an opportunity to consult with stakeholders and to work with the federal government to hopefully increase its contribution to refugee legal aid,” McKillop told The Lawyer’s Daily.

The provincial budget, released April 11, noted that justice sector expenses are “expected to decrease from $5.0 billion in 2018–19 to $4.7 billion in 2021–22.” Listed as a “key transformational” initiative was the streamlining of legal aid to “generate savings of over $164 million annually, starting in 2021–22.”

The funding cuts have been widely condemned by the province’s immigration and family law bars.

McKillop noted LAO had to “make some decisions very quickly because money could potentially be going out the door that we don’t have.” The organization’s response was to make interim changes to refugee and immigration services.

“In the shorter term,” McKillop said, LAO “is offering certificates for the BOC, Basis of Claim form. That’s the most important document for a refugee claim. It sets out the basis for the claim, what the individual was escaping from in their home country, why they feel they’re being persecuted and why their liberty or life might be at stake.”

McKillop explained that hearings associated with current BOCs are being scheduled for two years from now.

“For now, we’re offering BOC only assistance through certificates and if we are successful in getting the federal government to increase its level of contribution then we may be in a position two years down the road to also offer hearing services. But if that doesn’t happen, then it is the BOC that will be the primary service offered by Legal Aid Ontario,” he said.

LAO spokesperson Graeme Burk clarified that the organization will be providing immigration services to “existing clients with a legal aid certificate prior to April 15.” However, he noted immigration services such as detention reviews for people in prisons; pre-removal risk assessments for people facing deportation to persecution, torture and death; hearings that strip refugees of their Canadian protection; requests to CBSA to stop deportations; stays of removal to have a court stop a deportation; and Immigration Division inadmissibility hearings are “currently suspended for new legal aid certificates for the time being.”

“They are not necessarily permanent, however, as we do not know at this point if there will be increased funding from the federal government; if this happens one or several of those services may come back. Also, our consultations may determine a different course of priority action than Basis of Claim. That is why we’ve called them interim changes until we know more,” he added.

According to a press release on LAO’s website, the organization “will be holding a series of in‑person and online consultations in Hamilton, Ottawa, Toronto, Windsor and London in the coming weeks.”

“We are considering ways to achieve savings, while meeting the needs of as many refugees as possible, and we want to hear ideas from you. These discussions will also help to determine what services to resume should the federal government increase its funding for refugee legal aid in Ontario,” the press release stated.

Beyond refugees, LAO’s primary service areas are in criminal law, family law, mental health law and services being supplied by the community clinics in Ontario. McKillop said the organization will be examining all of its programs to decide what services are “constitutionally guaranteed.”

“Our mandate is to provide quality and efficient legal aid services to low-income Ontarians. It’s our mandate today and it’s going to continue to be our mandate tomorrow and into the future. But a funding reduction of this magnitude, I don’t want anyone to be under any illusions that it’s going to look exactly the same tomorrow as it does today,” he explained, adding that LAO will be making “some difficult decisions” due to its new funding level.

Aris Daghighian, an associate with Green and Spiegel LLP and co-chair of CARL’s Advocacy Committee, said cuts to legal aid will affect the “poorest and most marginalized members of our community.”

“I think anything the legal community can do to raise the alarm bells and bring awareness to the fact that this is a very serious cut will have a dramatic effect on the lives of many individuals,” he said.

Daghighian said lawyers can reach out to MPPs to express their concerns.

“Hopefully that will get the message across that there wasn’t enough forethought put into this plan. In our submission, it was politically motivated to score political points on a contentious issue and the provincial government really hasn’t thought out this irresponsible action,”  he added.

The Law Society of Ontario (LSO) was quick to condemn the cuts, releasing a statement that said the LSO “has a significant and abiding interest in helping to ensure robust, transparent and sustainable legal aid services for low-income Ontarians.”

“The reductions will have a significant impact on vulnerable Ontarians who require legal assistance and have no other means of obtaining it. This major reduction in such a short period of time will cause increased court delays and threatens to seriously disrupt the administration of justice,” said LSO treasurer Malcolm Mercer, in a statement.

The Family Lawyers Association (FLA) was one of many organizations to join the LSO in expressing its concern, releasing a statement that noted the association was founded 25 years ago in response to the legal aid funding crisis of the mid-1990s.

“The FLA is also gravely concerned with the Ontario government’s position to no longer fund refugee and immigration law services. We urge the attorney general to reconsider and redress the substantial cuts to LAO’s funding,” the statement said.

The Ontario Association of Child Protection Lawyers (OACPL) also expressed alarm over the cuts, releasing a statement that said “on the basis of experience” funding cuts to child protection will increase other expenditures in the future.

“Noting the complexity and urgency of child protection measures for children and families, it is imperative that Ontarians have confidence in a healthy, responsive and robust system of legal aid that provides the proper resources to families in crisis at the right time. Such a system is the crowning jewel of free and democratic societies, and always remains integral to the achievement of supportable and sustained family and community relations so important to children,” it said.

Brian Gray, spokesperson for the Ontario Ministry of the Attorney General, said the province is calling on the federal government to “stand with newcomers” and to “fulfil its responsibility to properly fund immigration and refugee law services for cases before the federal tribunal and in the federal courts.”

“The current federal funding for Ontario’s immigration and refugee legal aid services is unpredictable, does not proportionately match funding levels in other provinces and is wholly inadequate to meet client needs. We are simply asking the federal government to do what’s right, and commit to providing newcomers with appropriate and stable funding for immigration and refugee legal aid services,” he explained via e-mail.

This story was updated with additional comment to provide further clarification on the impact provincial budget cuts have had on Legal Aid Ontario.