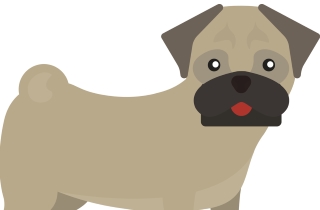 Getting Punky off death row

Not long ago, I wrote about so-called dangerous dogs and my experience with such cases over the past 19-plus years.

Today I am writing about a case that brings that article sharply into context as I am privileged to be co-counsel with two other lawyers, David Wu of Arvay Finlay and Amber Prince of Atira Women’s Resource Society on an important “dangerous dog” case that is currently before B.C.’s highest court, Santics v. Vancouver (City) Animal Control Officer. The issue at the B.C Court of Appeal is the legal test applicable to destruction orders for dangerous dog applications. We argue that the B.C. Supreme Court did not correctly describe and apply the test in Santics v. Vancouver (City) Animal Control Officer [2019] B.C.J. No. 25.

This animal law case is about the full beam power of the state versus a so-called dangerous dog called Punky, a small, young, Australian cattle dog and his human, Susan Santics.

Punky is currently on death row for biting someone in a Vancouver off-leash park. As is the case with animal law matters involving a citizen, an animal and the state, it necessarily engages an analysis about power and equity. This case demonstrates not only interesting aspects of animals law, it also underlines our societal contract with animals. Punky Santics is an every dog and his appeal is important for dogs and owner/guardians throughout Canada.

Wu neatly encapsulates the appellant’s case: “Anytime the government wants to take away property from a person, for whatever reason, it is on the government to demonstrate to the court, with clear evidence, that what they are wanting to take is absolutely necessary. The bar the government must meet, should understandably be high. This bar should even be higher when you are talking about the state taking away and killing someone’s pet dog ...”

While it’s true that the law views dogs as property, Punky is Santics’ beloved sentient pet, not an object of property, like a car. What we will be arguing is that the state has failed to meet the high bar to destroy “property,” particularly when we are talking about the life of an animal, not to mention that such destruction/death is completely irreversible.

Wu asserts and is fully backed up by Prince and I that, “In this case, the state failed to meet this bar. The state’s position however, is that they are entitled to kill someone’s dog as long as they can demonstrate that the dog has seriously injured someone or someone else’s pet, or even if they simply believe a dog might seriously injure someone or someone else’s pet in the future. They can do this without consideration of any surrounding circumstances. It wouldn’t matter if the dog was attacking because it was being provoked, or was trying to defend its owner, or was simply overexcited. We say this bar is absurdly low, and contrary to over a decade of case law, common sense and common decency.”

Leave to appeal was granted by the B.C. Court of Appeal in February 2019 with the court holding that it is in the interests of justice that they give guidance on the interpretation of the statutory provision that authorized destruction of dangerous dogs so that some clarity on the question of onus could be provided.

This case underscores principles of social justice and access, animal welfare, animal rights and the value society places on an animal’s life. (Please see my earlier piece on Access to justice for animals: It’s possible.)

The appeal concerns the legal principles and framework underlying the destruction of “dangerous dogs” under the Vancouver Charter.

We believe it is probably the first time that the B.C. Court of Appeal will provide guidance on the issue.

Meanwhile, Punky’s life is hanging in the balance. Punky has been incarcerated in the city pound for nearly 1.5 years. Recently, I had a chance to visit Punky in his small, concrete holding cell. The pound echoed with the unsettling cries of canines. Punky, a young, fairly compact dog, has not felt grass beneath his feet, been able to socialize with other dogs and above all, has been separated from his beloved human, Santics and the comforts of home.

Santics is permitted to visit Punky for 30 minutes per week. Fortunately, Santics is devoted to her dog and brings him as much comfort as possible including treats, toys and supplements. She is also continuing with dog behaviour classes. At the leave application, Santics sought and was granted, an expedited appeal order to try to resolve this matter for Punky’s welfare, as has been held for so long.

Unfortunately, Santics, a retired OR nurse’s aide, was represented at Punky’s June 2018 trial. Court procedure for self-represented litigants is overwhelmingly stressful at the best of times, but when one’s family pet is taken away, it’s even more unsettling. Co-counsel and co-adjunct professor of animal law at UBC with me this September, Amber Prince, adroitly summarizes: “Many women walk through my doors who have already had a difficult journey with the legal system. They could not afford a lawyer and are forced to represent themselves at court, including trials where they are expected to make submissions, prepare their own witnesses, cross-examine witnesses, and understand all the rules of court, including the rules for entering evidence. Our client, Ms. Santics, was unrepresented at trial with a seasoned prosecutor on the other side.

“When such litigants are up against the resources of the state, there is a significant power imbalance. We hope to see a greater check on state power for not only for Ms. Santics and Punky but for litigants in the future. In this case we’re not talking about a parking ticket. We’re taking about someone’s family member, and a dog who must have his own interest in staying alive. I’d like to think our views on animals in Canada have evolved to place where we don’t just kill dogs unless the state provides sufficient evidence that a dog is beyond redemption.”

Agreed. Very few animal law cases ever make it this far but this one has underlined how animals are important members of our families and ordering them to be killed or destroyed must be the very last resort and only then if there is a full factual and evidentiary matrix firmly in place.

This is part one of a three-part series.