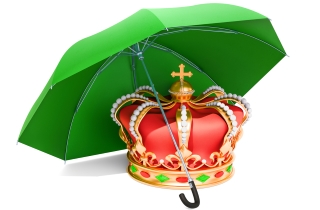 The much discussed proposed Crown Liability and Proceedings Act, 2019, (CLAPA) is contained in Schedule 17 of Ontario’s 2019 budget bill. If enacted, CLAPA would repeal the Proceedings Against the Crown Act (PACA), which has served as a litigator’s roadmap to suing the provincial Crown in Ontario since 1963.

The outcry to this proposed statute was strong, with accusations that the new government was seeking to insulate itself from liability. By contrast, in presenting the CLAPA, the attorney general stated that this Act is intended to codify the common law and ensure Ontarians access to a more efficient, transparent process when suing the Crown. This makes the Act seem like the result of benign legislative housekeeping. And, indeed, a few of the provisions either reproduce parts of the PACA or summarize the current state of the jurisprudence. However, a codification it is not. A close reading of CLAPA reveals that the codification exercise extends or may extend beyond the common law.

One can see elements of codification in the CLAPA language immunizing Crown functions that are legislative in nature, such as the lawmaking process surrounding the drafting and enacting of legislation and regulations. This prescribed limit aligns with the common law: in fact, it appears to incorporate fairly recent Supreme Court pronouncements to like effect. The constitutional principles of separation of powers and parliamentary sovereignty already grounded thiso immunity and barred the courts from intervening in lawmaking functions. This is the kind of routine legislative housekeeping one might expect to find in an Act buried within part of a massive budget bill where the part is intended to be nothing more than a codification exercise.

When, however, the reader comes across the Act’s substantive changes to Crown liability and procedure that find no anchor in the common law, the government appears to betray a very different intention. CLAPA outlines three changes of potential significance: a novel statutory definition of a “policy matter” and “regulatory decision”; the imposition of a procedural barrier that leave be granted before a party can bring a tort claim based in misfeasance or bad faith; and the retroactive and prospective reach of elements of the Act through broad regulation making powers.

It will be interesting to see if Crown counsel attempt to give s. 11(5)(c) such a reach because, if they convince a court that all acts of “carrying out” are immunized, far more than codification will have resulted: indeed, it is hard to see how operational negligence claims could be made. It is here that the attorney general’s codification comments may come back to bite, as one could also quite narrowly confine s. 11(5)(c) to all decisions surrounding what courts already regard as core policy decisions (such as decisions on who to consult and what process to adopt in making such a decision, all aspects associated with “carrying out” policy). A potentially broader immunization might be found in ss. 11(6)(e) and (f), which similarly seem to immunize Crown actions operationalizing regulatory decisions.

The kind of legislative drafting one reads at ss. 11(5) and (6) that immunizes or may immunize what are actionable Crown decisions at common law does nothing to codify the common law. It appears to be an attempt to override it. It is unclear how this drafting is supposed to ensure a more efficient, transparent process for litigants, which is, alongside codification of the common law, the purported intention of the Act.

In addition to s. 11, s. 17 and 30 warrant a close read. Section 17 prescribes special procedures for claimants alleging torts of misfeasance or bad faith. Section 30 empowers the Crown with broad regulation-making powers, including the power to regulate away certain claims in existence prior to the Act’s entry into force. This is not the stuff of codification. The government may intend such sections to police against frivolous and unmeritorious claims. They may well do that, but if they go far beyond policing the frivolous, they could succeed in denying access to justice to people with meritorious claims against the Crown.

Lara Koerner Yeo is an associate at Cavalluzzo LLP who practises in the areas of Aboriginal and treaty rights, administrative, constitutional and human rights law. Stephen Moreau is a partner with the firm who practises labour, employment, class actions and public interest law.