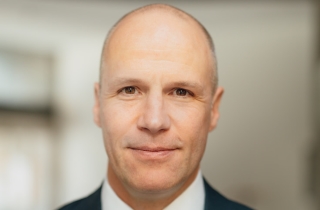 Response time, dispute resolution should be addressed as part of CRA consultation: lawyers

The Beatles may have lamented the fact the taxman in the U.K. didn’t like you giving your opinions, but the Canada Revenue Agency (CRA) has launched a public consultation process with an eye to getting input on how it operates and how it can improve the services it offers.

“Our government is committed to ensuring that the CRA puts people at the centre of everything it does,” said National Revenue Minister Diane Lebouthillier. “Over the past three years, we have introduced changes that are leading to real results for Canadians. With these public consultations, we are taking another step in listening to Canadians and responding to their concerns, expectations and desire to improve how the CRA delivers services.”

The CRA said it has been making it “easier, faster and more secure to file taxes and get credits and benefits,” pointing to software improvements such as the ability to auto-fill a return. But the agency also said it needs to do more to meet the expectations of Canadians, offering individuals a chance to share their service experience with the agency and give input on the future direction it should take.

“We have been listening to Canadians and we know that we can do even better. The way organizations deliver services keeps evolving and Canadians expect us to keep up,” said Mireille Laroche, chief service officer with the CRA. “We are proud of the progress we've made, and we look forward to hearing what other steps people would like us to take. Our service transformation journey continues.”

Vern Krishna of TaxChambers LLP said it is a useful process for the CRA to hold a consultation process and gather opinions from Canadians who are affected by the system.

“Nobody can argue with the gathering of information so that they can better respond to the concerns of Canadians,” he said. “Having said that, we must be very careful — I have lived long enough to have gone through this exercise before.”

Krishna said the biggest issues with the CRA is inordinate delay and the length of response time to requests from taxpayers, as well as CRA officials providing incorrect information to taxpayers. He said it can take over two years to get a response to an objection on issues of “moderate complexity.”

“I also have a written response from them on an access to information request saying they need 540 days more in order to respond. They may want to speed up that process,” he said. “That is simply not acceptable because it costs the taxpayer a lot of money in order to wait that long. For large corporations it doesn’t matter because they can afford legal counsel and litigation that goes on for years — but I think we have to expedite the process for the ordinary taxpayer on the ground.”

David Rotfleisch of taxpage.com said he is pleased from a technology point of view the way CRA is going, with such software capabilities as auto-filling returns “moving them into the cloud age.”

“To that extent kudos to them, they can give themselves a pat on the back,” he said. “However, on the human side that’s where we run into problems and that’s where I’m far more negative — and part of that is unfortunately systemic.”

Rotfleisch said collections officers at the CRA can be “unreasonable and abusive.” He added the agency can seize assets without a court order, and even if an objection is filed that doesn’t suspend a collection action in GST cases.

“So hypothetically they can say you owe $100,000 of past GST and if you can’t pay it, they still access your bank account,” he said. “I’ve had a couple of clients go bankrupt over bad GST assessments because they said they couldn’t fight it. You have no money so you just pull the plug and get rid of the business — so they are extremely powerful civil servants and I certainly wouldn’t want to see collection powers enhanced.”

Bradley Bryan, who teaches taxation law at the University of Victoria, said one of the things he likes about the consultation is the CRA is “really stating the problems that they’re hearing about.”

“They don’t just say there are problems; they are saying we recognize there are issues with things like wait times when people get on the phone,” he said. “I think there’s a lot of negative things we could say if we are a bit skeptical, but I think this is all really good news and I’m glad to see they are very specific about the things they are not doing and would like to address.”

Bryan said his interaction with people has shown there is a real effort to try and de-escalate situations by the CRA.

“And it’s tricky for them because they also have considerable power to take people’s money away,” he said. “We’re seeing a lot of movement in the provincial courts around family law mediation and mental health where you’re de-escalating the amount of court time and bringing in forms of alternative dispute resolution. I think the CRA could maybe expand that, because not everything needs to be going to court.”

But Bryan noted access to justice in taxation is a “an enormous issue.”

“I’ve heard lawyers say, for a tax bill of $10,000 you should just pay it because challenging it is just going to be too expensive,” he said. “I know my interactions with the appeal process over the past four or five years has been excellent, but a lot of people who come up against the CRA aren’t going to be getting lawyers.”

Krishna said he will wait and see what the consultation produces.

“I want to see more action and less consultation because we’ve been consulting on this for years. This is not a new issue and it has been done at the highest levels,” he said. “But delay and incorrect information have an enormous consequence for the ordinary taxpayer, and one of them is very substantial cost implications.”

Online consultations are open to all Canadians until June 18. The CRA is also conducting seven in-person consultations in Vancouver, Winnipeg, Mississauga, Montreal, Moncton and Halifax during May and June.