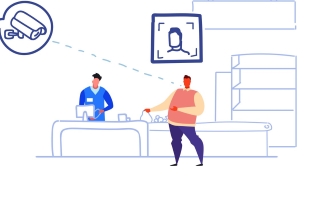 When it comes to criminal cases, most people are aware that the police are responsible for the investigation phase. What is not commonly understood is that police not only have a duty to seize evidence, they also must preserve it. An interesting legal issue can arise where they fail to fulfil that duty.

What happens if evidence is lost or destroyed? While other remedies may be available in certain cases, in the clearest of cases, lost evidence can form the grounds for a stay of proceedings based on a violation of the accused’s s. 7 Charter rights. The courts have made it clear that a stay of proceedings is considered to be an extraordinary remedy.

Muhammad Asif was charged with assaulting a parking enforcement officer after he received a ticket while paying a bill at a Rogers store. Asif denied the allegation. Moreover, he maintained that the incident would have been captured on the Rogers store video surveillance. This video evidence (if it existed) would have provided conclusive evidence as to what had transpired.

During the trial, I brought an application pursuant to s. 24(1) of the Charter seeking a judicial stay of proceedings to remedy the violation of Asif’s s. 7 Charter rights. I argued that Asif’s ability to make full answer and defence was irreparably damaged as a result of the lost evidence. In determining whether there was a satisfactory explanation for the loss or destruction of the relevant evidence, the court had to consider the circumstances surrounding the loss, including:

Evidence was presented to show that the outdoor facing surveillance camera would have captured the incident in question. Despite the Crown’s assertions that the court could not be certain whether the incident would have been captured on video, the court ultimately found that this missing piece of lost disclosure would have been highly relevant evidence, and that the investigating officer was alive to this possibility when he attended on scene to investigate on March 21, 2017.

The court also found that there was no discernable plan put forward by the investigating officer to obtain the video surveillance and that his evidence in this regard was “unclear, unreliable and of little assistance.”

Additionally, the court found that the investigating officer could have taken steps to secure the video surveillance by simply contacting the systems manager in a timely fashion and ultimately found that all of his actions (or lack thereof) amounted to unacceptable negligence.

The Supreme Court has made it clear that “once it is established that a videotape … depicts the scene of a crime, then it becomes admissible and relevant evidence.” (R. v. Nikolovski [1996] 3 S.C.R. 1197). The court in Asif’s case found that the destruction of the tape was as a result of the officer’s failure to appreciate the scope of the state’s disclosure obligations.

The court ultimately found this to be a case where a judicial stay was required to remedy the breach of Asif’s Charter rights “due to the failure to preserve the one form of dispassionate, independent and unwavering evidence.”

So, what does all of this mean? The bottom line is this: upon being advised of the existence and relevance of the videotape in this case, the police officer had a duty to act immediately to obtain possession of the videotape and, ultimately, to ensure its safekeeping. The importance of video evidence cannot be overstated.

The court in Nikolovski at para. 21 noted that video “continues to record accurately and dispassionately … it remains a constant, unbiased witness with instant and total recall of all that it observed.” In addition to this, the duty of the Crown to disclose all relevant evidence and information is an integral part of the right to make full answer and defence, which in turn is a principle of fundamental justice under s. 7 of the Charter.

Consequently, police officers and Crown attorneys need to be very careful in assessing what evidence is potentially relevant in a case and ensuring the evidence is properly preserved so as to avoid irreparable prejudice to the integrity of the judicial system. Any and all information that is reasonably capable of affecting the accused’s ability to defend himself or herself should be preserved and disclosed. Otherwise, defence lawyers might be able to turn the lost evidence into a “win.”

Sanja Mavrak is a criminal defence and contract lawyer in Toronto. She can be reached via her website, her e-mail address, sanja@mavraklaw.com or by calling (416) 554-4974. 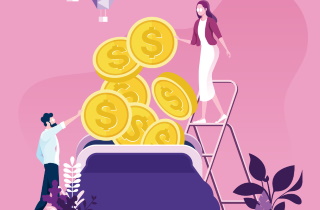 Canada Emergency Response Benefit: What if client is ineligible?