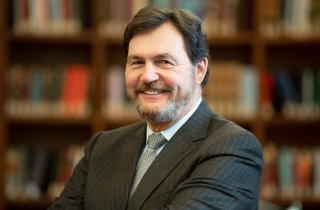 Chief Justice Wagner reaches out to Canadians via video; SCC will hear appeals outside Ottawa for first time

Supreme Court of Canada Chief Justice Richard Wagner will lead the top court to sit outside Ottawa for the first time in its 144-year history and, in another novel move, he announced that historic development to Canadians via a personal video statement posted on social media.

The chief justice, who succeeded Beverley McLachlin as the Supreme Court’s leader in 2017, let it be known months ago that the nine judges planned to make themselves and their court more accessible by travelling to hear some cases outside Ottawa, as part of the Supreme Court’s efforts to improve the public’s access to justice.

The chief justice revealed May 13 that the court will hear two appeals in Winnipeg on Sept. 25 and 26 — K.G.K. v. The Queen, an as-of-right criminal case from Manitoba, and a language rights civil case from British Columbia, Conseil scolaire francophone de la Colombie-Britannique, Fédération des parents francophones de Colombie-Britannique, et al. v. Her Majesty the Queen in Right of the Province of British Columbia, et al.


“It’s important for us to be more accessible to all Canadians, because the Supreme Court is your court,” the chief justice stressed, as he smiled and looked straight at the camera.

“This will be an opportunity for more Canadians to see the court at work, live, right in front of them. We’re very excited to go to Winnipeg, and to welcome Manitobans into their court,” he said in the video statement, posted on the court’s website, Facebook and Twitter.

The Supreme Court also disclosed in an accompanying press release that when the court travels to Winnipeg, it “will hold a large public event and meet with various groups, including Indigenous communities, the francophone community, the legal community and students.”

Chief Justice Wagner told The Lawyer’s Daily earlier this year that he is confident that the top court has the jurisdiction to sit, and hear cases, outside Ottawa — an issue about which some lawyers had raised doubt.

“I think we can do it, and I think it would be one good thing for us to offer to people who do not have a chance to come to Ottawa to the Supreme Court to look at what we do, how we do it, and why we do it at the same time,” explained the chief justice, who has pledged to open up the court and communicate better with the public.

“The nice thing about it is I got the support of all of my colleagues, and that’s really encouraging,” he said of the initiative. “It’s also part of making sure that people keep faith in the judicial system, because that’s ... a big concern of mine.”

The court’s plan to travel to Winnipeg was applauded by The Advocates’ Society. “As legal advocates, we have a keen interest in improving access to justice and enhancing Canadians’ understanding of how our justice system works,” said its president, Brian Gover of Toronto’s Stockwoods. “By providing Canadians with these opportunities to witness firsthand the work of Canada’s highest court and to meet with its members, the Supreme Court of Canada is demonstrating its leadership in enhancing public confidence in the Canadian judicial process.”

Gover told The Lawyer’s Daily the top court is entitled to hear cases outside the capital and called the initiative “refreshing.”

“As I read [s. 32 of] the Supreme Court Act, the court has to hold sittings at certain times of the year — has to hold three sittings per year and the dates when the sittings begin are prescribed by the Act. But that doesn’t foreclose the possibility of the court sitting outside of Ottawa.”

Moreover, as a practical matter, “ultimately it’s the court itself that would interpret the Act if called upon to do so, so I think it’s pretty safe to assume that they’ve thought of issue themselves,” he laughed.

Gover praised Chief Justice Wagner’s approach. “I watched the video and I do think the chief justice is to be applauded for ensuring that Canadians understand the role of the court. … The chief justice likes to say that Canada is a rule of law powerhouse. I think what he’s doing is he’s making good on his promise to make the court more transparent and accessible.”

The plan to sit outside Ottawa is just one of several recent initiatives to promote Canadians’ understanding of their highest court, including the wildly successful “Case in Brief” plain-language summaries it began providing last year for every reserved judgment.

The chief justice’s video statement to all Canadians is also a noteworthy development. For years the top court and its judges spoke almost exclusively through their judgments, except for (often-little publicized) speeches to the legal community. What few off-the-bench public statements were made on court’s behalf (apart from press statements) usually came from the court’s registrar (as official spokesperson) or via the court’s executive legal officer (usually on a not-for-attribution basis).

Chief justices of Canada have not often engaged directly with the general public outside their courtrooms. Former Supreme Court of Canada chief justices Antonio Lamer and McLachlin did make themselves available to talk to the media at an annual press conference organized by the Canadian Bar Association. McLachlin also made some other high-profile public speeches.

However Chief Justice Wagner took public engagement to another level May 13, by speaking directly to Canadians, via video — and then disseminating his words on social media.

The top court follows in the footsteps of supreme and constitutional courts in the U.K., Australia and France who have heard cases outside the capitals in which they have their headquarters. Some provincial appeal courts, e.g. in Quebec and B.C., have also travelled to hear appeals.