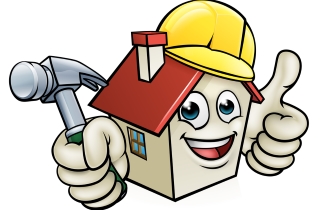 Steve Clark, the Ontario minister of housing, recently made back-to-back announcements — the Community Housing Renewal Strategy (CHRS) and the Ontario Housing Supply Action Plan (OHSAP). Clark made the announcement at a Habitat for Humanity site. Plus, he must have mentioned non-profits three times.

“Community Housing” is a new term intended to capture everything non-housing people think of as low-income housing (whether it’s true or not): non-profits, co-ops, Toronto Community Housing and its brethren municipal housing companies and affordable housing rental at 80 per cent of market. It also includes rent-subsidized tenants renting from private landlords; the many price-points that are needed to make a city the size of Toronto work well.

It’s important to recognize the range here; there is a huge gap between people who can afford to pay 80 per cent of market rent and rent geared to income tenants living in Toronto Community Housing (TCH). We are talking residents receiving disability payments to teachers in their early years. But let’s go with it for now. This is the policy for people who will not be able to afford housing even if all the new supply comes into existence.

Its not stated explicitly, but there is a tacit acknowledgement here that new supply will not supply homes for everyone — and it’s the government's job to intervene so that everyone has adequate housing. This is important, because a deregulated housing market can result in very unfair impacts on low-income residents. The market is not reactive to low rents and expecting it to produce more low-income housing choices is not realistic.

The Ford government’s affordable housing policy says: “Ontario has over 1,000 community housing providers. These non-profits, co-ops, and municipal providers are all essential in the development, delivery and ongoing sustainability of community housing.”

In as much as the solution may be open for debate, the government is describing a part of the problem accurately. Most of the agreements that keep private players (non-profits and co-ops) delivering affordable housing units are expiring and they have to build portfolios that allow long-term sustainability, that is, some affordable housing units are bound to be lost. All the focus on Toronto Community Housing tends to distract policy makers from our non-profit and co-op housing systems. The explicit recognition is good.

To help avoid this result and keep non-profits in the housing field, the strategy has the following main elements:


How to make affordable housing sustainable

Reading the Community Housing Renewal Strategy after the Ontario Housing Supply Action Plan, the former does not seem as fully formed in Clark’s mind. This is what I would tell him about that:

Adequate housing is a human right and you have the means to deliver on that. Non-profits, co-ops and municipal providers are not going anywhere. Their boards are committed to creating affordable housing. They have been for decades. Units lost to the affordable housing system are often turned into market units in order to make sure that other units remain affordable. In other words, non-profits and co-ops are looking to subsidize themselves. In the long term, that is the more sustainable model. So, stop lamenting that and encourage it.

Minister Clark, I am not suggesting that you not repair municipal housing stock, but the opportunity lies in mixed communities: use Ontario’s power and influence to create a robust not-for-profit and co-op network that is keeping housing units affordable, long term. Same for municipal housing corporations. You want to keep them in the business of providing affordable housing units? You liked that they were committed over 35-40 years before? You don’t want to commit taxpayers forever? Then push them to build mixed communities.

It’s absolutely fine for a non-profit to operate market units because it will keep affordable housing units affordable, forever. But when you do rental, please do better than 20 years of affordability. By all means, create affordable ownership, too. I have a whole other rationale for that.

This is the second of a two-part series. Read part one here.

John Fox is a real estate lawyer at Robins Appleby. He specializes in construction, development and affordable housing. He is a former chair of the Laidlaw Foundation and the Daily Bread Food Bank and was heavily involved in the redevelopment of Toronto’s Regent Park community.