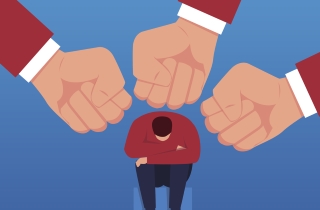 Reminder to fulfil substantive equality promise of s. 15 of Charter

On April 4, 2019, the Court of Appeal for Ontario found that the provisions of the federal and Ontario’s provincial sex offender registries violate the s. 15 equality Charter rights of individuals who have been found not criminally responsible on account of mental disorder (NCRMD) of certain sexual offences (G. v. Ontario (Attorney General) 2019 ONCA 264).

The court decided that the sex offender registries established by the Sex Offender Information Registration Act (SOIRA) and Christopher’s Law (Ontario’s registry) discriminate against NCRMD individuals who have been granted an “absolute discharge” by the Ontario Review Board on account of not posing a “significant risk” to public safety — as compared to individuals who have been found guilty of committing sexual offences under the Criminal Code.

Justice Doherty found that these options are not available to NCRMD accused for the sole reason that they committed the offences while suffering from an incapacitating mental illness. This, he held, was discriminatory within the meaning of s. 15.

The Court of Appeal also found that s. 15(1) of the Charter imposes a positive obligation on legislators crafting sex offender registries. Unlike individuals who choose to commit certain criminal offences, NCRMD individuals do not make that free choice. Once found not to pose a “significant risk” to public safety by the expert Ontario Review Board, these individuals thus cannot be irrevocably assumed to be dangerous.

Instead, any legislation in this area must allow such NCRMD individuals the opportunity to demonstrate that it is not in the interests of justice to place them on a database of sex offenders.

The court’s decision is important for several reasons. Aside from the immediate impact on the liberty interests of NCRMD accused in the province (who may now be able to escape registration in the future), the Court of Appeal’s decision provides an opportunity for criminal lawyers to revive the equality promise of s. 15 of the Charter.

When the Charter was initially enacted, s. 15 had the potential of being one of the most robust sections for ensuring that state legislation and action accords with the notion of substantive equality. The Charter’s founders even initially suspended the passing of s. 15 of the Charter for two years — in order to allow sufficient time for legislators to modify existing laws to ensure their compliance with this equality provision. In other words, the Charter’s founders themselves envisioned s. 15 having a significant impact on existing and future legislation.

Unfortunately, s. 15 has since had a relatively limited impact on legislation, and particularly criminal and quasi-criminal legislation. After a series of complicated decisions, the Supreme Court of Canada “formalized” a s. 15 test in Law v. Canada (Minister of Employment and Immigration) [1999] 1 S.C.R. 497.

The court’s approach under Law v. Canada severely limited the ability of s. 15 claimants to argue that their substantive equality rights were violated. Among other things, this test allowed lower courts to set up an assessment standard (called the “comparator group” against which the discrimination claim was to be measured) in a way that frequently doomed s. 15 actions from the outset. In the same vein, the court imposed a significant burden on claimants by requiring them to establish, not only discrimination, but also that offending legislation impaired “human dignity.”

Fortunately, in the subsequent decisions of R. v. Kapp 2008 SCC 41 and Withler v. Canada (Attorney General) 2011 SCC 12, the Supreme Court recognized these criticisms of its prior s. 15 jurisprudence. The court simplified the s. 15 test by requiring claimants only to show that the offending legislation creates a “distinction on an enumerated or analogous ground” (i.e. race, ethnic origin, religion, mental ability and so on) and to establish that this “distinction create[s] a disadvantage by perpetuating prejudice or stereotyping.”

Similarly, the court held that — although a s. 15 claim is inherently a comparative exercise — claimants no longer need to identity a specific “comparator group.” These steps theoretically reduced the barriers that needed to be overcome by s. 15 claimants.

However, successful s. 15 challenges have remained relatively rare — particularly in the sphere of criminal and quasi-criminal law. This is likely due to s. 15’s history and identity as an unwieldy Charter provision that is difficult to argue successfully. Likely due to its jurisprudential history, many criminal lawyers never apply — or even think to apply — s. 15 of the Charter when reviewing the cases of their clients.

This is troubling, particularly given that individuals who face the criminal justice system are often vulnerable and systemically disadvantaged. Whereas the aspiration of Canada’s legal system is to provide equal justice under the law, the reality is often a disproportionate criminalization of groups based on their ethnicity, mental disability and socioeconomic disadvantage.

However, these two provisions of the Charter have a limited potential to ensure substantive protections for disadvantaged groups. The contemporary application of s. 7 (largely limited to the doctrine of “overbreadth” in practice) mainly polices the process through which legislation is passed — ensuring that the impact of legislation corresponds with the state’s objective in passing legislation (thus not focusing on substantive rights). Section 12, on the other hand, is of limited value because claimants need to satisfy the heavy burden of demonstrating that the offending legislation “outrage[s] our society’s sense of decency.”

This is where G. v. Ontario comes into play as a useful reminder that lawyers can — and should — use s. 15 of the Charter to determine whether legislation discriminates against their clients.

After the Supreme Court’s revisions in Kapp and Withler, s. 15 challenges have been conceptually simplified and the evidentiary requirements for their success have become less onerous. G. v. Ontario is the perfect example of a case where a s. 7 challenge failed — on account of an insufficient evidentiary record — while a s. 15 claim succeeded. Importantly, the s. 15 challenge succeeded not because of complex (and difficult to finance) expert evidence but on account of a logical and critical examination of the offending legislation itself. Pinpointing discriminatory legislation, then, no longer needs to depend on a battle of the experts or on applying an unwieldy constitutional standard.

Ontario’s government has applied for leave from the Supreme Court to appeal G. v. Ontario.

Regardless of the success of the government’s application, however, the Court of Appeal’s decision is an important reminder for lawyers to be vigilant and to apply s. 15 to fulfil the Charter’s substantive equality promise to historically disadvantaged groups, like those with a mental illness, who face the brunt of the criminal justice system.

Andrew Menchynski is a principal lawyer at Morphew Symes Menchynski Barristers. His practice focuses on appellate criminal defence, and he has appeared as counsel at all levels of court in Ontario and at the Supreme Court of Canada. Andrew regularly writes, teaches and presents at conferences on subjects relating to criminal law, quasi-criminal law and mental health law.