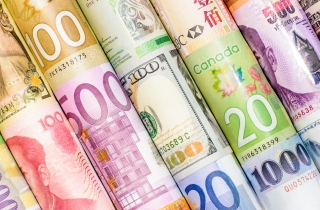 In our last article in this series, we talked about some of the tax and non-tax-related considerations that may arise when an estate has foreign executors or other legal representatives. Here are the remaining considerations.

The general practice is that the bond can be dispensed with or reduced where the proposed non-resident estate trustee provides the court with an affidavit which outlines the “special circumstances” for dispensing with or reducing the bond, along with his or her materials for the probate application. To dispense with the bond, the applicant must prove that the bond is not required to protect the creditors and beneficiaries of the estate, or that there is an alternate way to protect them. Other relevant factors include the size of the estate and whether the beneficiaries of the estate consent to dispense with the bond.

Dispensing with the bond is usually done, if at all, where all the beneficiaries are adult, mentally capable and they consent to the order, and where the court is satisfied that all debts of the estate have been or will be paid.

The Ontario court may at any time reduce or increase the amount of the bond on a motion by any person with an interest in the estate. In practice, a bond can be reduced, for example, to protect the interests of a minor beneficiary in a portion of the estate. Dispensing with or reducing a bond is at the discretion of the court. For example, where the proposed non-resident executor is the sole executor and sole beneficiary of the estate, or where the proposed non-resident executor is the sole executor and the beneficiaries are all adult and sui juris, have provided their written consent to both the appointment and dispensing with the bond, and there are no liabilities of the estate, the court will often exercise discretion to dispense with the bond.

In a situation where, for example, the proposed non-resident executor is the sole estate trustee and one of two or more beneficiaries, the court will often exercise its discretion to reduce the bond to cover the portion of the estate under administration for the other beneficiary or beneficiaries.

A simplified procedure for confirming a foreign grant applies between many Commonwealth jurisdictions called “resealing.” Section 52 of Ontario’s Estates Act provides that a Confirmation by Resealing of Appointment of Estate Trustee With or Without a Will can only occur if the foreign jurisdiction in which the original appointment was made is the U.K., another province or territory of Canada, or a “British possession”.

Confirmation by resealing gives effect to a foreign grant that provides testamentary authority to an individual. The non-resident executor may be confirmed as executor in Ontario by providing, among other documents, either two certified copies of the document under the seal of the court that granted it, or the original document and one certified copy of the same.

An issue may arise where a foreign trust company is appointed as an executor of an estate. For example, the practice in Ontario is to issue certificates of appointment to trust companies authorized by law to act as estate trustees. Under Ontario’s Loan and Trust Corporation Act, no incorporated body can undertake or transact the business of a trust company in Ontario unless it is registered under that legislation.

The court held that where a testator’s will named a foreign trust company as executor and his only asset outside his home jurisdiction was a Toronto condominium, the trust company would not be transacting the business of a trust corporation in Canada and that by fulfilling its duties under the will it would not be offering its services to the Ontario public. Accordingly, it would not be contravening the Loan and Trust Corporation Act (Ontario) and was not disqualified from receiving a certificate of ancillary appointment of estate trustee with a will.

A host of unique and often not well recognized considerations arise where an estate has foreign beneficiaries or foreign legal representatives which provide challenges and complicate the administration of an estate. With increasing globalization, these issues will only arise more frequently in future and need to be identified and appropriately dealt with to achieve optimum results and ensure a smooth estate administration.

This is the fourth in a four-part series. Read part one here, part two here, and part three here.