Cindy Gladue was an Indigenous woman originally from Alberta, where she grew up with her four siblings and extended family. She was also the mother to three daughters and her family described her as both a loving mother and caring auntie. She had close friends and always dreamed about being the first in her family to go to university. Cindy Gladue loved and was loved. She did not deserve her violent death in 2011 nor the indignity done to her body after.

In this column, there will be no details about Cindy’s appearance, what she wore the night she was killed, where she was killed, whether she knew her killer, her level of education, her health status, or what she did for a living — because none of the facts is relevant to her death. Cindy is not to blame for her death. Cindy did not kill herself. Cindy did not engage in a dangerous knife fight or try to kill someone.

Regardless of which version of the story is accepted by the next trial judge — that she was killed by a male trucker who violently cut an 11-cm gash in her vagina, or that she died from a tear from his violent, but unarmed interaction with her — she still died as a result. According to the SCC quoting from evidence at trial, the trucker then tried to hide evidence, change the crime scene and lie about his involvement. His name doesn’t deserve to be said aloud, nor does he get to hide behind any of the racist or sexist excuses he used at trial to defend himself. None of the evidence referred to at trial or the SCC indicates that he should be believed. Cindy’s life story does not get to be narrated by the man who admits to committing this violence against her.

However, awareness of the crisis only gets us so far. The court proceedings which followed Cindy’s death show just how deeply engrained racism and sexism against Indigenous women still is in Canadian society, especially the justice system. In R. v. Barton [2019] S.C.J. No. 33, Justice Michael Moldaver, writing for the majority, allowed the accused’s appeal in part and sent the matter back to trial, but only on the charge of the unlawful act of manslaughter. The dissent would have dismissed the accused’s appeal entirely. Justices Rosalie Silberman Abella and Andromache Karakatsanis writing for the dissent (Chief Justice Richard Wagner concurring) agreed with the Alberta Court of Appeal that the matter be ordered back for retrial on both charges of first-degree murder and manslaughter.

The majority made some important points about the extent to which racism is still widespread in the justice system. At para.199, the majority explained: “Furthermore, this Court has acknowledged on several occasions the detrimental effects of widespread racism against Indigenous people within our criminal justice system. For example, in Williams, this Court recognized that Indigenous people are the target of hurtful biases, stereotypes, and assumptions, including stereotypes about credibility, worthiness, and criminal propensity, to name just a few. … In short, when it comes to truth and reconciliation from a criminal justice system perspective, much-needed work remains to be done.”


The majority further stressed that, as a matter of respect, both the Crown and the defence counsel should have referred to her as Ms. Gladue instead of “Native girl” during the trial. These are important points and the SCC made many important clarifications in the case in relation to the many problems surrounding sexual assault cases.

However, there is a downside to the majority’s decision. Their logic and reasoning around the impact of racism and bias in this case did not follow through to their ultimate finding. The majority allowed the accused’s appeal in part, by limiting the charge for which the killer could be retried — manslaughter only. The dissent pointed out that racism doesn’t work that way and can’t be so easily compartmentalized. They explained that there was no “filter” on the victim’s prior sexual history and no warning by the judge to the jury to avoid making stereotypical assumptions about Indigenous women.

They also argued that this created an image of Cindy “that was unfair and would have permeated the whole trial and the jury’s deliberations on both murder and manslaughter” (para. 214). The dissent further emphasized, “He [trial judge] provided no specific instructions crafted to confront the operative social and racial biases potentially at work. This rendered the whole trial unfair” (para. 215).

While the dissent did go further than the majority, they too missed an important opportunity to speak to the indignity committed against Cindy’s body after her death when segments of her vagina were brought into court as an exhibit. Cindy was a life-giving mother of three girls. Her body and her life-giving parts had already suffered a gross violation which led to her death. There was no necessity — in an effort to prosecute her killer — to remove her life-giving parts and put them on display in a courtroom. They could have used the coroner’s testimony, animated illustrations of the extent of the cut or tear, and worst-case scenario, pictures. Putting her life-giving parts on display served to further dehumanize her before the judge and jury.

Even though the SCC made some important findings in this case, their caution that the justice system has a lot more work to do applies equally to them. We need more than the “important step forward” they commended themselves for — we need a wholescale change. That won’t happen if the highest court in the land cannot call out and end the kind of indignity committed against Cindy — which represents the many indignities committed against Indigenous women and girls since contact.

Dr. Pamela Palmater is a Mi’kmaw citizen and member of Eel River Bar First Nation. She has been a practising lawyer for 18 years specializing in Indigenous and human rights law and currently holds the position of associate professor and chair in Indigenous governance at Ryerson University. She maintains her own political blog at www.pampalmater.com.

Interested in writing for us? To learn more about how you can add your voice to The Lawyer’s Daily, contact Analysis editor Richard Skinulis at Richard.Skinulis@lexisnexis.ca or call 437- 828-6772. 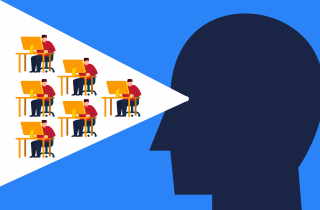