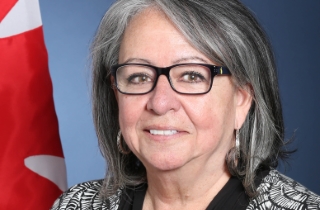 In a rare show of non-partisanship in the criminal law area, the Senate’s Legal and Constitutional Affairs Committee has voted unanimously to amend a government bill that would throw up hurdles to law students, articling students and paralegals appearing in court on behalf of persons accused of summary conviction offences.

Lankin’s amendment modifies just one provision of the Criminal Code: s. 802.1, titled “Limitation on the use of agents”.

(All the committee’s amendments to Bill C-75 must still be approved by the full Senate, and then by the House of Commons.)

As Bill C-75 was passed by the House of Commons last December, s. 802.1 stipulated that agents could not appear, or examine or cross-examine witnesses, on behalf of persons accused of summary conviction offences with penalties of more than six months in prison, unless “the agent is authorized to do so under a program approved — or criteria established — by the lieutenant governor in council of the province.”

Lankin’s amendment changes that by stipulating instead unless the agent is authorized to do so “under the law of the province,” or a program.

From Lankin’s description, the effect of the amendment appears to be that, rather than the provincial cabinet being the one to authorize agents to appear in summary conviction cases attracting punishment of more than six months in jail, such authorization would come by way of a provincial law, or from law societies authorizing a “program” allowing such agent representation under their delegated authority from the provinces.

Unless there are some future ameliorating actions taken by provinces or their law societies, Bill C-75 would eliminate agents’ ability to make representations in court on summary conviction offences because the bill boosts the default maximum penalty for summary conviction offences to two years less a day of imprisonment — from the current six-month maximum for most summary offences.

The use of agents to defend summary conviction cases therefore would be barred because s. 802.1 of the Criminal Code, as it stands now, bars agents if an accused is liable, on summary conviction, to imprisonment for a term of more than six months, unless the defendant is a corporation, or the agent is authorized to do so under a program approved by the lieutenant governor in council of the province.

The prospect of the elimination of agent representation and the consequent huge blow to access to justice (absent individual provinces moving quickly to authorize programs — something not all provinces would necessarily agree to do) attracted loud objections from the Federation of Law Societies (FLSC) , the Law Society of Ontario, the Canadian Bar Association and student legal clinics — although the groups did not all propose the same solution.

(Law Society of Ontario spokesperson Susan Tonkin told The Lawyer’s Daily the law society will review the amendments to Bill C-75 to see what their impacts will be. The LSO was unable to provide immediate comment on the impact of the amendments. The federation did not immediately respond to a request for comment.)

However, all the senators on the legal committee were persuaded that Lankin’s amendment will help remedy the “gap” in representation for people of modest means who can’t afford to hire a lawyer, but who also don’t qualify for legal aid.

“There is much good, important work that is done by law students in our country,” Lankin remarked. “The regulators — in this case, the law societies — have a responsibility and a scope of responsibility that they exercise, which is to establish the programs and the criteria,” she said. “This amendment is to … ensure that there will still have to be a process in the province. Either a law will create the category of agents or will enable, as is the case in most provinces currently, a delegation of that authority to the professional body, which is the law society, the regulator. That’s what we seek to ensure will continue in the future under the hybridization.”

Conservative Sen. Denise Batters, a Saskatchewan lawyer, stressed how important the work done by law students and other agents is. “My view is that this particular amendment is needed to cover a gap in this bill that could impede the working of the criminal justice system in this respect,” she said.

In response to questions from Batters, Department of Justice senior counsel Shannon Davis-Ermuth advised the committee “the government recognizes the important role that agents play in courts for access to justice. The intent of the bill was not to restrict current practices.”

Davis-Ermuth noted however that with Bill C-75’s proposal to hybridize 188 straight indictable offences — that will then have a maximum penalty of two years less a day on summary conviction — the committee’s amendment would significantly increase the number of offences that can proceed summarily.

She suggested that a limit on who can represent an accused is something that is best considered by the provinces. “The federal government does not intend to change current practices or interfere with the jurisdiction of provinces and territories to regulate legal professionals,” she said.

She noted that when the Commons adopted an amendment to s. 802.1 — to allow the provinces and territories to establish criteria and to allow any agent to appear to request adjournments — that approach was previously endorsed by federal-provincial-territorial ministers in 2008 in response to calls from Ontario for greater control over the quality of representation by agents, following a proliferation of agents in Ontario courts in the 1990s and a crisis in legal aid funding.

“At the time, the federal-provincial government consensus was that allowing the criteria to be established by the executive arm of the government would be the most efficient way to address this issue,” she explained. “This is something that we understand can be done fairly quickly, and their legislature does not have to be in session at the time.”

She noted the amendments reclassifying offences, and changing the agents’ provision, would come into effect 90 days after royal assent to the bill.

Davis-Ermuth pointed out that it might take longer for the agent situation to be addressed through provincial laws, if legislative action were required in the provinces and territories.

However Independent Sen. Pierre Dalphond, who spoke in support of the amendment, noted that his consultations with bar associations and legal clinics suggested that obtaining an order from the provincial cabinet could be “a challenge” — especially in Ontario under the new provincial government.

He noted that current statutory provisions in the province allow the Law Society of Ontario to authorize students at law and legal clinics to provide legal services under the supervision of a lawyer who is a member of the law society.

Senators on the committee also passed government-approved amendments tabled by Sen. Murray Sinclair, the Senate sponsor of Bill C-75, to restore judicial discretion to the mandatory victim surcharge in s. 737 of the Criminal Code that was struck down last year as cruel and unusual punishment by the Supreme Court of Canada: R. v. Boudreault 2018 SCC 58.

The amendments indicate that an offender convicted, or discharged under s. 730, of an offence under the Criminal Code, the Controlled Drugs and Substances Act, or the Cannabis Act shall pay a victim surcharge for each offence, in addition to any other punishment imposed.

Undue hardship is defined as the offender being unable to pay a victim surcharge due to the offender’s precarious financial circumstances, including because of the offender’s unemployment, homelessness, lack of assets or significant financial obligations toward dependents.

The imprisonment of the offender, however, is not by itself undue hardship.

A judge would be required to give reasons for reducing the victim surcharge.

The court would also be entitled to order an offender to pay a higher victim surcharge than that stipulated in the Code, if the court considered it appropriate in the circumstances and was satisfied the offender was able to pay the higher amount.