Appeal from a judgment of the Ontario Court of Appeal affirming a decision dismissing Le’s motion to exclude evidence. Three police officers noticed four Black men and one Asian man in the backyard of a townhouse at a Toronto housing co-operative. The young men did not appear to be doing anything wrong but were just talking. The backyard was small and was enclosed by a waist-high fence. Without a warrant, or consent, or any warning to the young men, two officers entered the backyard and immediately questioned the young men about what was going on, who they were, and whether any of them lived there. They also required the young men to produce documentary proof of their identities. Meanwhile, the third officer patrolled the perimeter of the property, stepped over the fence and yelled at one young man to keep his hands where the officer could see them. The officer questioning Le, demanded that he produce identification. Le responded that he did not have any with him. The officer then asked him what was in the satchel he was carrying. At that point, Le fled, was pursued and arrested, and found to be in possession of a firearm, drugs and cash. At trial, he sought the exclusion of this evidence under s. 24(2) of the Canadian Charter of Rights and Freedoms (Charter) on the basis that the police had infringed his constitutional rights to be free from unreasonable search and seizure and from arbitrary detention, contrary to ss. 8 and 9 of the Charter. In convicting Le, the trial judge held that he lacked standing to advance a s. 8 claim, there being no objective reasonableness to any subjective expectation of privacy that he might harbour as “a mere transient guest”. As to s. 9, the trial judge held that, while Le was detained when he was asked about the contents of his satchel, the detention was not arbitrary as the police had reasonable grounds to suspect he was armed. A majority at the Court of Appeal for Ontario agreed, accepting that, had it found breaches, it would not have excluded the evidence as any breach would have been “technical, inadvertent, and made in good faith”.

HELD: Appeal allowed. The police entered the property as trespassers. The trial judge and the majority of the Court of Appeal for Ontario erred by concluding that the detention crystallized only when Le was asked what was in his satchel. Rather, he was detained when the police entered the backyard and made contact. Because no statutory or common law power authorized his detention at that point, it constituted an arbitrary detention. The conclusion that there was no racial profiling addressed the police motivation and not the separate and specific question of the impact race might have had on the perception of the reasonable person in the shoes of the accused. While the s. 9 analysis was objective in the sense that it inquired into how a reasonable person would have perceived the police encounter (and not, in this case, how Le perceived it), the reasonable person whose standpoint was determinative and whose mind was sought to be read was one who stood in the accused’s shoes. No statute authorized these police officers to detain anyone in the backyard. Similarly, the common law power to detain for investigative purposes could not be invoked. Le’s detention was arbitrary because, at the time of detention (when the police entered the backyard), the police had no reasonable suspicion of recent or ongoing criminal activity. Since the detention in this case was not authorized by law, there was no need to analyze whether that law was arbitrary or whether the detention was carried out in a reasonable manner. This was serious police misconduct. The Charter-infringing conduct weighed heavily in favour of a finding that admission of the resulting evidence would bring the administration of justice into disrepute. There simply were no grounds, let alone reasonable grounds, to suspect any criminal wrongdoing was committed or being committed by the young men in the backyard. The discovery of the evidence was only possible because of the serious s. 9 breach in this case. The Courts had to be careful to dissociate themselves and their trial processes from the violation of longstanding constitutional norms reflected in this Court’s Charter jurisprudence that emphasized the importance of individuals’ liberty interests. The admission of this evidence, in the circumstances of this police conduct, would bring the administration of justice into disrepute. The convictions were set aside and acquittals entered. 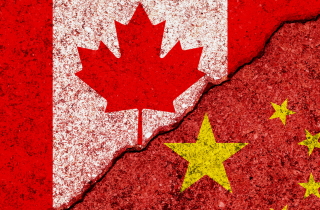 Will China take our immigrants?