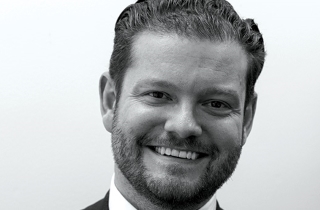 Manitoba’s ongoing strategy to speed up its criminal justice system is a positive step toward better efficiency, but care must be taken to not jeopardize the quality of legal defence for those going through it, says a voice for defence lawyers in the province.

Manitoba’s Criminal Justice System Management Strategy (CJSM) was announced in March 2018 and, according to a recent government news release, has played a role in an 11 per cent drop in the average annual time it takes for a provincial criminal court matter to end.

“The Manitoba government recognizes that, to create meaningful improvements, focus must remain on crime prevention, targeted resources for serious criminal cases, more effective use of restorative justice and responsible reintegration,” a government spokesperson told The Lawyer’s Daily. “The CJSM is an ongoing process that encompasses a variety of initiatives to improve public safety and enhance the long-term sustainability of the system in Manitoba.”

Aims of the CJSM include reducing the number of people entering the province’s justice system, customizing an approach to each case according to its circumstances and the use of restorative justice and other diversion options.

When asked what accounted in the drop prior to the strategy being implemented in 2018, the spokesperson said this “may have been related to the Supreme Court of Canada’s Jordan decision,” a landmark ruling in 2016 that set timelines for the completion of criminal matters.

According to Statistics Canada, Manitoba had the highest rate of incarceration in the country in 2017-18, at 231 adults per 100,000 people.

Criminal Defence Lawyers Association of Manitoba (CDLAM) spokesperson Christopher Gamby said that while there are plenty of positives to the CJSM, there is a risk of leaving defence lawyers with insufficient disclosure when acting for clients.

In certain cases, he said, some elements of disclosure are slower to come than others.

“I think the danger we face with trying to speed things up is that the availability of disclosure is not always as quick as it otherwise might be,” said Gamby, a lawyer with Winnipeg’s Pinx & Co. “Sometimes someone can be charged and there is an ongoing investigation. Other times it’s a situation where the police may be slow to disclose to the Crown everything related to the investigation. Other times, it may be that the Crown has not disclosed it to the defence due to limited resources in vetting it. The sheer volume of disclosable materials in a case can be limited or require several binders to catalogue. Other parts of it may not be ready immediately — expert reports, certificates of drugs or firearms, for example.”

“The disclosure issue is an ongoing issue that I think … has to be a limiting factor for how quickly defence counsel can move things through because, at the end of the day, we have a job we have to do. We are the check and balance; we need to make sure there is sufficient evidence to support a conviction.”

A request for reaction to Gamby’s comments from Manitoba’s government was not immediately returned.

Tim Valgardson, chair of Legal Aid Manitoba (LAM), said the CJSM “has identified the need to have a more rigorous review of matters remanded into custody.”

When asked what role LAM plays in the justice strategy, he pointed to a weekend bail application project, the encouraging of those needing legal aid to apply for it early and the prompt assigning of lawyers “to assist on a duty counsel basis” in providing “advice and assistance well in advance of their first appearance date.”