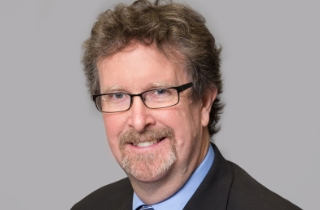 People applying for legal aid in B.C. who do not qualify now have another opportunity to see if they can have their case resolved.

Under the new Criminal Early Resolution Contract (CERC) program, some applicants can have their cases sent by intake staff to a lawyer on a limited basis to determine if the issues can be ironed out before trial. The lawyer then gets a short-term, 90-day contract that has a similar structure as a regular legal aid contract, but without preliminary hearing and trial fees.

According to the provincial Legal Services Society (LSS), which administers legal aid in the province, the new service means lawyers who do legal aid can help more clients who might otherwise have to represent themselves in court on matters that don’t require a trial. The financial eligibility cutoff is $1,000 higher than for regular legal aid representation services, and there is no requirement that clients be facing jail time.

David Griffiths, manager of criminal, immigration and appeals at LSS, said CERC is “not completely new, but a new approach to using the tools we already have.” He noted CERC flows from a pilot program in Port Coquitlam which expanded criminal duty counsel services.

“We made sure everybody coming into court had an opportunity to talk to a lawyer at a scheduled time where the lawyer can review the case with the client, and from that point forward make a decision as to whether it should be resolved,” he said. “If it looked like it could be resolved, then the lawyer could talk to the Crown to see about resolving it.”

Griffiths said the Port Coquitlam program was “very positive in what it demonstrated,” and the CERC program moves it a step beyond the model to one which is less dependent on having court space.

“It helps build that focus upon meeting with a client, determining whether there is a case suitable for pursuing a resolution and seeing whether you can get it resolved with the Crown,” he said. “We know vast numbers of cases are going to be resolved through some kind of negotiation or plea, whether someone qualifies for legal aid or not.”

But Griffiths said the reason LSS is not simply changing eligibility and eliminating the requirement to face jail time is because “the costs of a case are significantly different if a matter is going to take time to resolve.”

“This is still an early stage and we’re going to evaluate this to see what we have,” he said. “The cost of cases when they are reserved early from the system is significantly less than it would be if we were potentially committing everyone to a trial.”

There has been an increased focus on the legal aid system in British Columbia in recent months. At the end of March, LSS and the B.C. government announced a one-time grant of $7.9 million to increase payments to legal aid lawyers until Oct. 31, 2019, after the provincial Association of Legal Aid Lawyers (ALL) threatened to withdraw their services. In addition, the government entered into negotiations with ALL on an agreement for long-term, sustainable legal aid funding.

Griffiths said negotiations will begin over the summer and will look at legal aid issues long range.

“The issues are still being defined by the parties,” he said. “We are gathering our information with the expectation people will be getting more involved in that towards the end of this month and towards the end of the summer, and that’s based on the interim agreement.”

Criminal lawyer Kevin Westell of Pender Litigation said he is optimistic things are moving in the right direction on legal aid.

“The fact that ALL is at the table with the province is a vast improvement of what we’ve had with other governments,” he said. “I don’t pretend to know what’s going on behind the scenes of government, but I don’t see why they would extend the olive branch the way they have if they weren’t negotiating in good faith.”

But Westell added it is unfortunate people who need legal assistance, especially on criminal matters, are still falling through the cracks.

“My feeling is that anybody who is charged with a crime or who is being investigated for a criminal matter who can’t afford their own lawyer should get one,” he said. “But I understand LSS finds itself in a position where they don’t have the funding to do that.”

The total budget for the CERC program is $1 million.