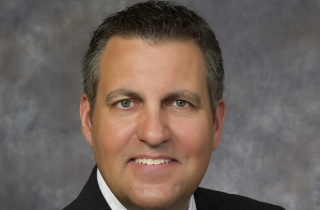 Details such as start date and cost remain unknown in Manitoba’s bid to replace its old and fragmented court system with computerized management.

The province’s government announced on May 28 its plans to “modernize Manitoba’s courts through the development of an Integrated Case Management System (ICMS),” integrated computer technology linking courts across the province.

“This project is an important initiative to replace antiquated, outdated systems,” said Manitoba Justice Minister Cliff Cullen in a statement. “Once the new system is implemented, it will help ensure more Manitobans all across our province have access to justice information.”

The ICMS “will revolutionize the way information is handled right across [Manitoba’s] court system,” Cullen stated.

According to the announcement, the ICMS is “a single system with integrated modules that share information.” It will support all three levels of court in the province and link up its “20 different systems,” which, as it stands, are mostly paper-based and require manual updating.

“Manitoba’s vision is that stakeholders will have the opportunity to perform court business online rather than having to travel to one of 12 court centres in [the province],” a government spokesperson told The Lawyer’s Daily. “This is especially important for those that do not have ready access to a court centre in their community.”

But she had no answers when asked when the system will be up and running and how, specifically, it would help Manitoba consolidate its different systems and move away from its current, paper-based model, saying only that it was too early to provide specifics.

And the “cost of the system is not yet known,” she said.

She did say the province recently issued “a request for proposal (RFP) to tender for IT and change management consulting services to assist the Manitoba team in gathering business requirements and to develop the technical content of an RFP to acquire the ICMS.

She said that “Manitoba’s vision is to provide simpler, faster and efficient judicial proceedings through modern technology,” but that “[i]t is too early in the process to provide any specifics regarding what will be changing.”

Repeated requests for clarification and further explanation were not returned.

Neither Legal Aid Manitoba nor its Public Interest Law Centre was prepared to comment on the ICMS.

Manitoba has long been looking for answers when it comes to its sluggish courts and a lack of access to justice — particularly for rural and remote parts of the province.

In November 2017, the Canadian Centre for Policy Alternatives published a report stating that everyone in Manitoba should have “the knowledge, resources and services to seek an effective resolution to a legal problem.”

“This could mean making use of technology and developing a digital access to justice strategy,” it states.

It goes on to note several things Manitoba has done to improve the situation, such as providing better Internet and phone service around the province and putting plans in place to improve to broadband service in Manitoba’s north.

“When these improvements to Internet and cell phone service are implemented, they could certainly be used to enhance and improve access to justice in rural and remote areas of the province,” states the report.