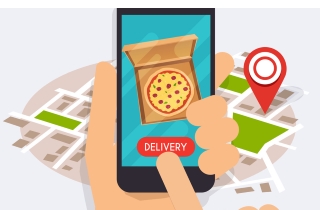 On May 23, 2019, the Supreme Court of Canada granted leave to appeal from the landmark decision of the Ontario Court of Appeal in Heller v. Uber Technologies Inc. 2019 ONCA 1. In that case, the Court of Appeal allowed a class action to proceed and refused to give effect to an arbitration clause that would have forced UberEats drivers in Ontario to arbitrate their claims, in the Netherlands, under Dutch law.

If the Court of Appeal had gone the other way, any arbitration commenced by an individual UberEats driver would have had to be conducted using an international arbitration institution that requires him or her to pay US$5,000 just to get the case started, and to incur substantial expenses in prosecuting the arbitration thereafter. (On average David Heller makes $400-$600 a week for 40 to 60 hours of working driving his own vehicle.)

There would be no limits on what Uber and its lawyers could spend to defend the arbitration. It is reasonable to assume that such an arbitration could cost more than the annual income of an average UberEats driver. In the unlikely event that any such arbitration actually was to take place, the arbitrator appointed by the institution (very likely from another country) would decide whether the UberEats driver was entitled to the minimum protections put in place by the Employment Standards Act (ESA).

If the Court of Appeal had gone the other way, any employer in Ontario could effectively sterilize the rights of its employees under the ESA with similar arbitration clauses. This is actually the situation that now prevails in the United States.

If the Court of Appeal had gone the other way, Uber would effectively have been able (at the stroke of its own pen) to avoid being a defendant in a class action in Ontario — even though the very purpose of the Class Proceedings Act is to provide access to justice and to modify the behaviour of large corporations.

The Court of Appeal made its decision on the basis that it had to accept Heller’s pleading that he is an employee; but under arbitration law that is a question for the arbitrator to decide unless the facts are very clear. (Of course, the obstacles to UberEats drivers obtaining such a determination are self-evident.)

The Court of Appeal found the arbitration agreement to be unconscionable; but it lowered the test for unconscionability set out in earlier case law. It found that the arbitration agreement was an impermissible contracting out of the right to complain to the Director of Employment Standards under the ESA; but it was less than convincing as to why a person can opt out of that right by commencing a civil action but not by initiating an arbitration.

Why did the Court of Appeal have to wander into these murky grounds to support such an obviously fair and just decision? The answer is simple. The law that supports the enforcement of arbitration agreements is strong and has increased in strength in recent years. This is a very good thing when bona fide arbitration agreements are involved. The problem is that the type of “arbitration agreement” in the Uber case is an arbitration agreement in name only. It borrows the goodwill that arbitration enjoys but provides none of the benefits. Such clauses have little or no utility in terms of providing for the resolution of disputes by arbitration. Their primary effect is to suppress claims, to prevent access to justice and to undermine, for all practical purposes, the protection of mandatory laws such as the ESA.

The granting of leave to appeal in Heller v. Uber creates a welcome opportunity for the Supreme Court of Canada to consider some overarching issues relating to arbitration and class actions, free from the constraints of the statutory context that framed similar issues in its recent decision in TELUS Communications Inc. v. Wellman 2019 SCC 19.

It remains to be seen whether counsel and intervening parties will present the issues in a manner that will encourage the SCC to focus on the real issues.

William Horton, wgh@wgharb.com, is an independent arbitrator of Canadian and international business disputes.