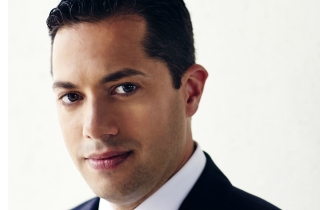 This view comes after a June 12 announcement by Legal Aid Ontario (LAO) that it will be slashing $14 million in funding for legal aid clinics throughout the province in a bid to save $70 million for its 2019-2020 fiscal year.

But the lion’s share of the cuts will hit Toronto, where 13 neighbourhood clinics across the city will face an overall cutback of $1 million.

An additional clinic, Parkdale Community Legal Services, will face its own $1 million cut out of the $2.37 million it was reportedly due to receive — a reason being a decline in the number of low-income residents in that west-end area.

But critics say the cuts will generally hurt low-income residents — the very people legal aid is supposed to serve.

All of this comes in the wake of the April 11 provincial budget, when Premier Doug Ford’s Progressive Conservatives slashed LAO’s funding by 30 per cent as part of the government’s widespread cuts to various services.

A spokesperson for Ontario Justice Minister Caroline Mulroney called it a “necessary” step for both LAO clients and taxpayers.

“Legal [Aid] Ontario has worked to ensure resources are targeted to direct, frontline services for people,” said Alexandra Adamo. “There is no doubt that some lawyers and other special interest groups will resist renewed accountability with public dollars, but it is necessary to better serve [LAO’s] clients and the taxpayers who pay the bill.”

Another spokesperson told various media outlets that private lawyers would no longer be able to “bump aside” legal aid-funded duty counsel already in the courtroom.

“What we can imagine is that there are going to be far more people in the courts who are not able to afford a lawyer or secure any type of meaningful representation,” said Brown, principal of Daniel Brown Law. “There are the risks of wrongful convictions in those cases. There is the risk that people will plead guilty — even when they are not — simply because they are lost in the system. And those that remain in the system are likely to clog up the system and consume a huge amount of court resources and court time, leading to delays in the court system that may impact other significant criminal cases.”

Lengthy delays could lead to some criminal cases being tossed out, he said.

“The thought was better legal aid funding would help improve that, and we’ve seen examples where better funding has improved the speed of cases going through the justice system, so this is really a step backwards for speedy justice in Ontario.”

But LAO vice-president of clinic law services Jayne Mallin has a different take.

“LAO has carefully looked to find savings that minimize the impact on … clients,” Mallin told The Lawyer’s Daily.

When asked why Toronto was the hardest hit, Mallin said clinics in that city have greater access to community supports — public transit, community partners and various support services, for example — than clinics in rural areas.

“Given their close proximity to each other and other supporting resources, Toronto clinics are better positioned to mitigate a potential impact to client services compared to clinics outside of the GTA,” said Mallin. “Toronto clinic budgets will be adjusted based on each clinic’s low-income population, with no clinic being impacted greater than 10 [per cent] and a minimum reduction of $58,000.”

LAO also gave notice to criminal lawyers that, as of July 7, they can no longer bill block fees — flat rates paid by legal aid — for bail hearings, most of which would be handled exclusively by duty counsel, LAO-funded lawyers assigned to bail court to act for those unable to afford a lawyer from the private bar.

“Certificate lawyers may no longer bill for bail hearings on block fees,” stated the notice. “On these matters, duty counsel will continue to be available to provide bail services. For more complex tariff cases, including those in LAO's Big Case Management program and matters set for trial, certificate counsel may bill for bail hearings.”

Brown said this effectively shuts out private lawyers from handing bail hearings for the most common of offences.

“What they’ve done is essentially gut the bail assistance program, such that they are not going to pay … lawyers to appear for bail hearings on a number of common criminal offences, like assaults and others I guess … you might categorize as more minor offences,” said Brown, noting that a resulting increased workload for legal aid lawyers could, in the end, compromise their abilities.

“There is going to be a huge demand on their time and efforts that will result in inferior service to the clients,” he said.

(Brown also noted a reduction in the time LAO will fund for bail reviews from 10 hours to five, as well as changes that will mean lawyers having to wait longer to be paid.)

Lawyer Omar Ha-Redeye, of Fleet Street Law, spoke of the bail changes possibly leading to innocent people having to spend lengthy periods in a cell while their matter is being sorted out.

“We can expect a lot more compelled or coerced guilty pleas, by innocent individuals who just want their court ordeal to be over. … Without proper representation at a bail hearing, we can be fully confident that some innocent people in Ontario will be incarcerated until their trial date, often as long as [two] years in jail for a crime they did not commit.”

But Mallin said duty counsel are already handling 81 per cent of all bail hearings.

“Duty counsel are in bail court already and regularly run same day bail hearings,” she said. “We do not anticipate that there will be delays — in fact, possibly the opposite — but we will be monitoring to ensure that this change does not result in delay for LAO clients.”

“What Legal Aid Ontario is saying is we have all these great staff lawyers who can represent people at bail hearings, but it really ignores a number of realities. Number one is there are a number of lawyers who already have long-standing relationships with their clients, and that institutional history a lawyer has can often be the difference … between the person getting bail and denied bail.”