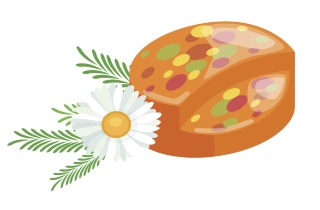 Applications will still be examined on substantive, relative and technical grounds, but there will be many additional considerations as well, with distinctiveness given much more prominence in examination under the post June 17 Trade-marks Act.

All applications will be examined for inherent distinctiveness, including any application that had not yet been advertised as of June 17.

Where “the Registrar’s preliminary view is that the trademark is not inherently distinctive,” an objection will be raised, either to the mark as it applies to all, or just a subset, of the goods and services.

If the applicant is not able to overcome the objection through argument, they will have to file affidavit evidence, showing that the mark is distinctive as of the filing date of the application.

It is not clear exactly what evidence will be required to establish that a mark is distinctive, but it may including one or more of the following, namely that the mark:

A number of new non-traditional marks will be registrable, such as scents, tastes and textures, in addition to those that are already registrable, including sounds, holograms, three-dimensional shaping of goods and mode of packaging (the latter two are essentially what are known as distinguishing guises under the current Act).

There are strict guidelines as to how non-traditional marks are to be represented and/or described in an application. As applicants, agents and examiners get used to these specific technical requirements, there is bound to be a surge in technical objections.

Following June 17, where an application is objected to on the basis that the mark is primarily merely a name or surname or that it is clearly descriptive, and the applicant is unable to overcome the objection through argument, the trademark may still be registrable “if it is distinctive at the filing date … having regard to all the circumstances of the case including the length of time during which it has been used” (s. 12(3) of the Act). The applicant must furnish evidence showing that the mark is distinctive as of the filing date.

Section 12(3) replaces current s. 12(2), with one important distinction. The current section requires evidence of “use in Canada” such that the mark has “become distinctive” at the filing date, whereas new s. 12(3) does not refer to “use in Canada.” This suggests that use outside of Canada may also be persuasive.

The Registrar still has the ability to restrict the registration to the “defined territorial area in Canada” where the trademark is shown to be distinctive, so certainly the traditional s. 12(2) evidence of extensive sales and advertising, broken down by province, would still be ideal.

Foreign applicants will no longer be able to overcome registrability objections by relying on their home country registrations, use abroad and demonstration that the mark is “not without distinctive character” in Canada with the removal of s. 14 from the Act. It will be necessary for everyone facing a name/surname or descriptiveness objection that cannot be overcome through argument to show that their mark is distinctive as of the filing date.

However, because s. 12(3) does not specifically refer to “use in Canada”, it may permit the type of evidence traditionally associated with s. 14, namely use in another country with spillover advertising in Canada.

A trademark will not be registrable if its features are dictated primarily by a utilitarian function.

Utilitarian function is currently covered under the provisions of the Act dealing with “distinguishing guises,” but those provisions will be gone as of June 17, and this “new” examination criteria will be applicable to all marks.

After June 17, classification will be mandatory and any applications that have not yet been advertised will have to be amended to classify the goods and services.

Goods and services will still have to be described “in ordinary commercial terms” and in a manner that identifies a specific good or service, but they will also have to be grouped according to Nice class, preceded by the class number, and presented in numerical order by class.

The best way to avoid classification objections is to pick from the list of acceptable terms in CIPO’s Goods and Services Manual, which also lists the applicable classes.

If there is a dispute over classification, the Registrar’s determination prevails and is not subject to appeal.

Finally, it is not only examiners who will be applying new grounds and criteria during examination. Following June 17, the Trademarks Office will accept third-party correspondence in connection with pending applications on three specified grounds:


Currently, third parties have to wait until the application is advertised for opposition to raise their concerns. The Trademarks Office will not consider prior use of a confusingly similar mark, only information related to the enumerated grounds and a list of the relevant registrations or pending applications.

The sender will not be notified as to whether any action was taken as a result of the notification. It is up to the sender to continue to monitor the application so they can oppose, if the mark is eventually advertised.

Meghan Dillon’s practice at Bereskin & Parr LLP focuses on all aspects of brand protection, including opinions on registrability, filing and prosecuting applications, representing clients before the Trademarks Opposition Board and assisting clients with the management of their trademark portfolios.