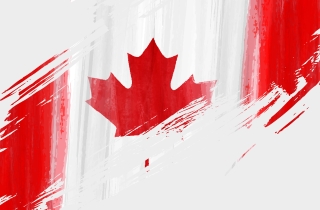 Why uniquely Canadian official marks are trademarks ‘on steroids’

June 17 was the highly anticipated coming into force date of the implementation of significant amendments to the Canadian Trade-marks Act under Bill C-31, and certain amendments under Bill C-86.

One of the more notable changes that was introduced after June 17 under Bill C-86 deals with official marks, which are badges, flags, crests, emblems or marks that are essentially adopted and used by public authorities.

Official marks are uniquely Canadian and differ from ordinary trademarks.

They are trademarks “on steroids,” and the nature and extent of the monopoly granted to official mark owners is extraordinary.

Official marks enjoy exclusivity regardless of their goods and/or services, and they block the use and adoption of any mark that consists of or is so similar that it might be mistaken for, the official mark.

The official mark need not be distinctive or have acquired secondary meaning; it may be descriptive and it may be confusing with another mark. The sole requirement for registration is that the registrant must qualify as a public authority.

Once notice of an official mark has been given it is virtually non-expungable and exists in perpetuity unless the owner has it withdrawn. Further, cancellation proceedings are not available, even if the official mark is not in use.

In fact, official marks continue to exist on the trademarks register, even if the owner no longer exists; and, accordingly, continue to clutter the Register and block the registration of third-party trademarks.

In 2007 there was an attempt to try and limit ownership of official marks by narrowing the definition of “public authority.”

The new amendments under Bill C-86 go a few steps further and provide a simple procedure to try and invalidate these super marks (without the need to participate in a court proceeding). Under the new legislation either the Registrar or any person who pays a prescribed fee could try and invalidate an official mark, provided it could establish that the entity that obtained the official mark was “not a public authority” or “no longer exists.”

The new changes definitely provide an easier process to try and clean the Register, and the legislation is moving in the right direction.

That said, there is still much more that can be done to prevent the abuse of these super marks in Canada and to clear the Register.

Stephanie Vaccari is a partner (and managing partner-elect) at Baker & McKenzie’s Toronto office. She spearheads the Toronto office’s luxury and fashion group and represents clients from a variety of industries, including the pharmaceutical, confectionery, apparel, IT and telecommunication industries. She has been an active member of the International Trademark Association (INTA), and is a current member of INTA’s Non-Traditional Marks Committee.