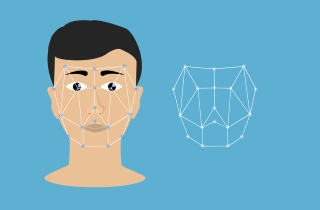 The Toronto Police Service has been using facial recognition tools for over a year.

This means that police are feeding images of folks in Toronto, captured as we go about our daily business, into an algorithmic tool that is trained to identify faces. These could be photos from a crime scene caught on cellphone cameras, images caught by video surveillance cameras in department stores or public parking garages, they could be stills or videos caught by the myriad cameras we happen to pass every day.

Toronto police are then taking these images and feeding them into a facial recognition algorithmic tool. The artificial intellilgence (AI) then compares faces captured in the subject images as against a database of 1.5 million mugshot photographs.

The point of this exercise is to assist with criminal investigations: to see if the algorithm can identify someone in an image as a person already known to police.

With little or no public consultation or scrutiny, Toronto police issued a request for proposals for a facial recognition tool of its own in 2017.

Two companies’ proposals were evaluated and benchmark tested. With little or no public consultation or scrutiny, Toronto police selected the facial recognition tool of the NEC Corporation of America.

The NEC algorithmic tool was installed in Toronto in March of 2018. The 12-month warranty period for the tool expired in March of 2019, at which time the Toronto force contracted for maintenance and support from NEC for five more years, until 2023.

Apparently, at some point, the Toronto police conducted a privacy-impact assessment in relation to the facial recognition tools it acquired.

This is not a public document, so the scope and conclusions of the privacy assessment are not easily accessible.

And just like that, our police service has a tool that helps it surveil people in their day-to-day movements around Toronto. Ottawa and Calgary police services are also using facial-recognition tools.

San Francisco recently banned the use of the very same kind of facial recognition algorithmic tools that the Toronto Police Service is now using.

There the ban was motivated by privacy and civil liberties concerns, by concern over the potential for misuse and the concern over potential state and law enforcement overreach.

These are very real concerns. Ones Torontonians should share.

This is part one of a two-part series. Part two: Why facial recognition rechnology is racist, invasive, dangerous