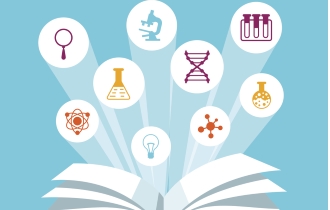 Trademark reform arrived on June 17, 2019. We cannot say that it was a surprise since it’s been pending since 2013. There are many significant developments such as the impact of the changes on searching and clearance procedures, the scope of what can be applied for in an application and how applications are processed, and opposition practice as well as the prospect of filing internationally under the Madrid system. The impact on brand owners will be significant as they must now be more vigilant to ensure their rights are protected. For lawyers and trademark agents there are new complexities to deal with.

To help you understand the new regime and the changes, the Analysis Editors at The Lawyer’s Daily and a group of experts have put together a series of articles written by leading practitioners. The articles deal with the above matters as well as Geographical Indications and Official Marks. The articles follow from the very successful Osgoode Hall CLE, April 30 presentation on this topic.

After years of anticipation, on June 17 Canada rolled out significant changes to its trademark law. Among the important changes is the elimination of “use” as a prerequisite to trademark registration. While this change will simplify trademark applications, it also opens the door to an increase in “clutter” of the Trademarks Register, contentious proceedings and trademark squatters. Accordingly, suitable trademark searching, clearance and monitoring will become increasingly important — and challenging — under the new trademark regime.

The changes to Canadian trademark law and practice that come into force June 17 will significantly impact the prosecution of Canadian trademark applications. Applications will still be examined on substantive, relative and technical grounds, but there will be many additional considerations as well, with distinctiveness given much more prominence in examination under the post June 17 Trade-marks Act.

Peachy keen: How geographical indications could reshape how we view peaches

Canadian businesses have lagged behind much of the industrialized nations in their recognition of the value of intellectual property to protect their intangible assets. When we talk about intellectual property, most Canadians are generally familiar with the concepts of protection for patents, trademark and copyright.

Why uniquely Canadian official marks are trademark ‘on steroids’

June 17 was the highly anticipated coming into force date of the implementation of significant amendments to the Canadian Trade-marks Act under Bill C-31, and certain amendments under Bill C-86. One of the more notable changes that was introduced after June 17 under Bill C-86 deals with official marks, which are badges, flags, crests, emblems or marks that are essentially adopted and used by public authorities.

What Madrid International Registration trademark system means to you

On June 17 Canada joined the Madrid International Registration (IR) trademark system. So why should Canadian brand owners care? As a Canadian brand owner you may now file in up to 103 other jurisdictions using an IR, including in key markets for Canadian businesses such as the U.S., China and Mexico.

On June 17 Canada joined the Madrid International Registration (IR) trademark system. In the first part of this two-part series, I explained why Canadian brand owners should care and I outlined the advantages of the IR system. In this second column, I talk about disadvantages of an IR and include some tips for moving forward.

John McKeown, counsel at Goldman Sloan Nash & Haber LLP, is certified by the Law Society of Ontario as a specialist in intellectual property law (trademarks/copyright). He is the author of Canadian Intellectual Property Law and Strategy: Trademarks, Copyright and Industrial Designs. He can be reached at mckeown@gsnh.com. 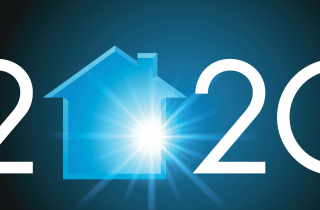