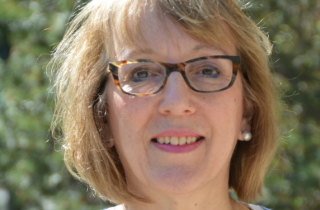 “While they have a lot of independence, ombuds institutions are still public sector bodies that should strive for gender equality in public administration and can serve as non-judicial mechanisms to improve women’s access to justice,” said Reif, author of “Ombuds Institutions: Strengthening Gender Equality, Women’s Access to Justice and Protection and Promotion of Women’s Rights,” a chapter in the book Research Handbook on the Ombudsman.

Reif reviewed data from European and English-speaking Commonwealth countries to discover the strengths and weaknesses in various types of ombuds institutions. She identified several major findings. First, she noted, “both human rights ombuds and classic-based ombuds institutions undertake some investigations into women’s rights issues although the latter may not recognize them as women’s rights or gender issues and their work in the area is much more sporadic.”

The CN professor of international trade law found that the most common women’s rights issues addressed by both types of ombuds are gender-based violence, gender discrimination and violations of economic, social and cultural rights of women. “Ombuds can be valuable access to justice mechanisms for economic, social and cultural rights because these types of rights are often not justiciable,” Reif said.

She noted, however, that human rights ombuds clearly have more powers to address women’s rights issues compared to classic ombuds. They have human rights promotion powers, many have constitutionality and other litigation powers, and some are national preventive mechanisms under the Optional Protocol to the UN Convention against Torture.

In particular, the Alberta law professor would like governments to ensure gender mainstreaming includes special attention to vulnerable women and she recommends ombuds use more of their own initiative investigations to address women’s rights issues, especially those experienced by vulnerable women who may be more unlikely to make complaints.

Visibility is also essential. As they do for children and seniors, Reif is calling on ombuds institutions to consider making women and their rights a focus area in annual reports, on websites and in other communications vehicles.

Governments need to look at enacting legislation for ombuds institutions to examine whether statutory reform can improve women’s access to justice, she added, and they need to put more emphasis on trying to appoint more females as ombudspersons. “However, I always take the position that there are also non-legal factors that affect what ombuds institutions can do. These include the attitude of the government to human rights … and the overall democratic environment in the country.”

Correction: Linda Reif is a law professor at the University of Alberta