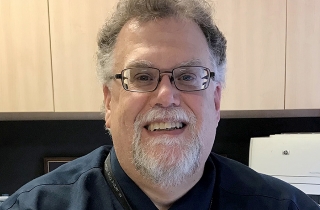 The disproportionate impact of Canada’s legal system on Indigenous communities is an issue that has been identified by countless studies and reports, and the organization responsible for legal aid in Alberta says it is working to ensure as many of its lawyers as possible become more aware of it so they can better represent their clients.

Danny Lynn, senior advisory counsel for adult criminal law at Legal Aid Alberta (LAA), said cultural sensitivity training on Indigenous issues began in 2015 for staff, flowing from the Supreme Court’s decision in R. v. Ipeelee 2012 SCC 13 and “the need to understand where our Indigenous clients were coming from and the issues that bring them into conflict with the law.” He noted LAA began developing a program in consultation with Patti LaBoucane-Benson, former research director at the Native Counselling Services of Alberta and now a senator, which initially focused on just cultural awareness.

“As we proceeded it morphed into including more of the historical trauma aspect and the effects of colonialism, to provide our staff with a better understanding of the issues that area faced by Canada’s Indigenous people on basically a daily basis,” he said. “And then in 2017 we decided that we would expand that training and offer it not only to our staff but also our roster.”

And after the sweeping final report and recommendations of the National Inquiry into Missing and Murdered Indigenous Women and Girls (MMWIG), LAA said it is stepping up its efforts to ensure all of its staff and as many members of its roster as possible receive the training. LAA said it is aiming to ensure all staff and about 23 per cent of its roster, which consists of approximately 1,300 lawyers across the province, are trained by March 2020.

The program involves an analysis of historical trauma and the effects of colonialism, as well as training on s. 718.2(e) of the Criminal Code and how to properly use the findings of Ipeelee and R. v. Gladue [1999] 1 S.C.R. 688 in dealing with sentencing and bail hearings, said Lynn. Messages are sent out to rostered lawyers regarding the training and what cities it is being offered in so they can respond to it and sign up.

“Most of the people who have attended so far have been criminal lawyers,” he said. “But we did get some people who practise child welfare and family law, so we discussed those aspects as well.”

Roughly 30 per cent of Legal Aid Alberta’s certificates are to assist Indigenous Albertans, said Lynn, and “if you look at the numbers on who duty counsel assists in the docket courts, that gets closer to 50 per cent.”

Lynn said it was likely a lack of cultural awareness across the country and not enough attention paid to significant decisions like Gladue in the judicial system as to why it took so long for organizations to provide more cultural sensitivity training on Indigenous issues to their members.

“And then Ipeelee came out, and when I read it I saw its importance and the devastation my Indigenous clients had faced in their lives,” he said. “And then I had my first big case that involved a Gladue report and I was shocked about what my client had faced in his life, so then I started advocating that we needed to do this training.”

Legal Aid Alberta is working on an overall Indigenous action plan, said Lynn, which is in its final draft stages. It also recently put out its three-year strategic plan, which emphasized outreach and reducing barriers to access.

“Legal Aid Alberta also has a memorandum of understanding with the Siksika First Nation, where we provide legal services on the reserve for members of the band [who] are facing either criminal charges or family matters,” he said. “I believe it’s the only one in the country where legal aid has an agreement to provide legal aid and assistance like this, and one of the things we are looking at is expanding it to other First Nations in Alberta.”

More information about Legal Aid Alberta can be found here.