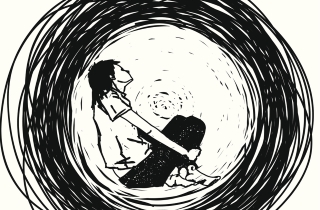 A personal view of MMIWG: 15 of my First Nations clients are dead

The final report of the Missing Murdered Indigenous Women and Girls (MMIWG) national inquiry, published June 3, 2019, evokes mixed feelings. Do I believe that it is a genocide? No. Labelling it as such implies that there is a single villain. They are the forgotten people. Neglected and vulnerable to crimes of violence. I have been a criminal lawyer for 13 years. In that time approximately 15 of my First Nations clients have died. The majority were young Indigenous girls.

How did they die?

Most died by homicide, suicide or overdose.

I have offices in Toronto and Kenora, Ont. (my hometown). Reading the MMIWG report forced me to reflect on my own life. My paternal grandmother was Métis. She truly felt like she was a “forgotten people,” referenced on page 20 of the Executive Summary of the MMIWG Report.

Traditionally, First Nations women were the decision makers on the reserve. They acted as chief-in-council and were well respected. But that changed over the decades. The testimonies throughout the report tell a different story. As criminal defence counsel, about 90 per cent of my clients in Kenora are First Nations. My office travels regularly to various First Nations reserves — most accessible only by tiny “flying cigar” plane.

A teenage female client once told me something that has shaped my perspective on the fear of some First Nations women and girls ever since. She told me that she wasn’t scared of going to jail but wanted my assurance that they would allow her to keep the light on in her cell.

Pikangikum, recently engulfed by fires, is the community my office frequents the most. It is plagued with violence, including homicides and suicides. Sadly, death of young people is routine in Pikangikum and other remote First Nations communities.

In 2012, Maclean’s magazine reported that Pikangikum held the title of the “suicide capital of the world.” In that article, Randy Keeper, a local carpenter who does double duty as the local undertaker, told Maclean’s that he stopped counting the number of funerals.

Most recently, the young daughter of one of my clients from Pikangikum was evacuated to a small city in Southern Ontario due to the threat of fires in the community. She was struck by a vehicle and killed while crossing the street.

While the death of each of my clients affects me profoundly, one in particular stands out.

I represented a female young offender from Pikangikum, age 14. We shall call her Lauren (not her real name). Lauren had been addicted to intoxicants since the age of 9. She was initially charged with mischief and two counts of breach of a probation order. On this set of charges, she was not detained.

At the time, court in Pikangikum was held in their hotel/restaurant. At one of Lauren’s court appearances, I was standing and speaking to a police officer about another client. I could see through the corner of my eye that Lauren was behind us, most likely waiting to speak to me.

I began wrapping up my discussion with the officer when “BAM” — something hard fell on the back of our legs.

Lauren had passed out, falling face first on the ground, her fall only slightly broken by the backs of our legs. The officer quickly assisted. Lauren came to and when asked about the last time she ate anything, she replied “three or four days ago.” She reeked of gasoline and was brought to the nursing station.

A week or so later, she incurred a new set of charges, specifically: assault with a weapon, assault and two counts of breach of an undertaking. I recall an axe being involved. Lauren was detained.

In Pikangikum, detainees are flown out to Kenora to appear in person before a justice of the peace. I met Lauren in the cells the following afternoon. The matter was adjourned, and we put together a release plan. Lauren was fixated on returning to her community. She was released on consent with strict conditions and flown back to Pikangikum.

Four days later, I received a call that Lauren had committed suicide. She hanged herself.

That week, court was cancelled. Court was frequently cancelled due to a death in the community.

About two months went by since Lauren’s death. As was my routine when in Kenora, I attended the cells first thing in the morning before attending court. I approached the female cell. I peered in, searching for my client, when I found myself face to face with Lauren!

Was I staring at a ghost? She seemed tired and didn’t respond to my questions. I ran to the office of the First Nations court worker to tell him that I had seen Lauren.

We waited for the Crown to arrive, as the court docket had not yet been printed. The Crown told us that I had actually seen Jackie (not her real name), the identical twin sister of Lauren.

I spoke to Jackie with the assistance of an interpreter; she spoke little to no English. We discussed her sister and I expressed my condolences. I went on to represent Jackie as counsel.

Through each election cycle we hear about the quality of life on First Nations reserves in Ontario. The hardships are not caused by genocide. These cyclical tragedies are caused by factors beyond the scope of this article. The MMIWG is an important report.

Most Canadians truly have no idea of the misery that is so much worse in remote First Nations communities — the forgotten people.

Laurelly Dale is a criminal defence lawyer with Dale Legal Firm. Contact her at ldale@dalelegalfirm.com.