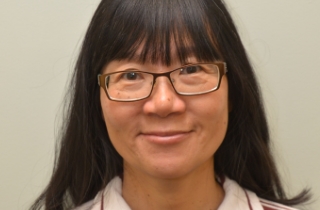 Legal Aid Ontario (LAO) has forsaken its “stated principle” of reducing the impact of budget cuts on “racialized” groups in its freezing of support to an Asian legal clinic now having to cut staff, curtail services and move due to rising rent, says the clinic’s director.

This follows the June 24 announcement by downtown Toronto’s Chinese and Southeast Asian Legal Clinic (CSALC) that it would file a formal appeal to the LAO after learning it will have its funding reduced and no longer get help for increases in “lease-related costs.”

The cuts to the CSALC are a result of the LAO facing a 30 per cent funding reduction for its 2019-2020 fiscal year as part of sweeping cost-saving measures by Ontario’s Progressive Conservative government.

In response, LAO announced the slashing of $14 million to its 73 legal aid clinics throughout the province, with clinics in Toronto the hardest hit.

The CSALC is facing a 1.2 per cent reduction and will not be provided “any in-year increases including lease-related costs,” according to a recent news release from the clinic, which is on Dundas Street West, near University Avenue.

As part of its appeal to the LAO, the clinic has made a “special request” that it receive help to cover a substantial rent increase it will face when its lease expires on Sept. 30.

CSALC director Avvy Go told The Lawyer’s Daily that the clinic, which has been at its current location for more than 30 years, is looking for cheaper space, but acknowledged it will be hit with higher rent wherever it ends up in Toronto due to skyrocketing commercial rents in that city.

She also said that even though the clinic has expanded to serve clients from the Greater Toronto Area and throughout the province, it would need to remain in the city due to the majority of its clients being there.

Go said her clinic pays around $7,000 per month under the current lease. If it were to stay at the Dundas Street location after September, it will pay $11,300.

As a result, at least one staffer of the nine employed at the clinic will have to be let go, and various services may end up having to be reduced in some form.

The CSALC served around 2,700 clients last year, not including those the clinic provided with “public legal education,” said Go.

According to its website, the clinic provides legal advice and referrals in areas including immigration, tenant's rights, employment standards, human rights and employment insurance.

“We’ve been trying to find a location with cheaper rent, but the reality is that in Toronto the rent just keeps going higher and higher every year,” she said. “We have been in the same building since we started our clinic in 1987. We’ve had the current lease [for the last five years], but you can imagine five years ago the real estate market in Toronto was different from today.”

Many of CSALC’s clients come to the clinic due to language and cultural barriers they may face at standard legal aid clinics.

“Legal Aid Ontario, when they make the decision how to cut, they specifically mention that they are guided by a number of principles, including the principle that they aim to reduce the impact of the cuts on racialized groups, including Indigenous people and people of colour, and that was the guiding principle of how they wanted to cut, which is why originally we only got 1.2 per cent of the overall budget cut. But by refusing to pay the in-year increase, we are effectively getting a much higher percentage of cut, which goes against their own stated principle of reducing the impact on racialized groups.”

LAO spokesperson Graeme Burk confirmed that “principles governing the … recent changes to the clinic funding system” includes the aim to “[r]educe impact on members of particularly disadvantaged communities,” including those in racialized communities.

According to information from the LAO, its clinics face funding cuts from around one per cent to around 11 per cent, with the majority falling toward the lower end of the scale. The average “adjustment” to clinics in Toronto is six per cent, with the exception of its Parkdale clinic, which faces its own $1 million cutback.

“The reduction to the CSALC budget was a modest 1.2 [per cent],” said Burk. “It is a completely unfair characterization to say that LAO did not live by its stated principle of minimizing impacts on racialized communities.”

Burk called the CSALC’s impending rent increase an “operational issue that has nothing to do with the most recent funding decisions” and something that “would present a problem in any fiscal environment.”

“It would … be inaccurate to say that LAO is withdrawing help with an impending rent increase,” he said. “The clinic had identified the increase was substantial and decided to explore other options. Indeed, we have met with CSALC and will continue to work with them to find an affordable solution.”

Burk did confirm the LAO has stopped providing funding to its clinics for increases in rent, and that they are being encouraged to “hold off from any long-term leases that go beyond” March 31, 2020.

Go was asked about Premier Doug Ford’s promise that nobody would go without legal aid as a result of the province’s cuts.

“I’m telling the premier that it is simply not true that nobody will be out legal aid, because, for sure, once you start cutting staff, there will be clients that will not get service, and I will gladly refer all these clients to his office — and the new attorney general’s office — and see how they could help them.”