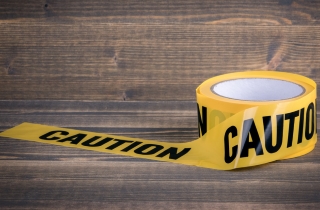 Most of the time, litigation produces a victor. But the victor isn’t always a winner. And sometimes there are no winners.
So it is with Colistro v. Tbaytel 2019 ONCA 197, a recent decision from the Ontario Court of Appeal arising from a wrongful dismissal case.

The case arose when Tbaytel (a municipally owned telecommunications company) re-hired Steve Benoit, an executive terminated by its predecessor 11 years earlier partly because of sexual harassment complaints directed at the plaintiff Linda Colistro and others. The termination, however, was not for cause.

Tbaytel did not know about the previous history and only discovered it when Colistro complained. At that point, Benoit was a probationary employee and could have been fired without consequence.

Colistro insisted that Benoit be let go. Instead, the company offered to accommodate Colistro by transferring her to an equivalent position in an adjacent building. She declined, left work and never returned. Ultimately, doctors diagnosed her with post-traumatic stress disorder and depression.

Colistro sued for constructive dismissal and intentional infliction of mental suffering, claiming some $3 million in damages. The trial judge, Justice John Fregeau of the Ontario Superior Court, found that she had been so dismissed and awarded her pay in lieu of 12 months’ notice. He dismissed the international infliction of mental suffering claim but awarded $100,000 for bad faith dismissal.

When the short-term salary continuance and long-term disability benefits Colistro had received over the notice period were deducted, however, her net award amounted to just $114,082, a pittance of the original $3 million claim.

The upshot, Fregeau concluded, was that Tbaytel and the City of Thunder Bay (Tbaytel’s predecessor and co-defendant) were the substantially successful parties, which mandated a costs award of $200,000 in their favour.

Both parties appealed, but were unsuccessful, leaving the trial judge’s decision in place in its entirety.

Arguably, nobody won here. Colistro ended up with a net liability of some $85,000, a sum which likely would not have come close to covering Tbaytel’s legal fees after a 13-day trial and subsequent appeal — quite apart from the other resources invested by the company in defending the claim.

And although George Vassos, a partner in the Toronto office of Littler Mendelson P.C., a global labour and employment law boutique, says the result was “horrible” for the employee and “great and right” for the employer, he cautions that there are lessons for all in the case.

“The decision is a wake-up call for all parties to be reasonable in their approach to prosecuting and defending claims,” he says.

For their part, employers need to understand that the case law developed by the Supreme Court of Canada is intended to protect employees.

“Our jurisprudence says employees are vulnerable, that employment contracts are unique and that they will be interpreted in favour of employees unless that’s clearly not the intention,” he says. “What that means is that employers have to be careful at every turn, make sure that the red flags go up whenever an employee expresses legitimate concerns and deal with the concerns in a sensitive way.”

More particularly, Vassos notes, employers who choose to re-hire an employee who has a history of victimizing a current employee risk liability for damages for constructive dismissal, bad faith and mental suffering.

And, Vassos adds, things are likely to get more onerous as time goes on.

“As the issues become more and more complicated and nuanced, there’s a greater onus on employers because they are the party with the greater bargaining power,” he says.

Still, cases like Calistro are hardly an inducement for prospective plaintiffs.

“As counsel to employees become increasingly aware of their clients’ susceptibility to huge costs awards even if they get judgment, we expect them to become more realistic in selecting the quantum of the damages claimed,” he says. “Some employees may even be reluctant to make a claim at all.”

Employers’ bargaining power and deep pockets, it appears, still count — even in the judicial process.

Julius Melnitzer is a freelance legal affairs journalist based in Mississauga, Ont. He can be reached at melnitzer@sympatico.ca.