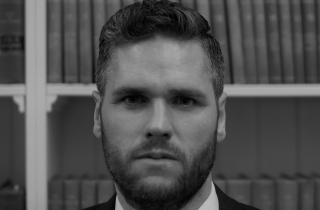 The Alberta Court of Appeal ruled the involuntary transfer of an inmate to a maximum security prison, after he was implicated in a drug smuggling investigation, was “unlawful” due to procedural unfairness.

“This was not a mere technical breach of the legislation. The procedural errors rendered the decision making process unfair and the decision, and resulting detention, are therefore unlawful,” determined Justice Marina Paperny in the decision released June 28.

Shayne Shoemaker, the appellant in Shoemaker v. Canada (Correctional Service of Canada Drumheller Institution), 2019 ABCA 266, is a federal offender serving a life sentence for first-degree murder. In 2018, he was an inmate at the Drumheller Institution, a minimum and medium security facility in Alberta, when drugs were smuggled into the facility resulting in two inmate deaths and the hospitalization of several others due to fentanyl overdoses.

According to court documents, Correctional Service of Canada (CSC) conducted an internal investigation on the matter, which implicated Shoemaker as “part of the institutional drug subculture and, specifically, as an individual suspected of facilitating the smuggling.”

Although Shoemaker was not charged in the investigation, it led to a review of his security assessment.

According to court documents, the acting warden decided the appellant’s security classification should be the maximum and Shoemaker was involuntarily transferred to a maximum-security facility, the Edmonton Institution.

Shoemaker challenged the decision and made an application for judicial review for habeas corpus with certiorari in aid. According to court documents, he argued that the transfer was “unlawful” because the decision was “unreasonable” and was made “in a procedurally unfair manner.”

The chambers judge, Justice Keith Yamauchi of the Court of Queen’s Bench of Alberta, dismissed the application on both grounds. According to court documents, the judge found the process of transfer and reclassification satisfied the “standard for procedural fairness required by the Supreme Court of Canada’s decisions” in Mission Institution v. Khela, 2014 SCC 24 and Baker v. Canada (Minister of Citizenship and Immigration), [1999] 2 S.C.R. 817.

The Court of Appeal determined it was unnecessary to address the “reasonableness of the warden’s decision in this case” as the decision was unlawful due to procedural unfairness.

Justice Paperny, for the Court of Appeal, noted that the Supreme Court of Canada stated in Khela that, “in the context of inmate transfers,” s. 27 of the Corrections and Conditional Release Act (CCRA) “guides the decision maker and elaborates on the resulting procedural rights.”

“Section 27 addresses disclosure requirements, and provides that the decision maker shall give the inmate ‘all the information that was considered in the taking of the decision or a summary of that information’, within a reasonable period before the decision is taken. Exceptions are made where disclosure of information would jeopardize personal safety, the security of a penitentiary, or the conduct of an investigation,” she added.

Justice Paperny explained that s. 12 of the Corrections and Conditional Release Regulations (CCRR) “elaborates” on other parts of the inmate transfer process. Under section 29, she noted, “the institutional head is to give the inmate ‘written notice of the proposed transfer, including the reasons for the proposed transfer’ ” and “ ‘after giving the inmate a reasonable opportunity to prepare representations, meet with the inmate to explain the reasons ... and give the inmate an opportunity to make representations.’ ”

“The inmate is to be given written notice of the final decision, and the reasons for it, at least two days before the transfer is to take place,” she added.

On appeal, Shoemaker argued that he was “not provided sufficient disclosure of the information considered to make the transfer decision.”

According to court documents, he was provided with “the A4D [assessment for decision], which included the basis for the recommendation that the appellant be reclassified as a maximum security offender and be transferred to Edmonton Institution on an involuntary basis. The A4D also included a summary of the source information that was withheld under s. 27(3).”

On this issue, the Court of Appeal agreed with Justice Yamauchi that the information given to Shoemaker “met the disclosure requirements of the CCRA.”

However, the court did not agree that the appellant was afforded a reasonable opportunity to prepare “representations and present a rebuttal to the proposed transfer.”

“The warden’s affidavit is unclear as to when the appellant was provided with the written A4D. The reasons of the chambers judge accept that the appellant received those documents from a parole officer on March 13, 2018 at around 2:00 pm. The appellant’s affidavit says he received the documents later than that, at 2:55, and met with the warden 5 minutes later at 3:00 pm,” Justice Paperny explained.

According to court documents, the warden and Shoemaker met again on March 14. “At the start of that meeting, the warden took the position that the appellant had already provided his rebuttal,” the court noted.

“Between the March 14th meeting and the making of the decision the following day, the appellant was given no further opportunity to present representations, written or otherwise, or to access counsel. The decisions were provided to the appellant on March 16th and he was transferred on March 19th,” wrote Justice Paperny, noting that the procedural requirements of the statute and the regulations are not “superfluous to an analysis of the duty of procedural fairness.”

The judge stated that “given the significant impact of this decision on the appellant’s liberty interest, five minutes, or even one hour, to review the written documentation provided and prepare a rebuttal to it cannot be considered a reasonable opportunity to respond.”

The Court of Appeal noted that the process had the “added effect of preventing the appellant from effectively seeking the assistance of counsel,” even though Shoemaker had informed “the authorities that he wished to do so” as recently as the March 14 Inmate Request form.

“The record does not reflect anyone, including the warden, taking any steps to ensure that the appellant could retain and instruct counsel, despite earlier correspondence and statements by the appellant indicating that he was attempting to do so. Moreover, correctional officers are not entitled to exclude the inmate’s counsel from participation in the process, as the warden here purported to do,” Justice Paperny wrote, adding that for a transfer decision to be lawful it “must be procedurally fair.”

Justice Paperny, with Justices Frans Slatter and Kevin Feehan in agreement, determined that Shoemaker “must be returned to his previous state of liberty pending the appellant being given a fair opportunity to present his rebuttal to the allegations made.”

Jared Craig, of Jared Craig Law and counsel for the appellant, said the most important thing he learned from this case is that lawyers who work in this area “keep fighting” and “never give up.”

“Where you feel that there’s injustice, you trust your instincts and you do the best you can,” he said.

“Obviously, you’re dealing with individuals who, by virtue of their incarceration, don’t have a lot of access to the courts,” he said, noting that he believes the influx of habeas applications recently signals two things.

“One, there are some issues there and prisoners want to be heard; and two, there’s not a lot of lawyers that are practising in this area,” he explained.

Craig said in some cases the significant barriers facing prisoners include illiteracy, mental health, lack of education, lack of access to services and representation.

“The bigger issues, I think, are about access to justice for prisoners,” he explained, noting that the larger impact of this case has yet to be determined.

“I was very grateful to the Court of Appeal for hearing the case and giving it careful consideration,” he said, adding that “ultimately” the decision turned on specific provisions of the “Corrections Act, regulations and directives.”

Correctional Service of Canada declined to comment on the decision.