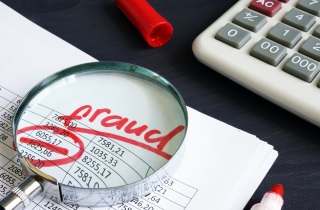 Knowledge of fraudulent person can’t be attributed to company

The Supreme Court of Canada (SCC) answered a delicate question in its Christine Dejong Medecine Professional Corp. v. DBDC Spadina Ltd. [2019] S.C.J. No. 30 decision: If a company is used by someone who is committing fraud, can that company be said to have known about that fraud?

The case involved two sets of victims who had been defrauded in an investment scheme. The victims had invested with a fraudster in jointly owned, single-purpose companies formed for the acquisition of specific real estate properties. After the victims invested funds in the companies, the fraudster extracted funds from the companies for her own use.

Knowing participation requires a number of things, but importantly, it requires actual knowledge of a wrongdoer’s breach of fiduciary duty or breach of trust. The corporate attribution doctrine was called into play because the alleged knowing participants were companies with no minds of their own. The respondents attempted to rely on the doctrine to show that the fraudster’s knowledge could be attributed to the companies.

The corporate attribution doctrine developed in the criminal context in response to the need to hold corporations criminally responsible for mens rea offences, which require the sort of mental state a corporation does not otherwise have.

In R. v. Canadian Dredge & Dock Co. [1985] 1 S.C.R. 662, the SCC held that, because a corporation only acts through its employees, the mental state of a directing mind can be attributed to the corporate entity. Effectively, the doctrine is a judicial device that allows for the natural person behind the corporation to be merged with the corporation itself, such that the corporation will be fixed with that person’s mental state.

However, in reasons that seemed to predict circumstances such as those raised by Dejong, the SCC also recognized in Canadian Dredge that if the directing mind is not acting on behalf or in the interests of the corporation, his or her mental state cannot be imputed to the corporation.

The SCC carved out exceptions for when the corporate attribution doctrine will not apply, including where the directing mind’s acts are in fraud of the corporation or are not for the corporation’s benefit.

It follows that the doctrine cannot be used to implicate a corporation for the conduct of someone who is acting counter to the corporation’s interests and purely for their own purposes.

The Court of Appeal split on how to apply the corporate attribution doctrine in Dejong. The majority considered these limits and held that a court can relax them, retaining the discretion to attribute the acts of a directing mind to a corporation even where those acts are in fraud of the corporation or not to its benefit.

The majority said control was the operative measure of whether to attribute or not: if a directing mind exercises complete control over a company and uses that company as a tool toward his or her own ends, the directing mind’s knowledge can be considered the company’s knowledge.

As a result, the companies at issue were held liable for the fraud on others, even though the companies had been victimized by that same fraud.

In response, the SCC adopted the reasons of the dissenting judge, Justice Katherine van Rensburg and overturned the majority’s judgment.

The court first confirmed that the three limits from Canadian Dredge continue to apply whenever the corporate attribution doctrine is invoked. Those limits cannot simply be disregarded in the civil context, as the Court of Appeal majority had suggested. A company that has been victimized by its directing mind cannot be identified with that wrongdoing.

The SCC also clarified that although courts have a residual discretion when it comes to the doctrine, the discretion only goes one way. On one hand, courts cannot ignore the limits identified in Canadian Dredge and attribute knowledge even where those limits have been met. On the other, there is always residual discretion not to apply the doctrine where doing so would work an injustice.

Overall, the holding in Dejong underscores the corporate attribution doctrine is only one of judicial necessity. The doctrine is not a free-for-all.

However, where a corporation that has been actively hurt by its directing mind or defrauded by him or her, it cannot be forced to share liability with that individual.

By underscoring the fundamental importance of the limits to corporate attribution, it seems the SCC has returned to the beginning, reaffirming the doctrine as originally articulated in Canadian Dredge.

Jeremy Opolsky is a senior associate in Torys’ Toronto office. Jeremy’s practice focuses on commercial litigation with an emphasis on complex insolvency litigation, shareholder and contractual disputes, disputes over use of confidential information, arbitration and appeals. Alicja Puchta is an associate in Torys’ Toronto office. Alicja’s practice focuses on litigation and dispute resolution, including intellectual property law, public law and business law.