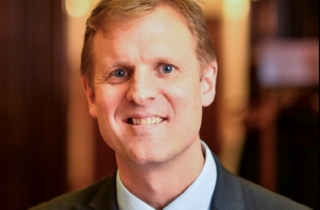 An advocacy group for justice reform is being given a grant to launch a study in which people will be shadowed to examine the long-term impacts of difficulties in accessing legal help for civil and family disputes.

The Canadian Forum on Civil Justice (CFCJ), a not-for-profit based out of Toronto’s Osgoode Hall Law School, will receive $25,000 from the Law Foundation of Ontario to start the year-long research project, which will begin in late spring of 2020.

Osgoode law professor Trevor Farrow, the principal behind the study, said the plan is to track a willing group of clients receiving services from a yet-to-be-determined number of Legal Aid Ontario clinics.

“The reason to work with clinics is there is a defined population of people that will be coming in the door,” said Farrow. “It will be done with research ethics approval … and you can track a particular kind intervention, like, for example, disability, landlord-tenant or vulnerable youth or specific kinds of legal issues that come up over and over in a given context. We know from other research that it is incredibly difficult to track general clients out in the world, and that is why this study is designed to focus on a particular context with a particular population, so that we can actually get some results.”

Farrow said the project will be about trying to “find a way to follow people who are receiving legal interventions” and find out if those interventions helped.

The research will then be used to look at roadblocks people face in accessing justice, generally.

A sign pointing to problems is an increase in the rate of those who self-represent.

“We know that when people show up in court or at a court services office, it typically takes significantly longer to service someone who is self-represented as opposed to someone who has a lawyer. That’s just a matter of fact. Lawyers have the training; they have the experience; they get how the system works, whereas everyday Canadians don’t. … That’s just one example of how supporting individuals leads to benefits, and specifically, cost savings to the system.”

It has yet to be determined how many people will make up the sample group.

“We know from some studies around the world that getting legal help leads to better results for people in different contexts,” he said. “We also know from emerging research … that investing in justice typically pays off multiples of the investment in terms of benefits. What we want to do is add to that cost-benefit analysis by looking at actual clients receiving actual legal interventions and following those people over a period of time and getting a sense … if their lives were improved because of the intervention and, if so, how. And that would include qualitative well-being, qualitative impacts, and also quantitative [impacts], including cost savings and cost benefits.”

This study follows the CFCJ’s Cost of Justice project, which ran from 2011 to 2018 and examined the short-term financial, physical and mental impacts experienced by people struggling with legal issues.

According to that study, 82 per cent of people who reported trying to solve a family law dispute experienced a “related health or social problem.”

The study also found that over any given three-year period, around 50 per cent of Canadians will experience at least one “serious everyday legal problem.”

Farrow said roadblocks include a lack of money, not knowing how to start the legal process or being intimidated by those in the legal sector.

“It’s all of that stuff. Simply put, people have a sense that law and lawyers are for people who have done something bad — I think that is the traditional view of the public about the law and lawyers.”

The legal sector has lagged in terms of compiling research, he said.

“Basically, we are [in the] very early days when it comes to impact research in the legal sector,” he said. “In other sectors, like health, we have seen good examples over a long period of time of researchers looking at medical interventions like drug therapies or other procedures and how they impact individuals; how they impact different communities; what the cost-benefit analysis is of those different interventions and what the overall cost [is] to the medical community and the overall provincial budget at large. When it comes to medicine, my understanding is we have a pretty good sense of what works, what doesn’t and what it costs. It would not be fair to say that we have the same kind of sophisticated understanding of how justice works — either in Ontario or anywhere in the world. We have anecdotal evidence, [and] we have limited examples of evidence-based policy, [but] we do not have a tradition of sophisticated empirical research in the legal community and so we are at a stage now where we are actively playing catch-up.”

Farrow said governments must pour greater resources into legal services. This, after Ontario’s government, as part of its provincial budget unveiling in April, announced a 30 per cent cut to legal aid as part of widespread cost savings.

“I think it’s a false economy to say that saving money on justice to put it elsewhere in the system is a good idea. What our research demonstrated, and what some of the early research around the world is showing, is that … every dollar you spend on justice typically bears significant amounts of fruit and significantly more than the dollar put in. What we ultimately really need to do is start persuading those who hold the purse strings that … justice needs to be invested in. At the moment, it is significantly underfunded, and we will be collectively way better off if we adequately fund it. It will actually save us money in the end in terms of housing costs, medical costs, social assistance costs.”