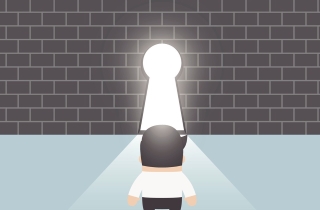 Legalization of cannabis has left those with past cannabis possession charges in an unfair situation. There have been numerous attempts to address this issue. Recently, the government of Canada introduced Bill C-93 which proposes to allow Canadians who have been previously convicted only of simple cannabis possession to apply for a record suspension with no application fee or wait period, once their sentence has been served. Moreover, there have been discussions if cannabis record suspension can be made automatic.

While automatically and proactively clearing records for cannabis possession convictions may not be practical, it can be considered a better policy than putting the burden on individuals to apply for such relief.

The purpose of record suspension is to reduce barriers to reintegration by opening doors to educational programs, housing, job opportunities and even the ability to simply volunteer in different communities. Suspended criminal records can only be disclosed by the minister of Public Safety in exceptional circumstances and would not normally be disclosed when a background check is conducted, such as for employment, housing, a passport or a loan.

Bill C-93 would waive the pardon application wait period and application fees paid to the Parole Board of Canada for those whose convictions are only for simple possession of cannabis. The Parole Board of Canada will order the pardon provided the applicant has convictions only for simple possession of cannabis, has completed his or her sentence and has not had a new conviction prior to the record being suspended.

It is important to shed light on the reasons why making cannabis record suspension automatic might not be the best practical approach.

For instance, Conservative MP Pierre Paul-Hus didn’t completely dismiss Bill C-93 but stated a reasonable point that cannabis record suspension applicants should have to pay some fee to cover the administrative costs, instead of leaving it entirely to taxpayers to foot the bill. This seems to be a reasonable argument as it does not disregard the importance of making cannabis record suspension automatic.

The argument also encompasses the need to ensure that taxpayers are not unfairly burdened.

Moreover, an application-based system is an effective way to ensure both broad access to record suspension and informed decision making. Requiring applicants to satisfy the board that they were only convicted of simple possession of cannabis will help ensure that the Parole Board of Canada has complete and up to date information on the individual’s criminal history prior to processing the file. An application-based system also ensures that the process is quicker and effective.

However, there are compellable reasons on why we should make cannabis record suspension automatic. Most individuals with cannabis possession charge or simply a criminal record are already facing barriers in reintegrating into the society. For instance, Prime Minister Justin Trudeau acknowledged that various communities suffered from discriminatory enforcement of the law under prohibition.

He stated that “There is a disproportionate representation of young people from minorities, racialized communities who are saddled with criminal convictions for simple possession as a significant further challenge to success in the job market.”

NDP Leader Jagmeet Singh also stated that the fact that black or Indigenous Canadians were disproportionately affected by the criminalization of cannabis was an argument in favour of automatic record suspension for the simple cannabis possession charge.

Furthermore, if you look at the history of cannabis convictions, it’s clear that marginalized communities, racialized communities and Indigenous communities have been disproportionately convicted. It seems reasonable to argue that individuals with past cannabis possession charges have already been disadvantaged and have access to limited jobs and educational opportunities. Hence, these individuals must not be burdened any more to apply for relief.

The question “should we make cannabis record suspension automatic?’’ may not have a definitive answer. It is a balancing exercise.

Considering both sides, it is a fair effort that the proposed legislation is drastically simplifying cannabis record suspension for simple possession charges.

The proposed legislation takes into account the unaffordable fee of $631 and the five-year wait time that might prolong problems of those convicted. The aim of the proposed legislation seems to legitimately help these individuals reintegrate into society quickly. However, to push the intention of helping these individuals a step forward we can vouch for making cannabis record suspension automatic. As these individuals are already from marginalized communities and radicalized communities, we must not put added pressure to apply for such relief. It is definitely a better policy to have automatic cannabis record suspension, but the bigger question still remains if it is achievable and practical.

Rabeea Khalid is an internationally trained lawyer and an LLM graduate from Osgoode Hall Law School. She is currently going through the lawyer licensing process and is a fierce advocate for access to justice issues in Canada. She is working at a legal-tech startup ParDONE that helps individuals with criminal records go through the record suspension process. She can be found on LinkedIn here.

Interested in writing for us? To learn more about how you can add your voice to The Lawyer’s Daily, contact Analysis Editor Peter Carter at peter.carter@lexisnexis.ca.