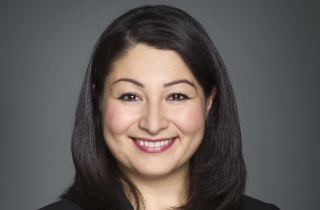 The government of Canada will be dedicating almost $2 million to national women’s legal organizations in an effort to “help women receive greater support from, and fair and equal treatment by, Canada’s justice system.”

The announcement was made by Maryam Monsef, minister of International Development and minister for Women and Gender Equality, on July 16. It said the National Association of Women and the Law (NAWL) and the Women’s Legal Education and Action Fund (LEAF) are the funding recipients.

“Ensuring that women and gender diverse peoples are engaged in, and supported by, our legal and justice systems is a priority for our government,” said Monsef in a statement.

“For far too long, change-making feminist legal organizations like LEAF, West Coast LEAF and NAWL have been undervalued, underfunded and undermined, but no more. With stable and flexible funding, we are helping organizations like these grow and endure, because investing in women’s organizations is the most effective way to advance gender equality,” she added.

According to a government release, NAWL will be receiving more than $980,000 to “increase the meaningful participation of women in the law-making process.” The release noted that NAWL will be developing a “national law reform network” to foster collaboration between feminist law students, legal academics, lawyers and women’s organizations to achieve greater gender equality in the justice system.

“As a proudly feminist not-for-profit, NAWL has been leading feminist law reform advocacy to advance the equality rights of women in Canada since 1974. Thanks to this crucial investment from the government of Canada, we will be able to strengthen our organization, expand our collaborations with other women’s equality-seeking organizations, and ultimately have a bigger impact on public policy,” said NAWL’s director, Suki Beavers.

LEAF will be receiving $880,000 to develop a “modern, intersectional and feminist strategic litigation plan” to enable feminists and gender equality advocates to address systemic barriers to gender equality and eliminate gender discrimination.

“LEAF has established a reputation as an expert in constitutional equality law, and this is thanks to the dedication and talent of amazing advocates from across the country who have donated their time and efforts to our organization,” said Megan Stephens, executive director and general counsel at LEAF.

Stephens explained that LEAF’s new five-year strategic litigation plan will allow the organization to build on its expertise and continue working towards gender equality in Canada.

“We can only build this plan through collaboration and consultation with other organizations and individuals engaged in feminist advocacy and service delivery. We invite other organizations to reach out to us and share their knowledge and perspectives on the lived experiences of those impacted most by the law. With this new federal investment, we can integrate this wealth and diversity of expertise into a clear, leading voice for substantive equality in Canada,” she added.

According to the government release, in 2017, approximately 8 out of 10 incidents of intimate partner violence reported to the police were made by women. In that same year, 14 per cent of sexual assaults reported to all police forces in Canada were classified as unfounded.

The funding announcement noted that government’s 2018 budget dedicated $100 million over five years to support a “viable and sustainable women’s movement across Canada.” The 2019 budget proposed to invest an additional $160 million over five years, starting in 2019-20, in the Department for Women and Gender Equality’s Women’s Program. The aim is that by 2023-2024, the women’s program, which supports eligible organizations to carry out projects to advance equality by addressing systemic barriers, will total $100 million annually.

“By supporting a movement that has achieved amazing results, we are growing the middle class, strengthening families and communities and creating a more just and equal society for everyone,” Monsef said.

The government’s announcement also highlighted two other projects receiving funding under the Women and Gender Equality Canada (WAGE)’s Women’s Program, which seeks to “improve gender equality in the justice system.” The projects include the “Empowering Women for Community Action” project done by LEAF and the Metropolitan Action Committee on Violence Against Women and Children (METRAC). METRAC’s Action on Violence and the Women’s Centre for Social Justice aim to “strengthen the justice system’s response to women survivors of sexual violence.”

The second project, “Dismantling the Barriers to Reporting Sexual Assault,” involves West Coast LEAF and the YWCA Metro Vancouver working together to “eliminate barriers in the justice system that impede how women report sexual assaults in Vancouver.”

“By bringing forward policies that advance gender equality, we can add $150 billion to Canada’s economy over the next decade. We will fill critical labour shortages, and our economy will become more competitive and resilient,” she said, noting that the best way to advance gender equality is by investing in organizations doing the work on the ground.

“The strategy is focused on three pillars: prevention, support for survivors and their families and more responsive legal and justice systems. Governments can’t do this work alone. We view investments in trusted partners, such as legal organizations, as smart investments that make a real difference in the lives on Canadians,” she stressed.

Monsef explained that NAWL and LEAF were chosen to receive the funding because they were doing “important work without sustainable source funding.”

“Now, with secured funding, their talented teams can focus on the work that transforms and saves lives each and every day,” she said, adding that both organizations have strong track records of advancing gender equality in the legal system and the government is “excited to be investing in their work.”

“We believe the best way to advance gender equality is by investing in women’s and equality seeking organizations,” she said, noting that people interested in partnering with the government to continue this work should consider joining the Equality Fund.

“We’ve made a lot of progress with much more work ahead. Our team will always stand up for equality and a more resilient Canada. We know this progress is not carved in stone, so please push back against pushback that has always come when we have taken a step forward. We are part of a movement that’s existed long before any of us got here — a movement that will continue long after we are gone. Together, we can ensure this movement is strong, resilient, united and focused to achieve the United Nations Sustainable Development Goals by 2030,” she explained.