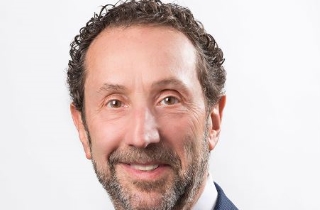 Judges must evaluate ‘subtle and exacting’ use of interpreters, court finds

Judges in criminal matters must ensure that foreign-speaking accused understand an interpreter is at their disposal if needed, says a lawyer following a recent appeal decision in which the court gave a stern reminder of this constitutional language right.

This refresher came via the July 10 Court of Appeal of Manitoba decision in R. v. Gebru 2019 MBCA 73, which involved an Ethiopian-born man seeking a new trial after being convicted of counselling to commit both robbery and murder.

Amare Gebru, who arrived in Canada in 2006, was found guilty of attempting to hire someone to rob and kill his business partner in 2012. Gebru was arrested, and during both his dealings with the police and the trial had an interpreter available to translate between Amharic and English.

At the trial’s outset, Gebru’s then-lawyer said his English was “quite good” but that “there may come the odd time where he needs assistance … of an interpreter.”

During the Crown’s cross examination, Gebru used the interpreter on “brief occasions,” including when he was “struggling to express himself.” He occasionally switched to speaking in his native tongue. At one point, the judge interrupted to remind Gebru to use the interpreter if he had trouble understanding.

But at appeal, Gebru asserted there was a “departure from the constitutionally guaranteed standard of interpretation assistance which requires ‘continuity, precision, impartiality, competency and contemporaneousness.’ ”

Gebru alleged the trial judge failed in the “independent responsibility” to ensure Gebru could understand and was understood.

But Appeal Court Justice Karen Simonsen, with Justices Christopher Mainella and Janice leMaistre in agreement, dismissed Gebru’s appeal, finding his English to be good enough at trial and that an interpreter was there should he have needed one. The court also noted that Gebru did not object at the time as to how interpretation was handled.

But the court found that “a more robust inquiry about [Gebru’s] need by the trial judge, at the outset, would have been preferable to what occurred” and reminded judges of their responsibility to those whose first language is something other than what is being used in proceedings.

The Appeal Court cast its eyes toward case law in R. v. Tran [1994] 2 S.C.R. 951, calling it “the leading authority” on the right to language interpretation.

“The extent of what a trial judge must do when an interpreter first becomes involved in a trial is a matter of discretion in the circumstances,” wrote Justice Simonsen. “However, much has been said on the subject in both case law and legal literature.”

A “preliminary explanation” of the right to interpretation, examining the interpreter’s impartiality and qualifications and explaining the type of interpretation to be used are included in what judges must do, the court found.

“A trial judge’s gatekeeping role includes canvassing and satisfying him or herself of the impartiality and qualifications of an interpreter. The interpreter is in effect an expert and court interpretation is an ‘extremely subtle and exacting’ function. In performing the gatekeeping role, the trial judge should keep in mind that various dialects may exist in a foreign language.”

“I think it’s a needed reminder throughout the country,” Simmonds told The Lawyer’s Daily. “In the 21st century, where the Canadian mosaic has even greater broadness to it in the sense that we are getting people from many, many other countries making Charter applications, these are individuals who must understand the ability to testify; how they are going to give their evidence; they must understand the evidence being given in other languages. We are a global community. The number of languages now being spoken in Canada is at an all-time high.”

Judges must make sure right from the beginning that interpretation is available, he said.

Simmonds said he will use his own interpreter if there are language barriers when interviewing clients at his office and that he routinely takes his own translator to evaluate the competency of the interpreter in court.

Simmonds also said he has seen interpreters “set aside by a judge because it is clear they were not interpreting properly.”