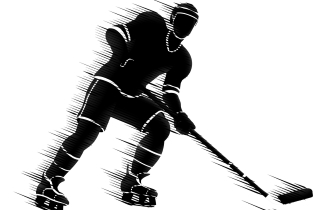 The plaintiffs in this action are current and former hockey players who played in the Quebec Major Junior Hockey League (QMHJL) in Quebec, Prince Edward Island, New Brunswick and Nova Scotia. The defendants in this class action, QMHJL, oversee the organization of the hockey league including 12 teams based in Quebec, three in New Brunswick, two in Nova Scotia and one in P.E.I. All 18 teams are named as defendants in the action.

The plaintiffs claim that players in the QMHJL signed a contract when they joined their team and became employees for the teams they play on. The players claim they spend 35 to 40 hours per week and more including travel, practices, promotional events and games and that they do not receive hourly pay, overtime pay, vacation pay or holiday compensation. At issue is whether the plaintiffs are considered employees, and if yes, whether they should receive the sums provided for by employment legislation in the applicable provinces.

The court, at para. 69 of the decision, authorized the class action noting, “the Tribunal finds that the Applicants refer to a justifiable case. The main issue raised by the proposed remedy, namely that the relationship of players with the League and the teams is of the nature of an employee / employer relationship, is established at first sight. The proposed action meets the criteria of Article 575 of the Code of Civil Procedure ...”

Employment law class actions are a relatively new phenomenon in Canada. A slew of recent employment law class actions were certified in Ontario, beginning with the certification decision in Omarali v. Just Energy 2016 ONSC 4094. This case involved allegations by current and former sales agents who alleged that the defendant breached the Employment Standards Act, 2000 (ESA) by classifying workers as independent contractors and failing to provide them with minimum wage, overtime and other benefits provided to employees under the Act.

A similar class action against Deloitte was certified in Ontario in Sondhi v. Deloitte Management Services LP 2017 ONSC 2122. This case involves allegations by lawyers who provided document review services to the defendant who allege that they are employees of Deloitte and should be entitled to the benefits provided under the ESA, including overtime, vacation pay and holiday pay.

In the initial certification motion, at para. 24, Justice Edward Belobaba noted, “… class actions alleging the misclassification of employees as independent contractors are increasing. Because of increasing pressure to reduce labour costs and increase productivity, many Canadian employers are substituting self-employed labour for employees … transforming the workers into self-employed casuals who report for duty only when required.”

Another notable case involving employment law class actions is Heller v. Uber Technologies Inc. 2019 ONCA 1. Similarly, the case involves the question of whether Uber drivers are employees or independent contractors, and whether they have any entitlement to the benefits under the ESA. The class action was at a standstill while Uber sought to have the litigation stayed in favour of arbitration. The Court of Appeal overturned the lower court’s decision staying the action finding the arbitration clause was invalid.

The Supreme Court of Canada granted Uber’s application for leave to appeal the Court of Appeal’s decision. This highly anticipated appeal will be heard in the fall.

As this area of law continues to develop we will have to watch how these types of class actions evolve before the courts.

Jacqueline M. Palef is an associate at Lerners LLP in Toronto. Her practice is focused on plaintiff and defence class actions and appeals.