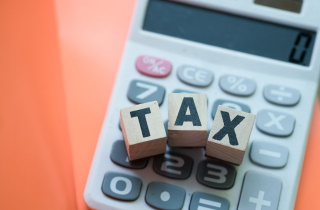 The Tax Court of Canada will soon conduct a pilot project, called a Preliminary Ruling Docket (PRD), which will offer a more expeditious, cost-effective way to obtain a preliminary ruling from the Tax Court. The opinion would not be binding on the parties.

The PRD will begin Sept. 1 in Toronto and Vancouver and will run for six to nine months. The court will be evaluating the pilot project to determine what changes, if any, may be required or if a rule should be adopted.

While the rules are still being refined, what is clear is that the amount in dispute would have to be from $25,000 to $300,000 for each taxation year.

How the process will work

First, the parties must apply to the court so that they may be added to the PRD within 90 days from the close of pleadings. The application must be a joint consent application by counsel and the court would have absolute discretion to determine whether or not the appeal is appropriate for the PRD pilot project. If accepted, a hearing would be scheduled for a maximum duration of two days.

Once a hearing is scheduled, both parties must present a pre-hearing brief with respect to the facts, issues, law and reasons. The brief can’t be longer than 20 pages and must be presented 30 days prior to the hearing.

There would be no discovery or documentation production for the preliminary ruling. Unless the court directs otherwise, neither party may rely upon any documents at the preliminary hearing unless the document has been produced to the other party at least 30 days prior to the hearing. Except in rare circumstances, no experts would be allowed. At the hearing, the Rules of Evidence shall be the same as those applicable to informal appeals.

Also, the file and all file materials associated with the preliminary hearing would be sealed and the judge who presides over the preliminary ruling cannot participate in the file in any fashion in the future.

If either party does not agree with the preliminary ruling, however, the parties shall proceed with the litigation in the normal course of events according to a litigation timetable and the judge may award costs, under the General Procedure Rules.

While the requirement for the parties to have counsel contradicts the PRD’s goal to be cost effective, it is a measure put in place in order to evaluate the merits of the program. It is possible that if the PRD is implemented, the requirement may be relaxed or removed.

In essence, the PRD is similar to the Informal Procedure Rules, but the difference is that it is a non-binding ruling. What I particularly like about this process is that while it is non-binding, a party who rejects the judge’s preliminary ruling would be considered to have rejected a written offer of settlement.

Rule 143 triggers the possibility of substantial indemnity costs, which the court has proved willing to enforce. The possibility of having significant costs awarded should make it very difficult for either party to reject preliminary rulings, freeing judicial resources.

The PRD is a great tool for taxpayers. If an appeal qualifies based on the amount in dispute, anyone who has a tax issue in the range of $25,000 to $300,000 would be wise to go this route.