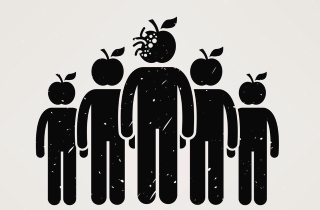 It is nothing less than a national tragedy that the Royal Canadian Mounted Police (RCMP) — a police force that used to be respected — is now dealing with a second $100 million class action sexual harassment settlement by female officers. For more than 100 years, the RCMP was a police force with integrity, distinction and honour. The worldwide perception of the RCMP was right up there with England’s MI5 and MI6 as well as the FBI.

The RCMP sexual harassment complaints first started coming to light around 2007, revealing a disturbing pattern of behaviour that had been present for decades. This fall from grace — and there may be more sexual harassment class action lawsuits coming — is a serious blow to the RCMP’s formerly pristine reputation.

For those of us who grew up not in democracies but in countries that were in the grip of communist rule, or even dictators, this is a terrifying thought: when law enforcement is disrespected, mistrusted or even feared, we should all start to worry what that means for the carriage of justice in Canada.

Since women were allowed to join the RCMP in 1974, gender discrimination and sexual harassment have been prevalent and silently swept under the rug within the organization. The RCMP has systematically allowed the perpetuation of a culture where bullying, harassment and discrimination have flourished, and female officers and women who work with the force have been left to fend for themselves with little to no support and little to no repercussions for the perpetrators.

Cheryl Tiller, the representative plaintiff in the most recent class action, says that the harassment she experienced in 2007 by a sergeant was reported to the police by a witness, but the prosecutor left it to the RCMP to handle, who simply moved the sergeant to a different detachment and he faced no other punitive action. (It is the same approach that the Catholic church used to deal with priests accused of sexually abusing boys and girls: rather than invoking discipline, the church moved the priest to another location — the very definition of “kicking the can down the road.”)

The same male-dominated culture and macho attitude that pervades many police forces is present in the RCMP. These attitudes combined with the isolated locales of many RCMP forces and lack of third-party oversight in the organization has led to a particularly toxic environment for women. The culture within the RCMP fosters the protection of perpetrators and the covering up of complaints.

Oversight and remediation seem to be problematic for the RCMP, too. A 2013 Senate report urged the RCMP to take immediate action to address the flaws in its workplace harassment response, but a follow-up report in 2017 found that almost none of the 2013 recommendations had been meaningfully implemented.

When women’s harassment complaints are not taken seriously, ignored or dismissed, women are left feeling devalued, demoralized and often hopeless. Without proper support, women are left to deal with the crippling symptoms of PTSD on their own, as well as the shame and depression that often accompany sexual harassment and assault.

The problem is even more ubiquitous than initially believed. In the 2016 settlement, the RCMP estimated that approximately 1,000 women would come forward with valid harassment complaints — in reality the number was over three times that amount. Changing attitudes and norms, as well as the success and visibility of #MeToo and other similar movements have likely prompted a greater number of victims to come forward and share their stories.

The extent of the harassment allegations within such a high-profile federal organization has a serious impact on public confidence in the RCMP. At a time when all police forces are being scrutinized for their approach in handling sexual assault and rape investigations, it does not bode well for the RCMP to be viewed as hostile to women within its own ranks. Members’ poor mental health as a result of harassment and the accompanying mistrust and intimidation within the force impacts the RCMP’s ability to protect and serve Canadian communities.

This is part one of a two-part series. Part two: Staunching RCMP harassment culture