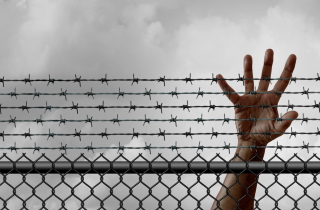 Access to justice, particularly for the most vulnerable persons in society, is a key issue in policy debates in Canada. Refugees are persons who have fled from traumatizing circumstances and need the legal system to facilitate the establishment of their refugee claims.

For claimants to have proper access to justice, they must first be able to lodge a refugee claim before the Immigration and Refugee Board (IRB), a quasi-judicial tribunal, with timely assistance of legal counsel. Secondly, there must be legal rules that are applied fairly (substantive dimension). Thirdly, the claimant must be accorded due respect while their claim is being determined (symbolic access to justice).

Canada’s refugee system periodically undergoes changes and some of them have proved to be obstacles to the refugees’ access to justice. The most recent changes are contained in the Budget Implementation Act 2019 that came into effect in June. The changes therein pertaining to the Immigration and Refugee Protection Act will adversely affect refugee claimants’ access to justice. The most important ones are the new ineligibility for claimants who have made a claim in another country with which Canada has an information-sharing agreement, and changes to the Pre-Removal Risk Assessment (PRRA). At the provincial level, the Ontario government cut funding for Legal Aid Ontario (LAO) which has been supporting claimants.

The Act makes a person ineligible to make a refugee claim in Canada and thus to be heard by the IRB if they have previously made a refugee claim in another country with whom Canada has an information-sharing agreement (U.S., Australia, New Zealand and U.K.). This ineligibility means that many claimants in need of Canada’s protection from well-founded fear in their country of origin will be denied access to the refugee determination system. This will bar claimants who have simply “made a claim” in one of those countries from having their claim heard by the IRB regardless of whether a decision was ever made on that claim.

The Refugee Convention does not legally oblige any person to seek refuge in the first country of asylum they reach. Furthermore, Canada has a legal obligation not to return claimants to countries where they face persecution or death. Claimants from the U.S. come to Canada because the current U.S. administration does not provide the same protections.

Ineligible claimants will now have access only to a (PRRA). This is not a good substitute for a hearing at the IRB. It is procedurally inferior because it provides less fairness — it is just an upgraded interview by junior inexperienced civil servants with limited training. It is managed by IRCC which lacks the capacity to handle thousands of additional applications.

Claimants will wait longer for a decision due to inefficiency in the process. Claimants cannot appeal to the Refugee Appeal Division in case of a negative decision but can only apply for a judicial review which does not stop their removal from Canada while it is considered.

The weaknesses in the process will lead to claims being denied and claimants are likely to be removed from Canada and returned to the persecution they fled from. The Act is likely to lead to legal challenges because it engages the Canadian Charter of Rights and Freedoms and the Supreme Court’s 1985 Singh decision (Singh v. Canada (Minister of Employment and Immigration) [1985] 1 S.C.R. 177), which determined that claimants are entitled to an oral hearing in accordance with the principles of fundamental justice and international law.

LAO is mandated to promote access to justice for Ontario low-income individuals including refugee claimants. In April, the government cut 30 per cent of the LAO budget meaning that claimants will now be denied timely representation by legal counsel. The lack of access to counsel can undermine meaningful participation and jeopardize fairness, thus putting both procedural and substantive access to justice at risk.

Submitting a refugee claim to IRB is complicated and requires knowledge of the Canadian legal system. It will destabilize the justice system by causing inefficiency, backlogs and disruption in the administration of justice. Dana Fisher, a legal aid lawyer interviewed by CBC said, “From the immigration perspective, these are individuals who are facing extradition and torture and persecution and these are real lives that are going to suffer as a result of these cuts.”

Queen’s law professor Sherry Aiken called the specific targeting of claimants “unconscionable” adding that the budget cuts will likely result in a legal challenge because it targets a specific segment of the population.

In conclusion, the Budget Implementation Act and the LAO cuts clearly undermine the refugee determination process and access to justice, denying refugee claimants the right to a fair hearing, the bedrock of natural justice.

Stephen Kaduuli is the refugee rights policy analyst at Citizens for Public Justice. He is a social scientist with paralegal training. He is very passionate about public justice issues including refugee and forced migration issues, poverty reduction and access to justice.