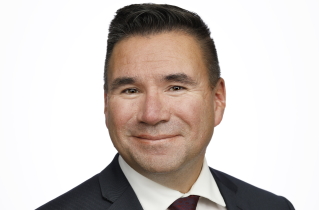 The Canadian Bar Association’s (CBA) incoming vice-president, Brad Regehr, will be the first Indigenous person to hold the position of president when Vivene Salmon’s term ends in 2020. His goal as VP is to support Salmon’s goals for the organization, but looking ahead, Regehr would like to increase continuing professional development and focus on reconciliation.

Regehr, is a member of the Peter Ballantyne Cree Nation in Saskatchewan and a partner at Maurice Law in Winnipeg. He has experience in Aboriginal law, corporate/commercial law, civil litigation and administrative law and is passionate about the CBA.

“I, of course, see myself, in a supportive role of the president,” he said, stressing that Salmon’s “priorities have to take precedence.”

The current incoming president’s goals are similar to Regehr’s in that they both want to engage with young lawyers and believe that the CBA should be inclusive and support diversity.

“One of my goals is to try and reach out to young lawyers and law students because they are the future of the organization,” explained Regehr, noting that when he is president he hopes to meet as many young lawyers and students as possible to “talk to them about the benefits of joining the CBA.”

“The organization too needs to be adaptive to what that generation needs,” he added, stressing the advancement in technology over the past decade.

“When I drop by law schools now it’s so much different than when I was there. I tell them I wrote on a pad of paper and there [weren’t] any plug-ins for laptops. There was one guy with a laptop, and this was in the early ’90s,” he said of his law school experience.

The incoming VP said that enhancing membership for CBA current members and making it attractive for non-members is very important to him.

“I want to bring in more members into the CBA. I want to be able to show people, both members and non-members, the value of what the CBA can bring them into their everyday practice and their lives in general,” he said, noting that, in his opinion, the CBA provides the best continuing professional development (CPD) in the country.

“I would like to see that enhanced. I think that’s a big attractive factor for people, and I know that we actually have about 50 free CPD sessions right now for members, he explained, adding that he wants to see the CBA be the “premier provider of CPD for lawyers in Canada.”

Regehr noted that CPD through the CBA has had an impact on his career as he attends the Aboriginal Law Section’s annual conference every year to maintain his mandatory CPD credits. Another important aspect that drew him to the organization was its advocacy work and the opportunity for networking.

“I’ve been on the Legislation and Law Reform Committee; I was on the former Communications Committee; I was on the former Professional Development Committee. I’ve seen what the CBA does and what it’s capable of and I’ve seen the respect that its voice is given by governments. I don’t see another association getting that,” he said, adding that when the CBA speaks “people listen, governments listen, [and] policy makers listen.”

Regehr believes his experience with the CBA, as well as his own practice, will help him in his role as VP.

“I was on the branch executive and heavily involved in sections, for many, many years, so I understand the concerns, priorities and sections. I’ve been on the board under the old model and under the new model, so I can sort of see what worked better in this situation and what worked better in that situation,” he said, noting that in his own practice he’s worked with multidisciplinary teams.

Regehr said he’s “unabashed” in believing the CBA is the best association to belong to.

“I’m committed to the CBA. I’m passionate about the CBA and what it does,” he said, “It’s got the best voice; it does the best work, I think. I’m not trying to diminish what the other associations do. They do important work. They do what they do within their area, but the CBA crosses so many [areas]. It offers so much and as I said, I’m passionate about that. I just want to see the organization maintain that influence, maintain those services, and enhance them and increase its membership to convince people this is really something that’s worth investing in and getting involved in.”

The incoming VP noted that access to justice is an important priority for him, and the CBA, but looking towards future initiatives, Regehr would like to focus on reconciliation.

“Reconciliation is a big issue for me. The CBA created a task force. We looked at the calls to action and the CBA responded with its own, developed its own report that the board approved and is taking concrete steps within the organization to do what it can do as part of reconciliation,” he said.

“I want to make sure that the CBA is accessible to everyone, that its doors are open for everyone to join and it can provide services to everybody,” he stressed.

Regehr will take on the role of VP in September.